Fred Armisen: The Funny Side of Music

Comedian, musician and former Saturday Night Live star Fred Armisen brings his new show Comedy For Musicians But Everyone Is Welcome, to Auckland in September. He spoke to Elliott Childs about the similarities and differences between comedy and music. 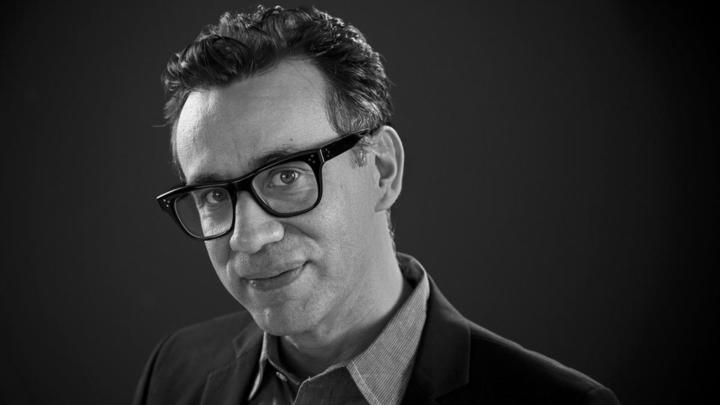 Fred Armisen's music credentials are better than any other comedian you care to mention.

But comedy is what made Armisen famous. He made a name for himself on Saturday Night Live, where he was a cast member for 11 years from 2004, to 2013. Since then he's carved out a niche as a brilliantly observant and often hilariously bizarre comedic actor.

In 2017 Armisen created the live comedy show Standup for Drummers for Netflix and was nominated for a Grammy for Best Comedy Album. Now he's expanded the concept with his new show Comedy for Musicians. 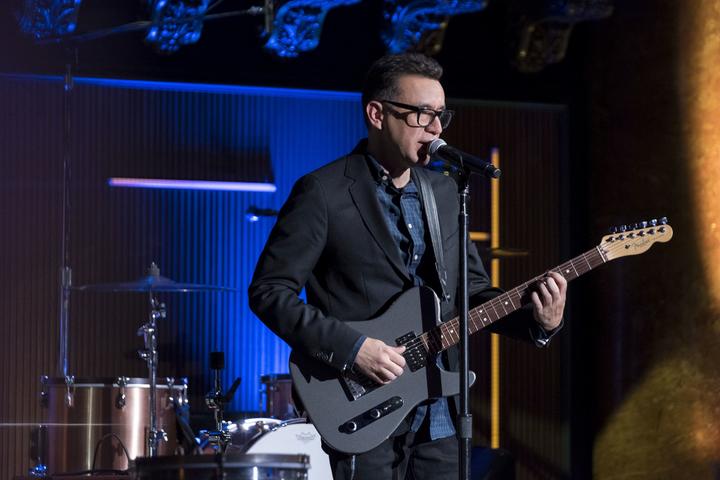 Fred Armisen on stage during Standup For Drummers Photo: Courtesy of Netflix

"It's all new stuff," says Armisen.

"It's not just drummer focused. It's guitar, I talk about bass a little bit. Different styles of music."

One place where the life of a working comedian differs from that of a musician is that comedians can't go out and play their greatest hits. And "covering" someone else's material is considered joke theft.

"Once the Netflix thing's out, it's almost like, I can't really do any of it anymore.

"Although I have a fantasy," says Armisen. "I have like a wish to do an album. And a show of all cover jokes, just jokes from other comedians, but addressing it. Like 'this is you know, this came out whatever year, this is from so on'. Do like three in a row from different comedians. That would be amazing."

But there are of course some similarities between comedy and music and Armisen draws parallels between his time in a band and working with a sketch comedy group.

"I always approach it like music. When I was doing Saturday Night Live as I'd walk out onto the stage, it was exactly what it was like to walk on stage doing music."

The worlds of comedy and music have become a lot closer in recent years with comedians interviewing musicians on podcasts and musicians making guest appearances on irreverent comedy shows such as Bob's Burgers.

Armisen's show Portlandia is a prime example of the two worlds meeting. Not only does it star Carrie Brownstein but musicians such as Pearl Jam's Eddie Vedder, Amie Mann and Mike Nesmith have made appearances.

Armisen has noticed the trend and says the crossovers are in part caused by a version of professional jealousy.

"I think each group wants to be the other group. I think a lot of comedians want to be rock stars and musicians."

"If you're in a band, you're just goofing around and try to make each other laugh. So you get frustrated comedians who are in bands and frustrated musicians wanting to do the opposite."

From his vantage point at the crossroads of comedy and music, what does Armisen think music designed especially for comedians would sound like? He believes the key is in maintaining the earnestness of the musical performance.

"If I had to do music for comedians, I would sit at a piano and try to play a classical piece as well as I could. And I'm not a piano player.

"And not in a comedy way, not goofing around, like me in earnest, and with a serious look on my face trying to play classical music.