RNZ Music is stoked to be the first to share the brand new video from Auckland rockers Dead Favours. ‘Misbehaviour’ is the title track off their debut album, which came out in June.

Dead Favours was formed in 2016 by ex-Stereogram drummer Jared Wrennall, who’s on vocals and guitar and drummer Charlie Smith. They're joined by Ross Larsen on bass and Kyle Wetton on guitar.

Their debut album Misbehaviour was produced by Shihad’s Tom Larkin and Jon Grace at Larkin’s Homesurgery Studios in Melbourne.

The vid for ‘Misbehaviour’ was directed by Adam Jones, who's worked with the likes of Pluto, Elemeno P and Opshop.

It was shot in Auckland, in Te Atatu and Muriwai Beach and features the four kids from Misbehaviour’s album cover. The final shot of the vid even has a cheeky tie-in to the album artwork.

Dead Favours kick off a nationwide tour today, in support of fellow Auckland rockers Villainy. Tickets are still available for their Tauranga and Auckland shows on the 26th and 27th of July. 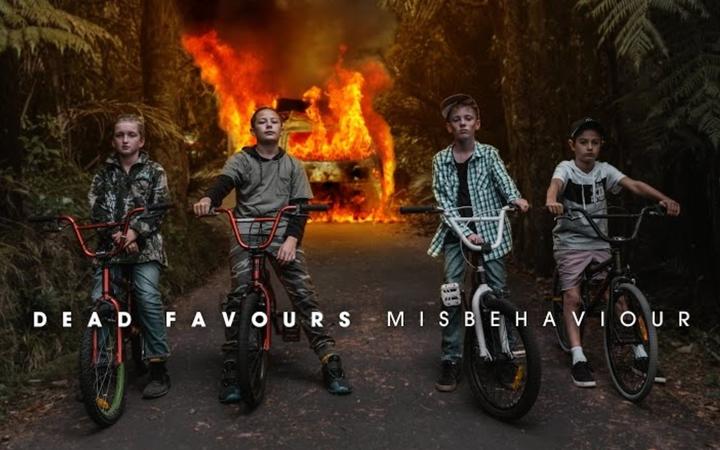 Misbehaviour is out now on Spotify, iTunes and Apple Music with physical copies available through Bandcamp.