Mike Nesmith of the Monkees: “I’m way too stoned to do an interview right now!”

Mike Nesmith and Micky Dolenz of '60s pop group the Monkees are performing in NZ this month. RNZ Music's Elliott Childs spoke to Nesmith as he was enjoying a somewhat hazy afternoon in the Los Angeles sunshine. 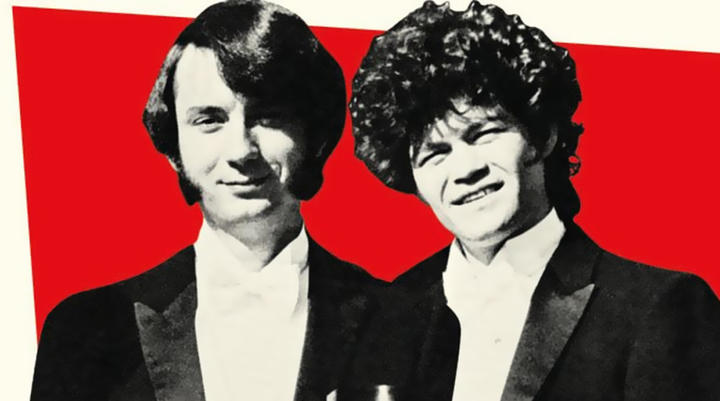 Mike Nesmith and Micky Dolenz of the Monkees Photo: Supplied

“I’m way too stoned to do an interview right now!”

This is not what I'd hoped to hear from the man I was scheduled to talk with, Michael Nesmith, guitarist of 1960’s pop group the Monkees.

Thankfully Nesmith is nothing if not gracious. He agrees to forge ahead to see where the conversation takes us.

Nesmith was enjoying the warm afternoon sunshine in his LA backyard, with some recently legalized cannabis.

Clearly, some wires got crossed and my phone call was interrupting his downtime. But thankfully Nesmith is nothing if not gracious. He agrees to forge ahead to see where the conversation takes us.

Nesmith and fellow Monkee Micky Dolenz will be in New Zealand playing a few dates in June. With a back catalogue like theirs, not to mention the respective solo work they have a lot of material to draw from.

“I leave it all to Mick!” laughs Nesmith. “Whatever he wants to play I’m good with.”

Nesmith was famously unhappy with the manufactured nature of the Monkees and quit the band in 1970 to pursue his own music. But over the years he's made his peace and has appeared with his former bandmates several times.

“You can get over almost anything and I got over it all. Here I am happy as a camper.” 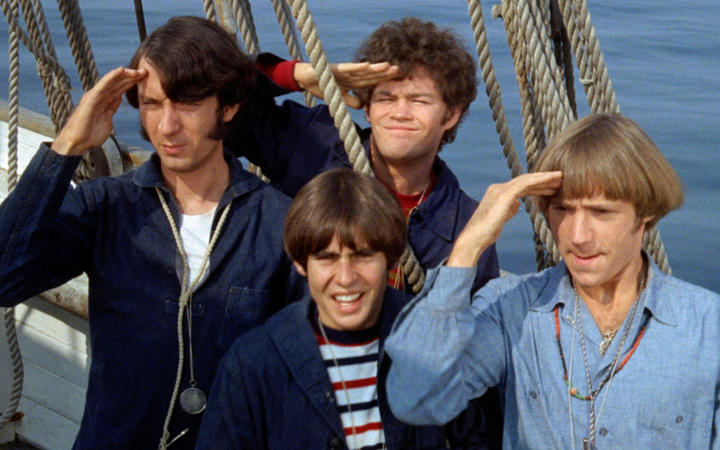 It seems that dissatisfaction may have fueled a fire within Mike Nesmith. While the Monkees may be the biggest thing he ever did, he certainly wasn't going to let it be the only thing he ever did.

Nesmith has written hit songs for artists including Linda Ronstadt; he's produced other artists' albums; he's produced movies, and was a pioneer in the field of music videos. For some time, Nesmith was quietly at the forefront of the home video industry, running his production company, Pacific Arts Corporation.

These days Nesmith seems content with focusing on his earlier work.

“I don’t have any sense of there being an impetus or some giant push or some wonderful idea that I need to go and do.

"I think I’m at a point in my career where I’m realising that my older work is the work I do. And that I need to focus more on it and go out and play some more of it.”

Yet his mind is still open to new things.

When I ask what he’s been listening to recently, Nesmith becomes animated. It turns out his latest musical love is the little-known micro-genre of electronic music called Vaporwave.

“I like the idea that it’s displaced. There's a quality of hallucinogens and psychedelics where you have this spatial shift.

"It’s a flow that comes over you. The music and the sound effects and all the stuff that’s being played in Vaporwave starts to make sense. ‘Oh, I see this is the background of my life. This is where I live.'