Soldiers Without Guns: how peace in Bougainville was helped by waiata and haka

The NZ Defence Force's use of guitars, waiata, and wāhine to help bring peace to Bougainville at the end of a bloody decade-long civil war is explored in a new documentary Soldiers Without Guns. 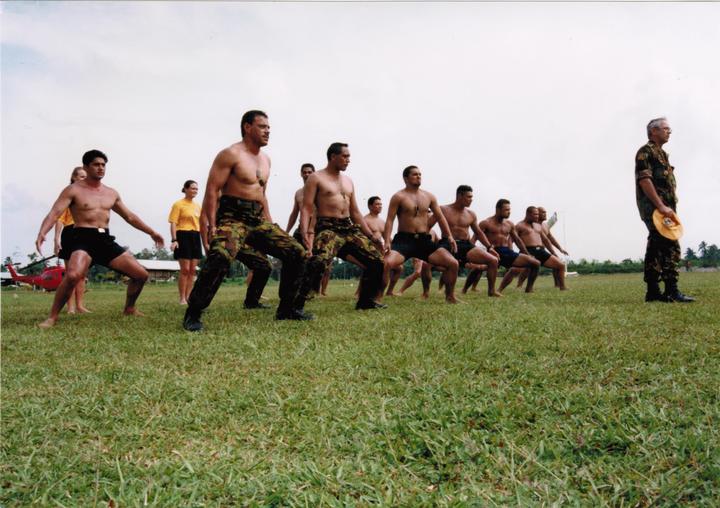 Kiwi filmmaker Will Watson has been working on his documentary Soldiers Without Guns since 2005, and it's finally making its big-screen debut.

Kirsten Johnstone spoke with Will and one of the major players in the film, Fiona Cassidy.

The Bougainville conflict started over an enormous Australian-owned Papua New Guinean-run copper mine. Opened in the 1960s, it was polluting waterways and making land unusable for farmers in the area. There was also an influx of workers from Papua New Guinea and Australia, who the locals resented. By 1988 the tensions had led to violence, guerilla rebels shut the mine down and people started taking sides.

Ten years of armed conflict ensued, and an estimated 15,000 to 20,000 Bougainvilleans died.

Fiona Cassidy, a Major and public relations manager in the Army at the time, says that the peacekeeping (or Truce Monitoring Group) mission in Bougainville in 1997 was unprecedented and unusual in many ways.

The NZ Defence force was asked by the Bougainvillians to lead the operation, bolstered by soldiers from Fiji and Vanuatu. They included more women in their troops than usual because Bougainville is a matrilineal society: land is passed from mother to daughter.

And they didn't take guns. Instead, they packed music and culture. Understandably, it made Cassidy a little anxious.

"When you looked at the country brief, you knew that you were not going into a benign environment. It actually was hostile. So it was a little bit scary thinking, 'Okay, we're going to a country which has been at war for so long, it still isn't stable, and we're going in unarmed.'"

There had already been 14 failed peace agreements.

Fiona describes seeing the debris of war as they flew into the island. The countryside was flattened, the towns were a mess, and there were communities of women and children hiding out in the jungle. 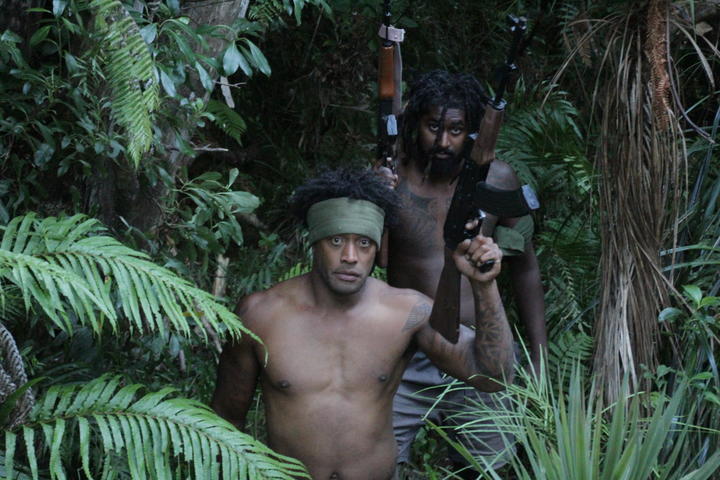 An estimated 15,000 to 20,000 Bougainvilleans died as a result of the conflict. Photo: supplied

Up until then, women had not been invited to any of the peace talks. Part of Cassidy's role was to facilitate community discussion.

"It was the first time women were engaged, from their society, in their decision making."

Cassidy says it changed the whole culture and tone of those talks.

It was also a sharing of culture. The NZ Army has had a very strong Māori culture since WW1, and so they included haka and waiata. There's footage in the film of the Army performing 'Ka Mate' and Cassidy says they deployed well-known songs: 'Pokarekare Ana', and 'Ten Guitars' too.

"When the NZ led mission went in, what it did was it created space. We were able to get their trust to such an extent that they handed in their guns, and they would talk to each other.

"They had been at war for so long that they were killing each other, brother on brother, uncle on uncle, village on village. And they wanted it stopped. And I think war and all its dynamics is ugly and harsh, but how do you stop it? And those peace accords that NZ ran were the starting point, but we as service men and women, taking a totally different approach, provided a bridge.

"And once you've got a bridge, you can start talking." 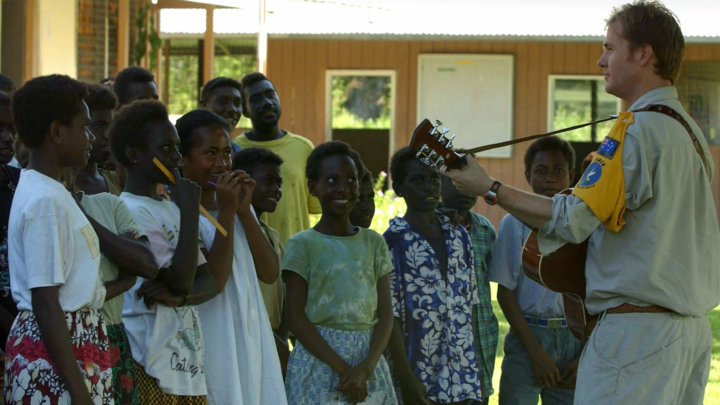 Will Watson had been keeping a close eye on the conflict as a young journalism student, and in 2005 he decided he wanted to document the story. By 2007 he had a film crew in Bougainville, and Brigadier Mortlock, who had announced and supervised the unarmed mission was on board. He took another trip over with Fiona Cassidy. It wasn't until ten years later that he got funding from Māori Television, that he finished it off. That resulted in an hour-long TV Documentary Haka And Guitars, which won six international awards.

But when a distributor came to Watson and said that he thought it should be extended into a feature film, he couldn't say no. There's a lot more archival footage in Soldiers Without Guns, and it helps form a bigger picture of the conflict.

Peace has held on the Island. The recovery process has been slow though, and there will be a referendum to decide whether Bougainville should become fully independent from Papua New Guinea in October this year.

Cassidy says that when she returned to Bougainville 20 years on, it was like nothing had changed. She saw the same faces and was greeted with the same warmth and familiarity she experienced in 1997.