KIAN - the young Aussie singer with a surprise hit

KIAN is a new voice in Australian alternative soul-pop. His debut song ‘Waiting’ has had 25 million streams. It won a nationwide song contest, and he’s just been signed to the same label as Lorde, Drake, Ariana Grande, The Weeknd and Nicki Minaj.

That’s pretty good going for a song Kian Brownfield wrote two years ago as a 14 year old, having spent a lot of his young life with remote indigenous communities.

Last year KIAN won Triple J’s Unearthed High - the nationwide music talent search run by the public broadcaster. KIAN beat 11,000 other entries. Though he didn’t even expect to make it to the final five.

“I was in the car going to school when I heard my name [on the radio].”

KIAN was asked to perform at his school assembly.  He was a bit “skeptical” because he never been asked to before.

There is a video of the performance where a uniformed KIAN and his guitarist perform in the gymnasium of Castlemaine Secondary College. Mid-song the fire alarm goes off.

“I was thinking, was there a fire drill they didn’t remember? But I kept singing...people started getting up and walking off.

As his school evacuated to the sports field KIAN spotted a fire truck. But when the “firemen” turned out to be Triple J radio hosts Ben and Liam - KIAN finally clicked as to what was happening: He'd won the competition.

“I was freaking out because I was not prepared to be doing that, that day. I just woke up early and thought that I was going to be singing one song in assembly and then it turned into this big thing”

“Now you can go onto YouTube and watch me get really embarrassed in front of everybody.” he laughs.

“I never really looked at myself when I was 14 writing that song thinking “this going to be my career in the future.”

For most of KIAN’s sixteen years, he has accompanied his father, Dion Brownfield the director and founder of Indigenous Hip Hop Projects to the farthest deserts and rainforests around the Australian continent.

Indigenous Hip Hop Project uses music and dance to connect with indigenous youth growing up in Australia’s most remote and rural settlements.

“The first place I went to was Yiyily, near the Kimberleys in Western Australia.”

“They remember me as a little kid and it’s cool having those relationships - having friends in those communities”.

“My Dad has been kind of adopted into these communities and that links me to people and make me have family in their sense.”

KIAN’s connections to these communities have changed “ my morals and the way I look at things in the world.”

One of the lifelong friends he has made is Danzal Baker who performs under the name Baker Boy. The Darwin rapper, dancer and actor who has just been named the 2019 Young Australian of the Year, raps in his indigenous language of Yolngu Matha. 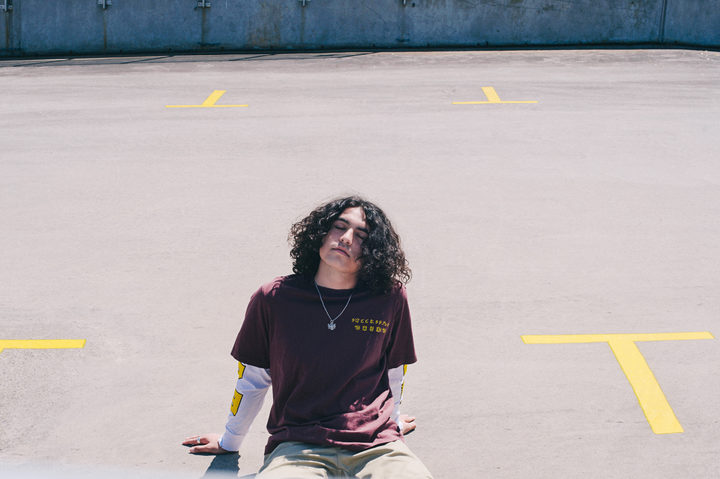 He’s just wrapped up the Laneway Festival circuit - and he is sorry he wasn’t on the Auckland leg. The 16-year-old has also recently visited Los Angeles to meet with Republic Records home to Lorde, Ariana Grande, Taylor Swift, Drake, The Weeknd, Post Malone and many of contemporary pop’s biggest names. He's since signed with them.

“Their roster was certainly impressive,” agrees KIAN. But his decision for feeling “like they were the right choice” was “less about the people that were on the label than the people I was gonna be working with and how much I connected with the people at the label.”

At the end of the day, it doesn’t matter how many streams your songs gets. I care more about people connecting with the music and like what I have to say and appreciating it.