A Greyhound bus full of released prisoners; the trouble with sparklers; a scooter crash in Zanzibar; smokers lollies; and the myth of Persephone. Just some of the things that inspired lyrics on Tiny Ruins' new album Olympic Girls. 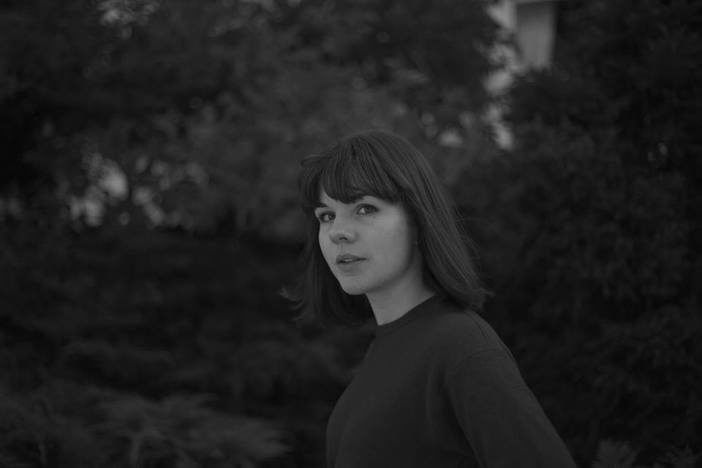 The album's title track was inspired, in part, by a bus ride Hollie took in America, back in 2004.

Hollie: It was about a 13-hour bus ride and I'm pretty sure it was overnight. So I was on the back seat of the bus. I had my little travel guitar with me and I knew that I was in for a long haul so I kind of made myself fairly comfortable.

They told me they'd all just been released from jail that morning.

I mean all sorts of interesting characters ride the Greyhound buses and I had already had a few unusual interactions with other people on that bus. But it opens your eyes to the reality of what's out there in the US.

They told me they'd all just been released from jail that morning.

That's kind of what I wanted. I was 18, 19. I just really wanted to meet and talk to real Americans and get a feel for what was really happening.

So the bus stops in Memphis and I get off to get something to eat. When I come to board the bus again there's a long line of men wearing white t-shirts and black trousers and carrying paper bags. They were lined up getting onto the bus.

A couple of guys are sitting next to me and five minutes in you kind of get talking and they told me that just all been released from jail that morning. They were on their way home to Chicago.

The guys that were sitting next to me were just immediately kind of funny and welcoming and open. They weren't people to put you on edge or make you feel terrified. But they did point out other felons that were sitting further down the bus, that they were kind of warning me against I guess.

One of them ended up going to sleep and I ended up really getting to know one of them. Discussing a whole lot of deeper life stuff and why he'd ended up in prison. He told me that he had been arrested for possession. He'd been in for three years.

One of the conversations that we had was about the way that they watched the Olympics while they were in prison. Specifically the gymnastics. That being one of the only ways of seeing or experiencing the freedom ... the glory of the outside world. Watching these kind of displays of athleticism and beauty and shiny costumes, and that contrast with the prison environment.

Meeting him did have a profound effect on my life. I thought about and remembered that conversation all through my 20s. He wasn't that much older than me and it was kind of a wow, we're at this crossroads and you have such a different life. He was in a state of being really scared of going back into trying to find a job and meeting his family and seeing his old lovers.

Beyond that the song is about other things as well. It's about freedom.

This song that immediately grabs you with its irregular 11/8 time signature, played beautifully on acoustic guitar. 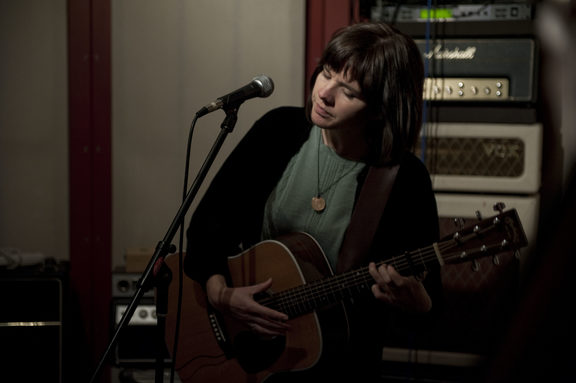 Hollie: I wrote this one in standard 4/4 time signature (which Hollie ended up changing later on). I wrote this one really quickly. The words and the guitar part at the same time. I took it to the band and we played it through a few times and we planned to record it within two or three days time. We felt like this was a song that we could get down really fresh.

But I went home and I just felt, oh it's just  ... missing something. The time signature was what I decided needing changing. So I played around and I decided that this new time signature that really changed the whole feeling of the song. It made the vocal part ... it was quite tricky to sort of float the local rather than have it kind of slotted into a regular time signature.

So it became more floaty and I think it gives it a feeling of time running out, which is the kind of feeling that I wanted from the sparkler subject of the song.

They never last long enough. I ... try and write everybody's names with the sparkler before it runs out. You write the names of the people you love. This was something I've always done.

But when you're a kid you maybe don't have as many names. It gets trickier as you get older. You have more names to fit into that sparkler.

Hollie: Holograms was a song that again, I think I wrote it pretty quickly. I might've even written on the same day as sparklers. I was living in a flat in Grey Lynn and had a doorstep that was often in the sun in the morning and I would just sit there with a guitar. That was a good songwriting spot.

The idea of Holograms was in my mind because there had been this thing where they were talking about musicians and you wouldn't need to go to a concert in the future because the musician would just be beamed holographically into your living room.

Holograms also for me is associated with Star Wars, the idea of people being beamed in and Princess Leia speaking in holographic form.

I came to, and I had no idea who I was or where I was or what had happened. But the helmet was a Dark Vader novelty helmet.

Star Wars in my mind is very related to an experience I had where I came off a scooter, many years ago now, this was in 2011. I just released my very first album. I was in this long-distance relationship with kind of the love of my life I guess. Unfortunately, he'd gone to Kenya to look for work and he'd decided that he was gonna stay there.

After six months I followed and we ended up deciding that we were gonna part ways. That it was too difficult. So it was really heartbreaking but it was just ... seemed like it was the way it was gonna have to go because I had all this touring suddenly popping up. Suddenly it was like, 'I have to do this music thing'. This career was kind of happening now.

So I decided that I needed to follow it. But as a last kind of hurra,h we decided to go to Zanzibar on a little holiday to just have a nice end to our relationship. We hired scooters and [we were driving] through a kind of coconut lined, potholed rough road, and I came off my scooter and broke my shoulder and my foot and my hand.

My boyfriend had gone further up. He was on a different scooter and he'd gone out of sight. When I had this accident. I don't really remember what happened cause I knocked myself out. But I regained consciousness and these children had surrounded me and they had taken off my helmet.

I came to, and I had no idea who I was or where I was or what had happened. But the helmet was a Dark Vader novelty helmet.

Kore Waits In The Underworld

But I really struggled with the lyrics for a long time. I was doing a te reo [Māori] course at the time and I remember that Kore means zero or nothingness. And that was kind of ... maybe influenced a little bit.

But then I also found out that Kore is another name of Persephone. And the myth of Persephone had also been in my mind for a long time. The idea of a daughter and a mother being separated and the daughter is sent down to the underworld. 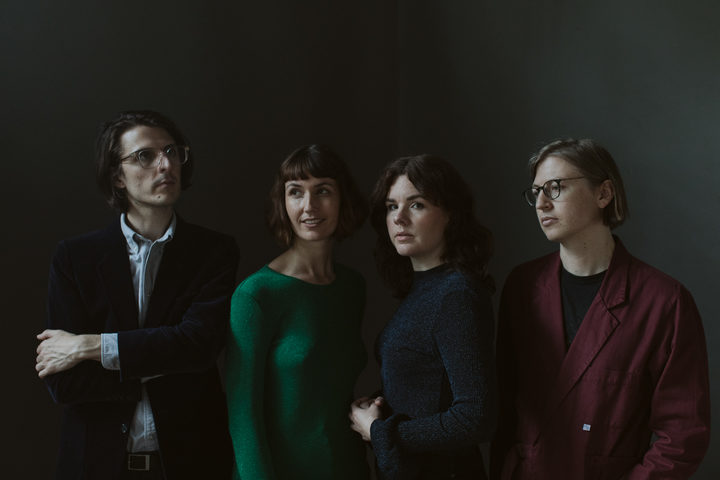 I remember when we were recording it, it was the day that I told my bandmates that I was pregnant. My guitarist and producer Tom Healey's little joke with me was that this song was kind of about this little person that was going to become a part of our lives.

Unfortunately a while down the track we lost the baby. So this song kind of [took on a] different significance for me.

A lot of the albums recording sessions are kind of for me, even though I didn't write most of the songs before all of this personal stuff happened, they're so wound up in the recording sessions with everything I was going through at the time that it's an album that has lots of layers for me. The lyrics take on different meanings.

I think the fact that all this other stuff was going on while we're recording meant that I was really relying on my bandmates a lot of that time to kind of ... get us through.

Hollie: Again, it's about a real journey that happened. A real argument in a car.

Smokers lollies have always kind of had a significance for me because when we first moved to New Zealand from England when I was 10 I marched up to the dairy to have my first experience of New Zealand lollies. I was really excited to try them. I was really homesick for British lollies.

So I went in there and went into the petrol station, chose a bag of what I looked like were delicious lollies and to my absolute horror they were the worst tasting things that I've ever had. It was a bag of smokers. So that little line ["Sky was smoker pink"] was kind of a tongue in cheek joke to myself.

For me, I think this song is made by Tom's production. I think he really gives the feeling of this epic emptiness. There's so much space in this song but also it's really quite heavy.

There's something very final about 'Cold Enough To Climb'. There's a lot of love in the album. A lot of ... the theme of love without being kind of necessarily romantic love. And this song is really about kind of confused communication but also still love at the end of it all.

Tiny Ruins have sold out their gig for next Sunday in Wellington but there are still tickets available for their Auckland gig at the Point Chevalier RSA on Saturday the 16th of March.