Teresa Paterson has been involved in the NZ music industry for more than two decades working in band management, PR and at record labels, including a stint as the head of Virgin Records NZ. She shares her all-female mixtape ahead of the inaugural Milk & Honey festival, which celebrates International Women's Day. 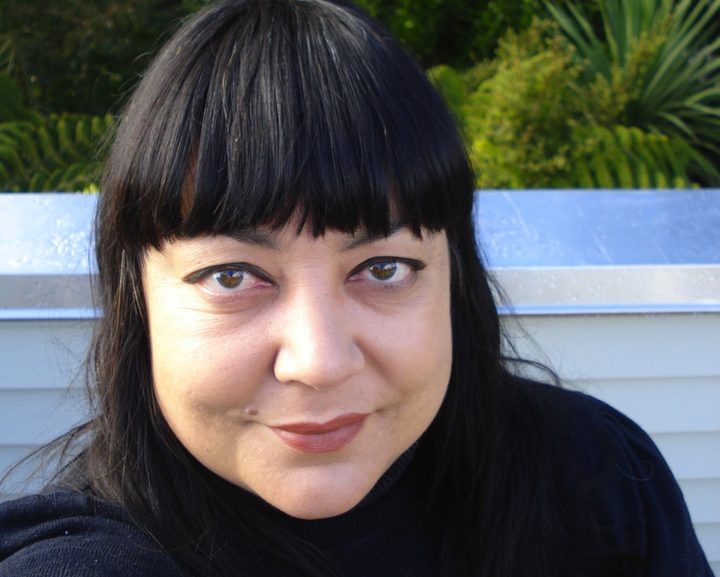 As a teenager growing up in West Auckland in the 1980s, Teresa Paterson was a music obsessive, hanging out in music stores and sneaking into gigs. Now, having worked as a band manager, label manager and publicist (among other things), she's carved out a career in the music industry, working with some of New Zealand's most well-known artists including Six60, Scribe and Salmonella Dub.

This year, she and Elemeno P's Lani Purkis have joined forces to launch the Milk and Honey Festival, which celebrates International Women's Day with a line-up of all-female performers and crew.

Teresa joined Yadana Saw to choose some songs, talk about her career in music, and discuss why she's recently stepped away from band management.

Teresa: Siouxie Sioux is exactly how I looked as a teenager. While I was still at high school, I managed to sneak into her gig at Mainstreet [on Auckland's Queen Street]. Even though I was completely under-age, because of all the hair teasing and the makeup, I managed to pass for 20, it was in those days.

It was when Robert Smith [of The Cure] was on bass, and I was just a happy little fan, being able to see my idol live.

Teresa: As a band manager these days, you need to be a business manager, booking agent, promoter, publicist, and record label. It is a very 24/7 relationship managing an artist. You kind of become family.

I've seen what artists go through and the range of pressures that are put on them. It can be anything from inter-band relationships, which might start off as little things but can then evolve into quite big destructive things; to writer's block; to anxiety.

As a manager, I experienced anxiety too, because you're working with someone on their career and that's a lot of responsibility. I'd get so worried I was stuffing things up. There was a lot of waking up at 4am worrying about things.

I worked incredibly long hours to make sure I was doing the best job I could possibly do for the artists, but I don't think I looked after myself.

About five years ago I got diagnosed with cancer and that kind of forced me to take a step back from my work while I was going through chemo and all that stuff.

I think that life-changing experiences do force you to reevaluate, and that's when I began to actively pull back from managing bands and have kind of naturally downsized my roster to a point I'm not really managing anymore. It's just such a full-on 24/7 role, I decided that I needed more work-life balance.

I'm still actively involved with the Music Managers Forum [a non-profit trade association for music managers and self-managing artists. Teresa is the chairperson] and Music Helps [a charity that aims to improve lives through music. Teresa is on the board], as well doing a bit of work with Julia Deans, and I'll never, ever lose my passion for music.

Teresa: With Sade, I went from the punk of Siouxie and The Banshees, into a soul/funk phase. Sade's just so super cool. That velvet voice and that look with the slicked back hair and big hoop earrings. She's just such an 80s icon. Every girl wanted to be Sade and every guy wanted to go out with Sade.

I think we all still want to be Sade, don't we?

Sisters Underground - 'In the Neighbourhood'

Teresa: When I was working in sales at Polygram the biggest local artist was OMC. It was brought into the office by Simon Grigg and his label Hah!. It was so interesting seeing how that resonated and was so successful around the world.

OMC producer Alan Jansson worked with Sisters Underground on 'In The Neighbourhood'.

It's a shame that for whatever reason Sisters Underground didn't evolve into more because 'In The Neighbourhood' is such a genius track. It just stands the test of time. I never get sick of hearing it.

Teresa: I just love this song. It's a beautiful song from a super-talented artist. I was wowed when I found out it was about a flower because, when you listen to it, the song itself actually opens up like a flower.

'Les Fleurs' is a mainstay on my playlists. I listen to it constantly and never get sick of it.

Grace Jones - 'Pull Up To The Bumper'

Teresa: I have always been a fan of Grace Jones. Last year she played Auckland City Limits festival and I was so privileged to watch her from the photo pit [right in front of the stage]. It was so incredible to see one of my musical heroes up close and personal.

She's nearly seventy and she performs on stage like she's a 20-year-old. It was just a mind-blowing performance, and so I had to include her on this list of women!