RNZ Music is stoked to present the new video from Auckland emo-punk duo, Carb On Carb. Their video for ‘Man Says’ is inspired by 90s teen rom-com movies and features a dog playing a 16-year-old girl (which is pretty great in our books).

‘Man Says’ is written from the perspective of a 16-year-old Nicole Gaffney, Carb On Carb’s lead vocalist and guitarist.

It’s about the teenage struggle to figure out who you are and what sets you apart from everyone else, which, the band says, “sometimes means balancing your family and culture with assimilation into mainstream white culture”.

The video for 'Man Says' is inspired by 90's teen rom-com movies (think Legally Blonde or Freaky Friday), and pokes fun at the "I'm not like the other girls" trope.

'Man Says' is “a nostalgic throwback to our teen years and the pressure to fit in,” says the band.

Notable tour veterans, Carb On Carb are also excited to announce single release shows in Auckland and Hamilton, and Wellington: 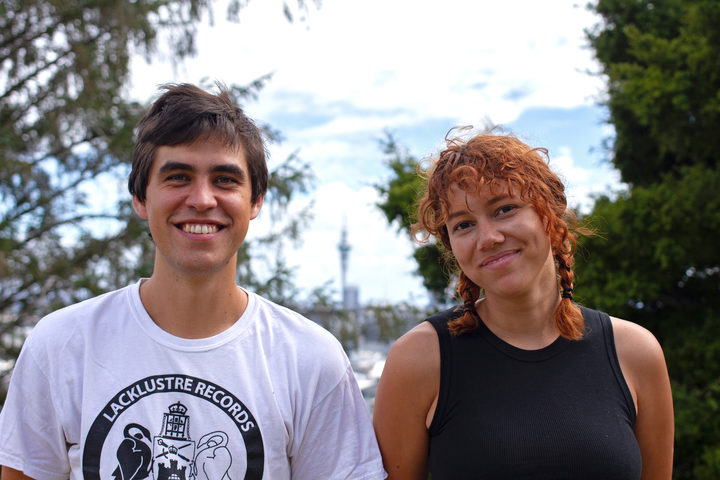