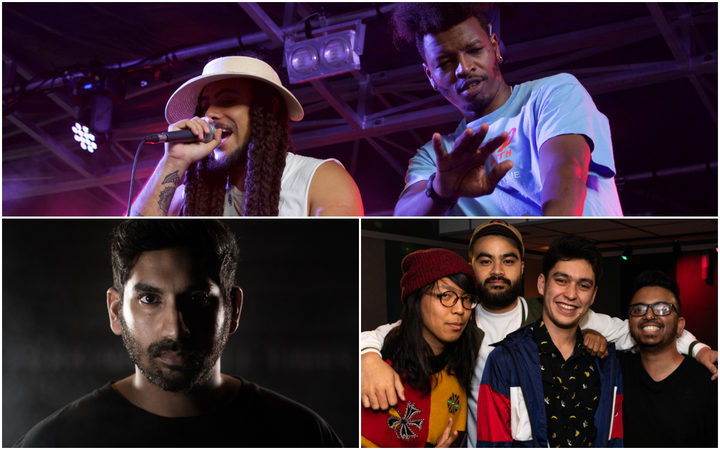 Amid the big names, there are some excellent homegrown up-and-comers you shouldn’t miss.

This trio of Auckland acts have a lot of zzzz's in their names but are far from snoozers.

Four-piece hip-hop/electronic/jazz group Yoko-Zuna are moving and shaking across the EDM scene with a sound they say "hasn't been previously seen in New Zealand," including sub-electronic frequencies, melodic moments, and immense bass-synth-fuelled drops.

In just three years they've dispatched two albums and an EP, played sets at Rhythm and Vines, Northern Bass, Splore, Soundsplash and Homegrown, and fused their skills with a number of big-name New Zealand vocalists.

Leisure's sound is a mellow amalgamation of soul, pop and synth. The five-piece Auckland band made waves on SoundCloud in 2015 with the release of their single ‘Got It Bad’. Later that year they signed to Saiko Management, the boutique music management company known for scouting out talent including Lorde.

Leisure dished out a fresh selection of tunes late last year and have been coasting around the country performing them - but they're already accruing demand to perform overseas.

The indie-dance sensation Cymbol, aka Shivnesh Sumer, slithered onto airwaves with a catchy number called ‘Best Friends’ last July. But the Auckland producer has been making music for much longer under the moniker Cymbol 303. In 2013, he clocked up thousands of streams with remixes of Lorde's ‘Tennis Court’ and Eric Clapton's ‘Layla’, and in 2015 he released a conjoint album called The Cycle with fellow Kiwi artist This Pale Fire.

Sumer's colourful, hook-driven, electronic tunes have earned him an international record deal with Tinted Records and time on the big stage at Rhythm & Vines, Homegrown and Our House. He promises a debut solo record in the near future, including collaborations with musicians from at home and abroad.