Karl Steven of Supergroove, The Drab Doo Riffs and Heart Attack Alley is the RNZ Mixtape selector. He shares his songs and stories of being in bands to studying for his PhD at Cambridge. 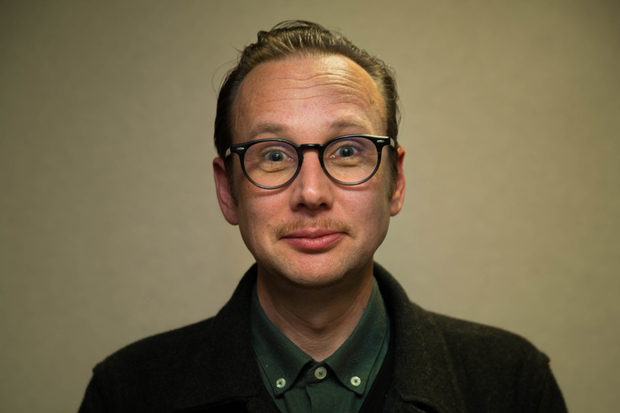 Karl Steven is best known for the band of his youth Supergroove and other acts like Drab Doo Riffs and Heart Attack Alley.

Nowadays Karl is an accomplished film and television composer. He shares his musical selections and talks of the time he abandoned music to pursue a doctorate in Philosophy at the prestigious Trinity College at Cambridge University.

A Number of Names - Shari Vari

I’m a big fan of stuff that gets made when people of different cultures crash into one another. They sample Kraftwerk’s ‘It’s more fun to compute’. This is the dawn of house music.

This track is a particularly good example of early generation Detroit techno, when people in Detroit started listening to Kraftwerk and proto-techno, synthesiser art music from Germany and then they started making really cool, funky music that eventually became house music that we’re all familiar with.

I probably wouldn’t describe myself as a techno guy, but I listen to kinda everything. I don’t believe in music genres - except as shorthand for explaining to someone when don’t have access to the music to hear it and you need some descriptors

This is the amazing Puerto Rican pianist and arranger doing a Latin version - or interpretation of Rachmaninoff’s 'Prelude in C# Minor', which Joe Loco weirdly calls 'Prelude To C Minor' so maybe he just shifted it to an easier key to wrap your hands around.

This is from his BBC soundtrack to the War and Peace mini series. I love how he is using Western orchestral instruments - strings and brass primarily -  along with synths. And also, conspicuously, the Latvian Radio Choir who have these amazing baritone singers and it just sounds great and it’s just super dramatic.

I fanboyed - or whatever you call it - out totally.  I got so excited by that music that I emailed him.

I do love Steve Reich’s compositions and this one is inspired by a Bach motet, but it’s a Wittgenstein quote -  “how small a thought it takes to fill a whole - life” that he’s using.

It’s part of the pact that you sign with the philosophy gods  - no conversation will take place without mentioning Wittenstein or Heidegger.

After Supergroove disbanded I was so traumatised and upset by the demise of the band. Music was a bad place, it’s an unhappy thing it all goes wrong.

Karl enrolled in a philosophy degree at University of Auckland where his love and interest in the subject eventually took him to the prestigious Cambridge University where he completed a doctorate in philosophy.

That’s when music came back in the picture for me. Living in Cambridge and things being hard, [it was] pretty depressing.

Suddenly with the spare money I had each week I’d be buying a CD. I bought the last CD Walkman in Boots Chemist. I bought a second hand electric guitar after my supervisor rejected a chapter of my PhD.

I think she is such an inspiring artist in her practice. She has her podcast - Smart Girl radio - where she prattles on about philosophy and politics. It’s really awesome and compelling.

She puts out an album every year and each one is quite different.

She just does what she wants and she’s always got something important and interesting to say.

I see composition very much as a "collage-ing" sounds, and in this song she’s taken a this guitar solo straight from a blues song and then done this amazing poem over the top of  it.

Molly Nilsson - A Song They Won't Be Playing On The Radio

Molly Nilsson is quite an interesting maker of synthesiser music. One of the downsides to making synthetic music these days is that it is largely made on computers. It is quantised and on the grid, and everything is completely rigid in terms of its timing and structure.

Whereas Molly plays everything in, so it’s got this weird looseness to it. So it’s very human. But at the same time she’s  a very good lyricist and poet.