Fire Festival is a virtual music festival that pulled in almost 90,000 punters within the computer game Minecraft. Festival founder Max Schramp explains how to host a 2-day online music festival. 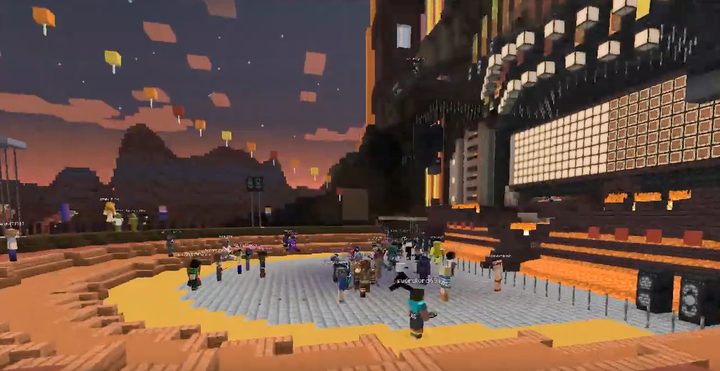 Around thirty artists were involved in the creation of the Minecraft music festival Fire. They decked it out with artwork, polygon flowers, giant virtual speaker stacks, and more.

One particularly cute touch were the cuboid animals for virtual punters to gaze on as they waited for the gates to open.

The festival saw performances from artists including Hudson Mohawke and a host of PC music DJs who played their sets over a 24 hour period.

Max has been playing Minecraft for almost a decade and says it was nostalgia combined with the way users are able to build pretty much anything within the game that led to the idea of putting the festival on.

"The best way to describe Minecraft is Lego but on the computer, and anyone can join from around the world. I'm an architecture student right now so building things in Minecraft comes naturally." 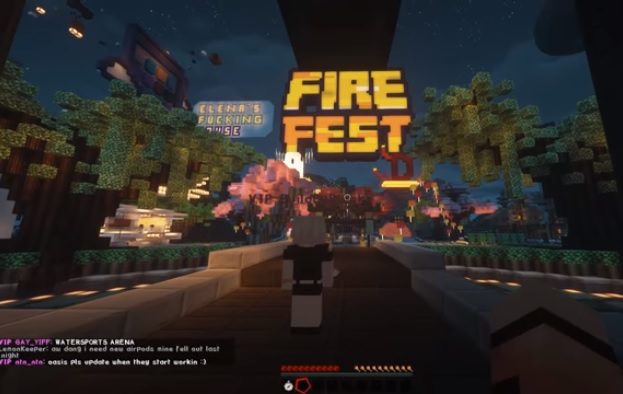 "You're allowed to do whatever you want ... you start with a blank slate ... you have the materials, but it's up to you".

Although Max and his team did need a helping hand when building the festival stages: "We definitely used some cheat codes to make it a bit easier for ourselves".

The final result for Fire Festival was a huge space filled with stages and promenades, which Max says really did feel like you were at a festival "IRL" (in real life).

It's not the first festival Max has run in a digital server. His 21st birthday party was held in Minecraft in a mansion that was specially built for the do.

In October last year, Max and a team of mates held a festival called "Coachella" which heavyweight electronic music producer Diplo played at.

While the festival was packed with electronic acts and eerily resembled a real-life festival, Max has never actually been to an electronic music festival. Despite that, the festival pulled in almost 90,000 listeners and made over $1700 for charity organisation The Trevor Project.