Can Music Technology be Gender Biased?

The release of a piece of audio gear "designed specially for females" has drawn allegations of sexism and condescension from the music tech community. Elliott Childs looks at whether gender bias can affect even the tools used to make music. 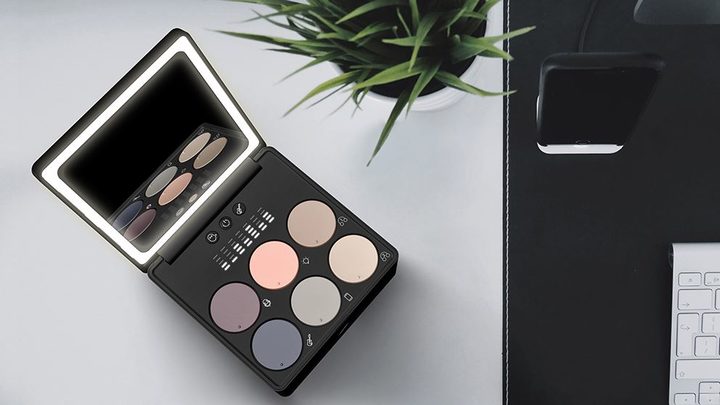 There is no shortage of stories of bias against women in the music industry.

Whether it’s female artists struggling to get airplay on commercial radio or a recent study that showed that of the 899 individuals that were nominated for a Grammy Award between 2013 and 2018, 90.7 percent of those were male, it’s not hard to find ways in which most aspects of the music industry are biased in favour of men.

But how early on in an artist’s career does this bias start? What about those just starting out, who don’t even own the equipment to make music? Surely this male-centric view can’t affect the very tools used to create music?

Apparently so. A Taiwanese company called MIDIPLUS who specialize in making low cost audio interfaces have recently launched their new ‘Mirror’ interface, which, in their (now deleted) words is “specially for Females”. The resulting product resembles a make-up box with the colour palettes acting as the controls. The device also has a hinged lid with a lighted mirror set into it.

Needless to say the reaction online was not one of overwhelming support.

This is so disappointing and out of touch. The music gear world, its forum fetishism, and objectification of women needs a reality check. https://t.co/R7J2z0LRQq

MIDIPLUS has since reworded the marketing information for ‘Mirror’, saying the device is designed with “your webcast self-karaoke channel in mind.” They have also issued an apology saying: “Recently there’s been some anger and misunderstanding caused by how we initially presented MIRROR to the western world. For this we sincerely apologize….We should’ve done a better job explaining our intentions in English.” Yet, for all the repositioning and explanation of language barriers, the product remains available in its original form.

MIDIPLUS is hardly the first music tech company to market its products to women in this way. RME, a high-end, German manufacturer of audio gear, produced a version of its Babyface audio converter called the Ladyface. The only difference between the two products was that the Ladyface was bright pink and came with a special bag. 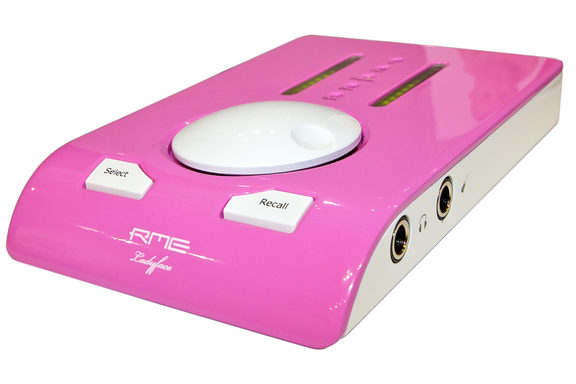 The Ladyface, made by German audio company RME. Photo: Supplied

Dr Bridget Johnson who is senior lecturer and major coordinator of music technology at Massey University says it’s discouraging to still see “companies who focus their marketing on ‘look women can do this too’”.

Instead of gimmicks like Mirror, Dr Johnson says companies would be best to “naturally feature a really diverse range of artists in a way that focuses on the work they produce.”

But while the marketing of music technology and equipment clearly leaves something to be desired, what about the design of the products? Is there any reason to think that technology works better for some people than others? Dr Johnson believes there is.

“I think on some level you could argue that the technology itself isn’t biased, but I believe it’s impossible to separate the technology from the society that encouraged its development and use. So whilst maybe there is nothing intentionally inherent within the physical tool, the years of biased design, development, and use of the tool are embedded within it.”

This is certainly true of musical instruments like the electric guitar. Historically, the big names associated with developing and playing the guitar have been men and the instrument has been built primarily to accommodate the needs of male players.

This is apparent from looking at the websites for the major guitar companies. Of the 31 current artist signature models Fender produces, none are designed in partnership with female artists. It’s competitor Gibson produces only 2 out of 18 models. But the market for electric guitars is changing rapidly.

According to research that Fender guitars carried out, half of all aspiring and beginner guitarists are female. The company had responded to this growing demographic by producing a series of more affordable guitars, adjusting their advertising to include a more diverse range of artists and launching Fender Play, an online guitar tutorial service.

Elsewhere, Ernie Ball guitars partnered with Annie Clark (aka St Vincent) to produce a series of signature guitars, made to her specifications. This included designing a body shape that was more suited to the female form than traditional guitar shapes.

Music production software company Ableton holds its Loop Summit annually, featuring performances and presentations curated by the company. Ableton consistently demonstrates a commitment to gender diversity across the various presenters, panelists, and artists that perform at the conference, and the 2018 summit even included workshops and presentations by Women’s Audio Mission, an American non-profit dedicated to attracting women to study creative technology.

Dr Johnson says that while there is still a lot of work to do with regards to encouraging a more gender diverse range of people to work in the music tech world, “there is also a really strong contingent of women doing amazing things in the industry in a really wide variety of roles. Mino Kodama of Native Instruments has done some incredible things as has Sarah Belle-Ried, closer to home Sasha Leitman’s work is really inspiring to me.”

“When diversity is embraced into the norm with a focus on the output, it becomes much more normalised and I believe that this is key to more young women seeing this industry as an exciting future”