In a year where political satirists can’t compete with the absurdity of real world events, we turn to the arts for understanding and insight as the planet burns at an rapidly increasing rate. Yadana Saw makes sense of the places where music and politics met in 2018.

It was the year when things took a turn towards the surreal - musicians went political (compared to recent years) and politicians all across the globe embraced music like never before. Here are some of the stand-out examples of music making the news headlines: 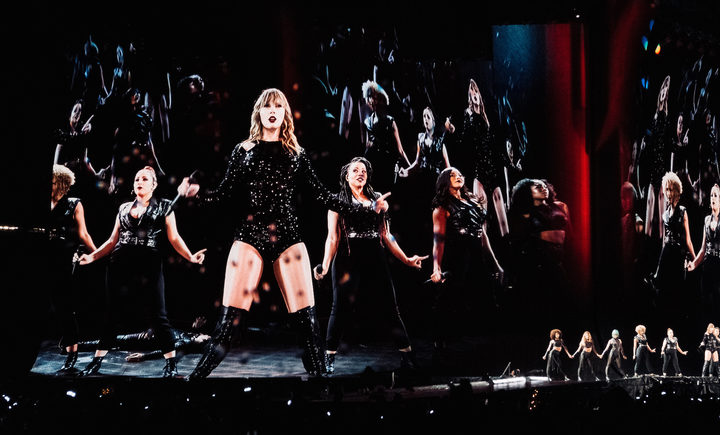 Pop megastar Taylor Swift finally shed her “nazi barbie” skin and revealed herself to be true-blue Democrat during the US mid-term elections. Tay Tay’s sway sway drove a noticeable rise in voter registration in the singer’s adopted state Tennessee, though her powers alone couldn’t quite shake off the Republican-grip on the traditionally conservative “volunteer state”.

No Yays for Kanye

Liberal pundits and music fans were scratching their heads when renown troller and musical free-thinker Kanye West proclaimed his admiration for US President Donald Trump, and went so far as to propose the abolition of the 13th amendment - that's the one that abolished slavery - during this period of inverse “wokeness”. The now-named Ye visited President Trump at the White House complete with a MAGA hat and in between his political theatrics, Ye released one of his most confounding and muddling albums. Or was it an EP?

this represents good and America becoming whole again.  We will no longer outsource to other countries. We build factories here in America and create jobs.  We will provide jobs for all who are free from prisons as we abolish the 13th amendment. Message sent with love pic.twitter.com/a15WqI8zgu

While Kanye’s antics were alienating loyal hip hop fans, the genre itself became the most popular and listened to in the United States. Nielsen’s figures showed that of top ten most consumed albums in 2017, six were in the hip hop genre. The most consumed album of 2017 being Kendrick Lamar’s DAMN, the album that further cemented hip hop ascendancy in April when was the first of the genre to be awarded the Pulitzer Prize for music.

Russian rappers warned off the vodka

Hip hop's popularity has even caught the attention of Russian president Vladimir Putin, who has declared that the state should take control of the nation’s rappers and their rhymes, as measures to ban the music are no longer effective.

In a BBC report the President Putin said "Rap and other modern [forms of art] are rested upon three pillars - sex, drugs and protest," he said. "I am most worried about drugs. This is the way towards the degradation of a nation."

Many global leaders attempted to use music to get down with the voting masses with mixed results. Under pressure UK Prime Minister Theresa May threw all caution to the crosswinds when she busted out the “Maybot” on a diplomatic visit to the African continent. No other 10 Downing Street resident has been as rhythmic since Hugh Grant’s fictional British PM ecstatically jivved and grooved to Pointer Sisters’ 'Jump' in Love Actually.

The Maybot could be considered a win for the beleaguered Prime Minister May as her “crispy” and rigid moves have received the highest form of public praise available in 2018 by becoming a viral meme. Indeed the Maybot is the gif that keeps on giving

Across the Tasman, Australian Prime Minister (at the time of publication), Scott Morrison tried to show himself to be the man of the aux cord. He curated a 147-song summer playlist that featured one solitary song by an Australian artist. As Playlistgate burned on, ScoMo tried to pacify critics with an “all Aussie” playlist with a few “kiwi tracks for good measure”, but again cleared the dancefloor when his playlist lacked diversity or an tracks from indigenous Australians.

Of course we can afford to feel a little smug on this side of the Tasman...

DJs Jazzy Stardust and Uncle Goldcard are Number One

New Zealand’s politicians were more successful in their musical forays that their foreign counterparts. 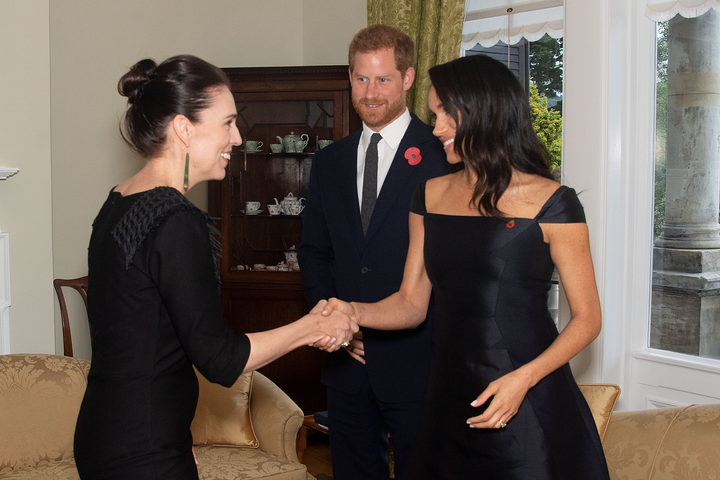 But the politician who swiped away 2018 is The Rt Hon Winston Peters. During the Jami-Lee Ross saga the Deputy Prime Minister displayed digital skills far exceeding that of the average Goldcard holder.

While his musical tastes are befitting of a septuagenarian, Peters’ masterful prowess of streaming 'Burning Bridges' to eager parliamentary press pack was an impeccable piece of mobile phone mastery and Machiavellian political theatre.

The Peters-du-resistance was when the Deputy Leader gleefully and deftly ignored a call from former Deputy Prime Minister Don McKinnon mid-song, so that the youthful press core could fully experience swirling chorus of Peter’s summer jam.

Given the increasing absurdity of today’s world, our 2019 prediction is that the Prime Minister and her deputy leader will take to the stage as double-bill DJs Jazzy Stardust and Uncle Goldcard.