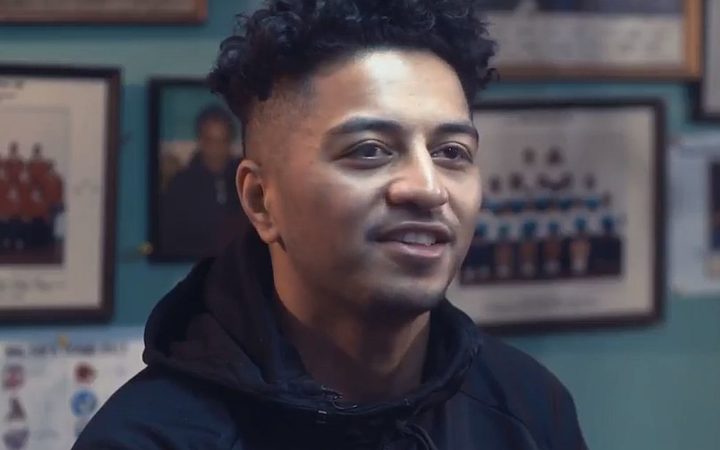 Island Time builds on the foundations laid by K.O.T.I.C, and sees Diggy expanding on themes of migration and gentrification.

“I think it’s an extension of K.O.T.I.C  but more mature. It’s completely different in the aspects of the soundscape and sonics, it’s more chill and it’s right on time for summer.”

Diggy's family moved to New Zealand in the ‘50s as migrant workers from the islands, and his lyrics take a magnifying glass to the shifting cityscape around him.

“It still talks about a few political things. I can’t escape it, it’s kind of natural for me to write about that stuff.

“Also just about stuff that I grew up with. Having a bench press and weights in the garage or your uncle who sleeps on the couch. Like, that’s his actual bed. It’s just life.”

His music paints a vivid picture of family, growing up, and a city changing too fast.

“I’m just buzzing out that people actually relate and they get it too.”

He said K.O.T.I.C was rap-heavy, but in Island Time he was able to explore and learn more about rhythms, lyrics and vocals.

“I had to try understand the full concept of vocals. Like cadence,  your pitch, your tone, how you want to deliver things. I had fun working with that aspect of music-making.”

He said the name Island Time comes from the stereotype that is put on Pacific people who often run late but he also sees another meaning to it.

“I feel like people running on island time are just so blasé, like carefree...and roll with the punches...that’s what island time means to me.”

Diggy shot the cover for Island Time in Grey Lynn park with a crowd of people and a proud authentic Niuean flag flying high.

“There’s a whole lot of cameos which is crazy, I don’t know how I managed to muster that up”.

Diggy said the flag is an authentic Niuean flag from the 80’s that belonged to his Grandfather.

“He was one of the chairmen of the Niuean rugby league, and that flag has been to all the pacific tournaments and world cups,”

It’s not one of those thin flags that you get from Chinese shops, it’s heavy duty and it’s old.”