2018 has been another bumper year for New Zealand music. Some of the RNZ Music crew (Kirsten Johnstone, Tony Stamp, Nick Bollinger, Alex Behan, and Yadana Saw) play and discuss some of their favourite songs from Aotearoa. 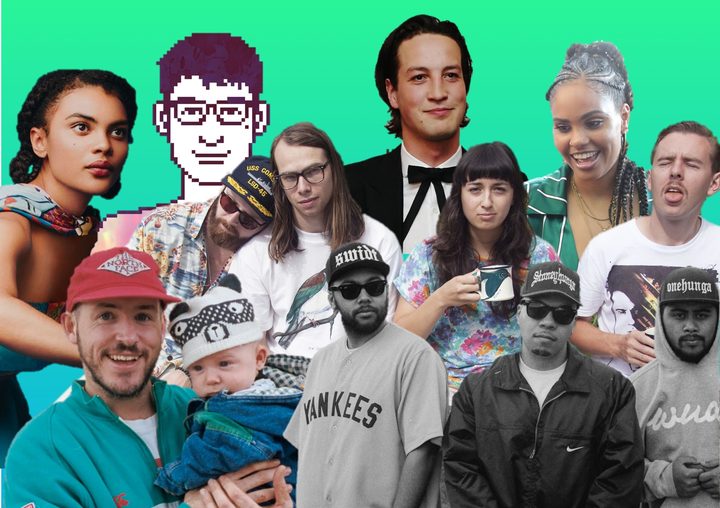 This is a perfectly formed pop song and an incredible breakout tune for 18 year old Aucklander Bene. I hear she’s got heaps more songs up her sleeves and has been working closely with producer Josh Fountain which bodes well for her 2019. One to watch.
Alex Behan

There’s a recurring pattern to my mixtape selections that can be summarised as “lounge dance-ability”. Can a song have me dancing around my lounge while the rest of my household cast suspect sideways glances at my inappropriate and uncoordinated dancing?

For Jess B’s ‘Take it Down’ it's a booty-grinding “Yes!” The song nicely nests itself between summer playlist staples such as Major Lazer’s 'Watch Out For This (Bumaye)'  and the stone cold Jazzy Jeff/Fresh Prince classic 'Summertime'. Credit to P-Money who produced Jess B’s whole EP Bloom, which the track is from.

My Design, On Others’ Lives is the stunning, rhythm-driven debut album from Wellington-based singer-dancer-songwriter-producer Estere. All her skills are on display in the slyly Prince-like ‘Rent’: a song that ironically celebrates the hand-to-mouth existence of a person dedicated to their art.
Nick Bollinger

So Below - 'Crying On the Bathroom Floor'

Maddie North has delivered another fantastic cover. Following her killer version of Now Now’s 'SGL', she’s taken on 'Crying On The Bathroom Floor' by California electro-pop outfit MUNA, and once again made someone else’s song feel like it’s completely hers. Carried by Maddie’s rich voice, it’s a goth-pop tale of heartbreak with plenty of melodrama, and a wee bit of optimism.
Tony Stamp

I like my hip-hop with a healthy dollop of politics and social commentary - and Tom Scott has one of the keenest eyes on social injustices in NZ hip hop. In this album he riffs on addiction issues, mental health, homelessness, inequality, global warming, and colonisation - but puts it all amongst his very personal and poignant stories - of his own addictions and those of the people around him, of his own mental health, and the change becoming a dad has made in him.

Tom said there isn’t a song on that album that didn’t make him cry while he was writing it - and I can hear all those feelings. He’s never not been honest in his records, but this one really allows us to see what’s under the joker stoner Tom Scott - and it’s messy, but amazing.
Kirsten Johstone

SWIDT - 'No Emotions In The Wild'

This song marks a maturation for the SWIDT crew with Spycc’s first verse taking aim at toxic masculinity, social inequality and mental health. But they couldn’t be completely serious of course so INF  literally changes tune in verse two taking the song in a bombastic direction. Such consistently great ideas and execution from this crew. Continually impressive.
Alex Behan

Orchestra of Spheres -  'Black and White'

Orchestra Of Spheres are a Wellington band who make music that sounds like it comes from everywhere and nowhere. It’s like if all the WOMAD festivals of all time got put in a blender and propelled into to the outer reaches of the galaxy. Nick Bollinger quite rightly described them as "ethnographers of the imagination".

They can also be contemplative as seen in this very soothing track with the gorgeous vocals of ETonalE and Mos Iocos.
Yadna Saw

Liz Stokes has perfected the guitar-based power pop song and Future Me Hates Me, the first album from her band The Beths, proves it ten times in a row. ‘You Wouldn’t Like Me’ epitomises their style: hooks that build upon hooks, harmonies, handclaps, and a gear-shifting solo from lead guitarist Jonathan Pearce while Stokes voices her romantic anxieties in a way that is fallible, funny and beautifully human.
Nick Bollinger

Pickle Darling is the nom de plume of Christchurch musician Lukas Mayo, who makes bedroom pop that feels musically petite but emotionally vast. He has the rare knack of writing personal stories that speak universal truths, delivered in a broad kiwi twang with plenty of self-deprecation. Biology is a good representation of his debut album Bigness - so tonally warm and inviting you to want to crawl inside it and shelter from the outside world.
Tony Stamp

Marlon Williams - 'Nobody Gets What They Want Anymore'

All of this song's elements make this one of the best break-up ballads ever: the close harmonies, the drums gently skittering along, the heart-string pulling strings and piano, and the story - the tough exterior of it before it crumbles at the end and admits defeat. Marlon sounds completely broken, and that he had the courage to turn the emotion and vulnerability into a well-crafted song is testament to his talent as a songwriter. That he was able to convince his ex to sing her part makes it even more amazing.
Kirsten Johstone

Here's some more local music we loved this year: