Los Angeles-based singer and composer Julia Holter has just released her fifth album Aviary and is performing in New Zealand in January. She spoke to RNZ's Kiran Dass. 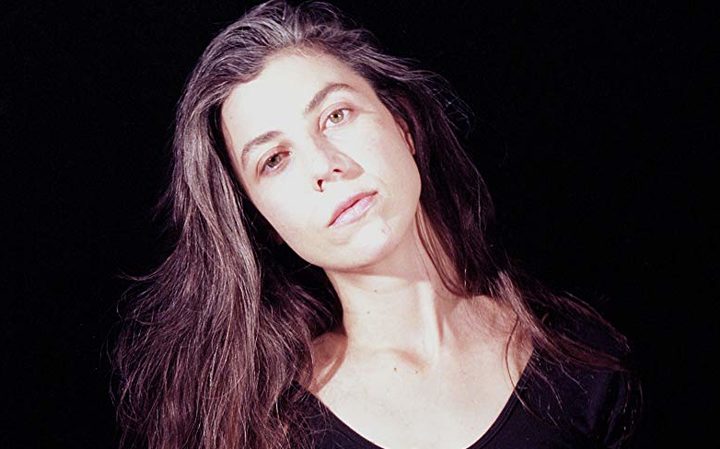 Or maybe it’s the other way around? Bringing together sonic explorations with sweet and lush pop, Holter’s music is complex but irresistible, steeped in sadness but also ecstatic glory.

Aviary pushes further the experimentation hinted at with 2015’s Have You In My Wilderness. Holter, who grew up with historian parents, infuses her songs with literary influences, bringing together references to Buddhism, Pushkin and Anne Sexton’s reworking of Sappho.

Her abstruse lyrics will make your ears prick up.

“For me, it’s about letting the song become something that’s alive,” she says. The songs on Aviary, which is a combination of home and studio recordings, are also inspired by medieval troubadour songs and the atmospheric and iconic Blade Runner score by Vangelis.

The pieces are dynamic, crackle with feeling and feel alive. Holter, who has a masters in composition, employs interesting and effective sonic techniques. “I wanted to make something energetic,” she says.

‘Every Day in An Emergency’ is strikingly expansive and explosive. With shrill bagpipes, it straddles the line between noise and pop.

“When I’m writing, I think about feelings a lot. I came up with the phrase (Every Day is An Emergency) because that was how I was feeling, and that is how I continue to feel all the time. And I think a lot of people feel that way these days.”

“I had this phrase already in my mind so I wanted to create that feeling. I don’t want to make something that everyone hates and is complaining about… it’s harsh frequencies and I understand that. Like, we don’t always feel good, you know. There’s a weird ambiguity between what sounds good and what sounds bad. I mean, I like these frequencies a lot.”

You get the impression that she thinks the song might polarise people but it’s a standout centrepiece.

Holter says she was interested in playing with a technique called ‘hocketing’ which was used in medieval music but is also found in nature and has a rhythmic effect.It’s basically instruments or voices playing similar melodies but interrupting each other, resulting in a kind of crashing and clattering effect.

Tracks like ‘Chaitius’ and ‘Voce Simul’ are captivating collage pieces. On ‘Chaitius’ Holter sings in both English and medieval Occitan. “With ‘Chaitius’ I wanted to evoke all these birds flying around. I wanted to use that with lyrics that were made up of different languages.

"In this case I just used two (languages) to create the feeling of focus being on the sound of the words. I didn’t want it to be nonsense words, I wanted them to be actual words but for it to be unclear what I’m saying because of the mixture of languages.”

With a swirling, dense and lush sound which includes keyboards, violin, viola, synths, trumpet and bagpipes, how does this music translate in a live setting? Holter, who is bringing her full band bagpipes and all to New Zealand in January 2019 is excited about playing with her band, and describes their live set up as “exciting and intense.”

“It sounds really rich on stage.”

Holter says that working with different layers and textures, her finished songs don’t always end up how she initially envisioned. “It always feels to me like a journey that I don’t know how to predict. A lot of the way I work is trial and error.”

“All that surprise stuff? I’m so into that!”