Kurt Vile: 'I know my music is pretty weird'

Philadelphia fret-flayer Kurt Vile has a new album out and is heading to New Zealand in April. He tells RNZ Music’s Francis Cook about his love of the South Island and his awe for Cass McCombs. 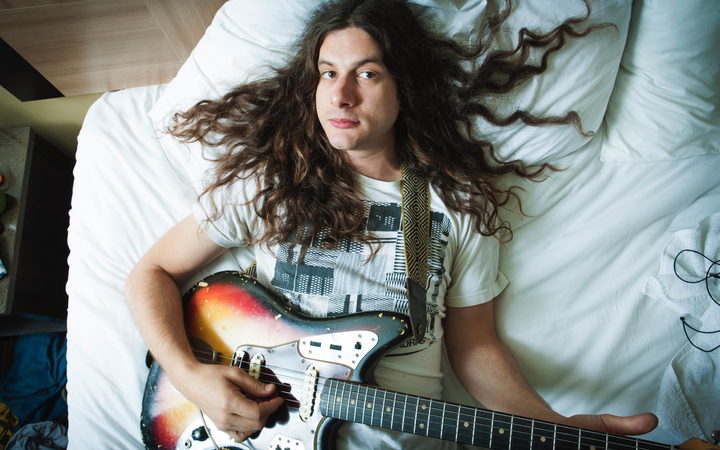 The upcoming tour will be the artist's fourth visit to New Zealand. I ask him if he’s familiar enough with the country to be looking forward to seeing certain people or places.

“Yeah I love the people that take care of me in, uh shit, what’s the main city in New Zealand?”

We figure out he’s trying to describe Auckland, though the Wellingtonian in me helpfully suggested the capital first.

Kurt is especially enamoured with the South Island which he drove around with his family at the end of his last tour here.

“Just being able to drive around the South Island was fucking unreal. You’re on the literal end of the earth and it’s beautiful,” he laughs.

Kurt’s new album Bottle It In takes a slightly darker turn than his other releases. Here he sings about depression, anxiety, drinking and drug use. The title track is a ten-minute meditation on rejection.

There are moments of joy though: ‘One Trick Ponies’ for instance is a joyous sing-along featuring some fantastic backing vocals.

It’s not something you typically hear on a Kurt Vile record, but it works very well.

“There’s a lot of cool backing vocals on the record, but that’s the quintessential example. It’s something a lot of people don’t do lately. It’s a classic thing, getting those 70s harmonies like Steely Dan. I’m stoked about it."

Kurt says he made the album in between touring, preferring to go in-and-out of the studio to record songs rather than doing it in one long process.

I ask if he gets nervous about handing over a finished album.

“I get a little stressed turning the record in. There’s this moment of feeling pretty cocky, then there’s a moment of uncertainty."

However, he stands by Bottle It In and impending reviews aren't keeping him up at night.

“I’m really proud of what I do and it reaches a lot of people. I know my music is pretty weird. It doesn’t all hit you right away but I’ve always felt a love from fans and now it feels more solid.

“Whether the record blows up, I’m prepared for anything. I know it’s a good record.”

He says the album's titular track ‘Bottle It In’ - which features fellow American musician Cass McCombs - is his favourite song on the record. I ask what it was like to work with songwriter Cass on the song.

“Of all modern artists I’m most in awe, I would say Cass. I don’t know what planet he goes to get those beautiful songs.”

Parts of the album address the loneliness of touring and being apart from his family. Kurt says he’s gotten better at meeting his family while on tour, which alleviates the homesickness, but it's still a tough circuit to tour a new album.

“For a minute things have to be insane for them to be laidback in this business.”