Lily Allen on getting back her smile

Lily Allen has dealt with fame since she was 21. In an interview promoting her upcoming New Zealand show she addresses both the up and downsides to fame, the rawness of her latest album, toxic internet culture and her new, happier place. 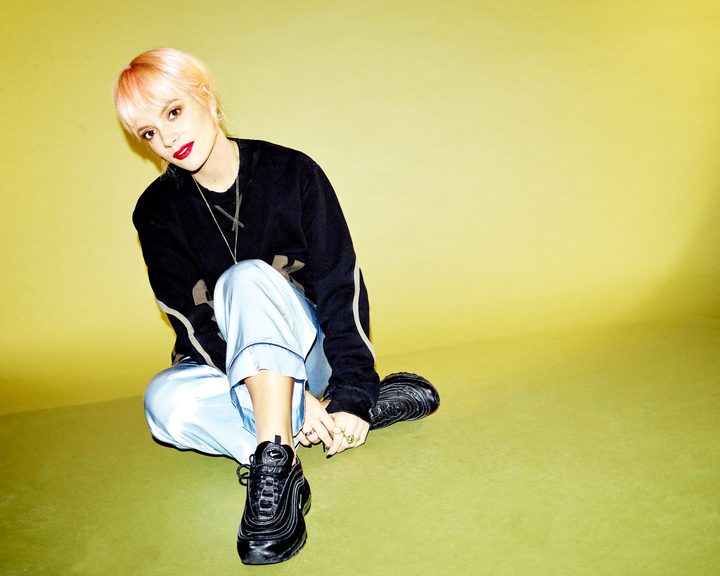 Alex Behan: I understand that your most recent album No Shame, you didn’t really have commercial goals in mind, you just wanted to create songs you'd be happy singing night after night.

Yeah exactly. It’s very repetitive getting up on stage every night and singing the same songs and I’ve found in the past specifically with my Sheezus record I didn’t feel particularly connected to the material.

I ran into a lot of trouble and I was going through the motions as a result. So with this record, I really wanted to do music that was very connected and just felt real and like me, so that’s what I’ve done.

How do you end up making an album, or songs, that you're not connected to? 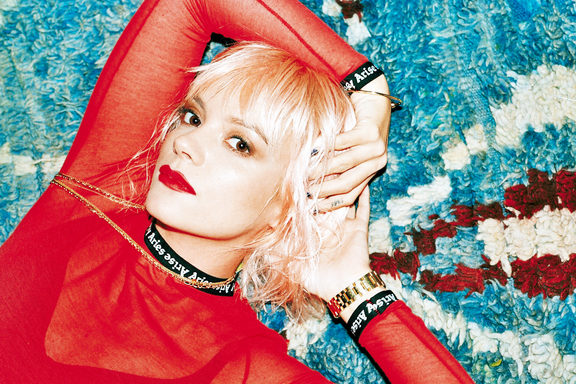 Well, I guess … I made music that I thought would do well on the radio, which wasn’t necessarily what I was into personally. My aspirations were all mixed up: I wanted success, I wanted money, ticket sales, radio play, red carpets and selfies with famous people and it was all just wrong.

READ: The Sampler - No Shame by Lily Allen

It didn’t make me feel very good as a result. So this time it was a bit more about re-evaluating and doing something that did feel real and felt honest and integral and connected and I feel like I’ve done that.

Even though the audiences might have been a bit smaller and the record sales haven’t been as enormous its felt so much better for me as a human being.

It’s well documented that following the Sheezus tour, when you began work on this latest album, you went through a very difficult time: you weren’t leaving the house, you weren’t writing, you weren’t working. There are some darkly intimate moments on the album and it’s sad in places, but you don’t seem sorry about that period either.

No. That’s why it’s called No Shame. It touches on some subject matter that people ordinarily like to brush under the carpet or keep under the bed. I’ve sort of come out and said it and said it all and it’s been really amazing watching the reactions of people. 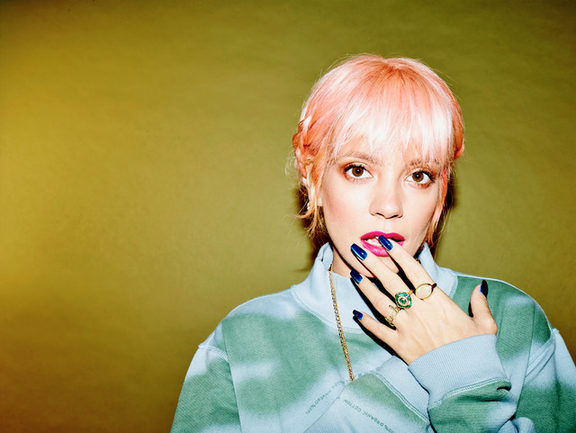 Especially young mums and recent divorcees who've connected with me and said, 'Thank god someone is saying this stuff.' because it doesn’t really get said enough and they are not ‘odd’ feelings. Society will tell you to feel a certain way about yourself if things don’t work out, but it’s really not as bad as it seems. I’m really happy to be able to tell my small part and perhaps help people feel better about themselves through music.

In the opening track ‘Come On Then’, you speak about people calling you a bad mother and a bad wife. It’s a tough old place out there online huh?

Yeah but I don’t think it’s really about me to be honest. I think it’s just about women.

I think that the world is run by predominantly straight white old men and they like having all the money and all the control and telling people how they should or shouldn’t behave because it means that they get to keep all the money.

I think as soon as people look or sound different or start having an opinion or wanting to contribute to the conversation there is a big push back.

I’m one of the few people who's willing to put myself out there and have those conversations and so sometimes I get the brunt of the pushback and that’s fine. I’m OK.

You were one of the world’s first verified MySpace celebrities. You’re a product of the internet in many ways.

I think I was the first actual troll [laughs]. I was pretty unsavoury about things that I didn’t agree with whether that was people place or things. I probably wouldn’t be that way now but it was the beginning days of the internet and social media and it felt appropriate at the time.

But you know, I was one of the first trolls out there.

And you admit that even now you spend too much time looking at it and it doesn’t necessarily make you feel good.

Yeah for sure the internet is a toxic place now. I think I was really lucky in the sense that I managed to capitalise on it in the early days when things were a little bit more optimistic and new and the powers that be hadn’t quite figured out the ways to manipulate it to their advantage.

I’m forever grateful I got those first few years of MySpace and Twitter in before Lex Luthor and his gang got involved.

In a series of Tweets to highlight the absurdity of anti-immigrant and Islamaphobic sentiment, you replaced the words ‘immigrant’ and ‘muslim’ with the word ‘pensioner’. Here's an example:

“You can’t even get an appointment at the doctors because pensioners just skip the cue and claim all the benefits, it has to stop”

Now that is very clever, but not everybody got it, and you suffered quite a lot for it.

Yeah [laughs] people didn’t like it at all. But I think it is interesting and the right wing press in the UK all pretty much blame immigrants for everything that goes wrong whether it’s the health service or policing or whatever there is to complain about in the UK it’s always the immigrants fault according to the Daily Mail etc. so yeah I think it’s important to have these conversations. 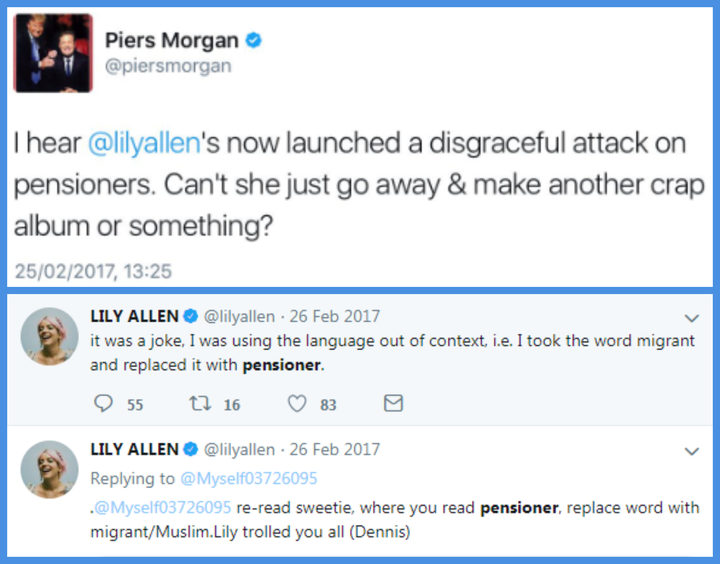 Your autobiography. Why did you start writing at this difficult time in your life? Has a book always been a plan for you?

Well, people have been asking me to write a book for years. When I was going through the separation with my ex-husband I was pretty lonely and I didn’t really have that many people to talk to. A lot of my friends were the friends I had made through him and they kind of took his side and I felt very lonely and very isolated.

And also there was a marathon in the newspapers about what was going on and the reasons behind things deteriorating and I’m really aware that my kids are going to have the internet as a resource to see what mum got up to in the past. So while it was fresh I wanted to get it all down so that I can just hand it to them to avoid having to have those conversations in ten years time. So it was pre-planning.

It’s unbelievable the amount of public scrutiny you've been under in the last twelve years of your life.

Yeah it is kind of unbelievable but there are upsides to it too. I’ve got a lovely house. I’ve got a great wardrobe. I get to fly around the world and sing songs to complete strangers who seem to enjoy it and I love my job. So I’m not going to sit here and complain although I do a bit of complaining in the book. So if you want to hear me complain, buy the book.

You speak in 'Trigger Bang' about addictions and triggers, but you've also said you don’t feel like an addict. Booze, the internet, sex, these are all things you use as coping mechanisms when you don’t have your normal support networks.

Yeah I don’t think I’m an addict. Addicts crave. They get up in the morning and they can’t get through a day without whatever it is. I’ve never felt like that, but I am very socially awkward and if I’m feeling really depressed and I’m in situations where  I have to socialise then I will use alcohol and I’m not very good at controlling it.

The same has gone for drugs and sex and company. So I don’t think I’m an addict but I definitely am drawn to … things.

You’ve been through a really tough time lately. A divorce, a loss of identity, you suffer from bi-polar you’ve suffered PTSD and post-natal depression, how are you today Lily?

I’m doing pretty good I have to be honest. I’m here in Australia, selling tickets to the tour, people are responding to my album really well, my kids are thriving and are happy. They’ve just started the New Year at school. I’ve even got some of my Christmas shopping done, everything is on track.

Being on tour can be very isolating but I’m very lucky this time around my boyfriend is travelling with me. You know hotels rooms are lonely places when you’re on your own especially for long periods of time and when you’re doing the same thing over and over every night and you’re away from your kids and it can be dark.

But I think if you put the right things in place then it can be the most amazing thing in the world and that’s what it’s feeling like at the moment.