Kool & the Gang, The Jacksons, Village People to play Mt Maunganui in January

The Jacksons, Kool & the Gang, The Pointer Sisters, Village People, Sister Sledge and The Sounds of the Supremes will perform at Mt Maunganui’s ASB Baypark in January. 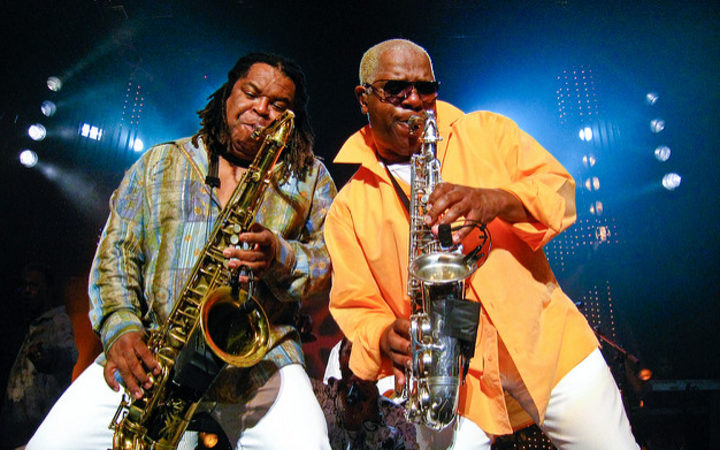 Some of disco’s biggest icons will perform together for the first-time ever at the Summer’s Day Disco festival this January.

Acts including The Jacksons, Kool & the Gang, Village People and Sister Sledge will perform at, Mount Maunganui’s ASB Baypark on Thursday January 10, 2019.

Rock n’ Roll Hall of Fame inductees The Jacksons, featuring original members Jermaine, Jackie, Tito and Marlon will headline the festival, playing hits including ‘Can You Feel It’, ‘Blame It On The Boogie’, ‘I’ll Be There’, ‘ABC’ and many more.

Kool & the Gang will perform songs from throughout their five-decade career including ‘Celebration’, ‘Get Down On It’ and ‘Jungle Boogie’ while three-time Grammy winners The Pointer Sisters will bring party-starters including ‘I’m So Excited’, ‘Jump (For My Love)’, ‘Neutron Dance’, ‘Slow Hand’ and ‘Fire’.

Village People, led by founding member Victor Willis will show why they are the kings of the era with their smash hits including ‘Macho Man’, ‘YMCA’, ‘In The Navy’, ‘Go West’ and ‘Can’t Stop the Music’.

Sister Sledge will bring the party with ‘We Are Family’ and ‘Lost In Music’ and ‘He’s The Greatest Dancer’, and Sounds of the Supremes will open the show with the Supremes' greatest hits of the 60s and 70s.

Who: The Jacksons, Kool & the Gang, The Pointer Sisters, Village People, Sister Sledge, Sounds of the Supremes

What: A Summer’s Day Disco