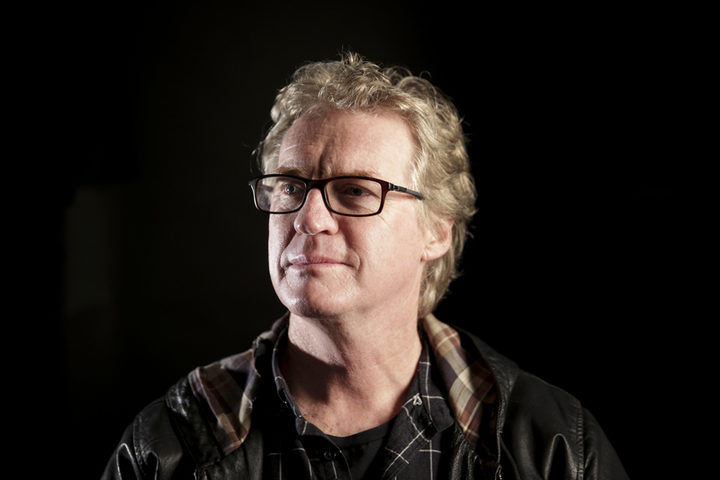 Songs like ‘Dominion Road’, ‘Anchor Me’ and ‘Bathe in the River’ are indelibly etched into the brains of New Zealanders, but Don McGlashan doesn’t set out to write hits. His songs are carefully crafted investigations into characters, emotions, and issues. His approach is quality over quantity - in twelve years, he’s released only 30-odd songs, if you don’t include his soundtrack work. That’s 2.5 songs a year that get finished, recorded and released, despite his ‘blue-collar’ work ethic.

“To call my output glacial is doing a disservice to actual glaciers. Some of the younger glaciers move faster than that.”

“I’m jealous of people who write stories and novels who talk about writing a thousand words a day. A thousand words would feel like you’ve achieved something. But you can easily power into a bridge or a chorus for a day and then realise that it’s gone in completely the wrong direction and it’s all got to be thrown away.” 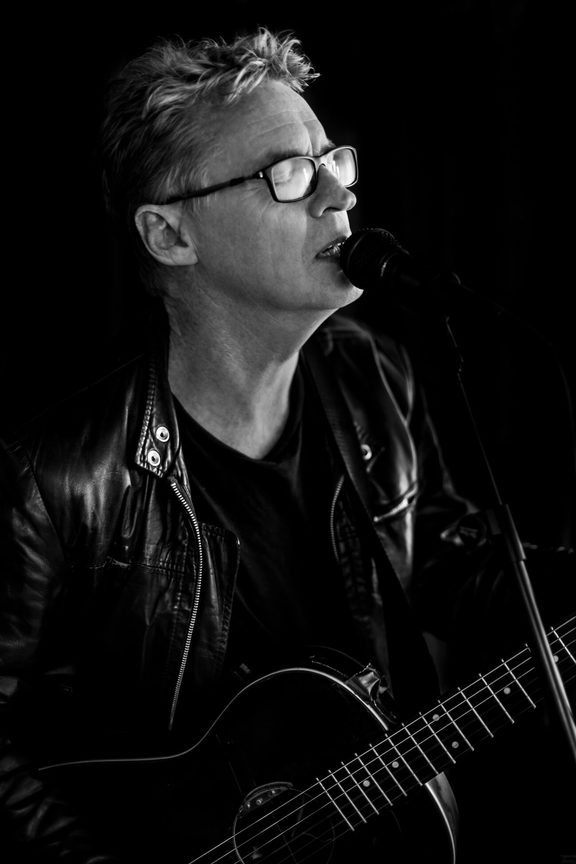 He’s happy with his chosen art-form though, and reckons he’s still got a lot to learn about songwriting and many more things to write about before he tries his hand as a novelist or short story writer.

“Whatever you’re writing, you’re trying to describe what it’s like to be human, and if it’s observational and outward looking then you’re the vantage point, you’re talking about what the world looks like from where you’re standing. If you want to write about love or joy, then you’re the closest human to you, so the idea of turning inwards is something that you can arrive at but you have to feel comfortable to do it.

“I think there’s been times in the past where I’ve thought ‘I just want to write a love song’ or ‘I just want to write a song about how I’m feeling’ and I would try it and it just wouldn’t feel right. I tend to work away at songs and then I throw them out. And a lot of those songs would have ended up on the floor, but this last album [Lucky Stars] and some of the new stuff I’m working on - I think they are more personal ideas and they haven’t landed on the floor. That’s progress.”

Don has had a few big life-changes lately, which may be making the songs flow a little more freely. After separating from his first wife in 2012, he remarried and now spends half his year in his new wife’s home of Vancouver. He comes back to his Auckland home frequently, in part to hang out with his grown-up children Pearl and Louie, both of whom are writing songs themselves.

Listen: The Mutton Birds live at the Kings Arms in 2012

For the mixtape, Don has chosen songs with a little help from his friends.

"Many of the people that’ve sent me these songs that I’m playing today, they’ve shared those songs with me because they wanted me to have them - they’ve given me gifts."

“The song meant a lot to me when I was a kid, it’s on [Simon and Garfunkel’s album] Bookends I think, and I had that album and just loved it, played it and played and played it. It had words in it concepts in it that I just didn’t understand, coming from New Zealand. I didn’t know what gabardine was but I thought it was a beautiful word …

And ‘It took me four days to hitchhike from Saginaw’ - I didn’t know what Saginaw was - was it a place or a state? And the New Jersey turnpike, I didn’t know what that was. And now I am the age I am, and I’ve been to all those places and I’ve worn a gabardine suit.

“It spoke to me about how songs can be full of images that you don’t necessarily understand but that you can still get the subconscious weather that’s blowing through the song. And certainly that song spoke to me, about adventure and about being lost and that phrase ‘they’ve all gone to look for America’ - is still such a fantastic resonant way to go out at the end of a song, and especially at a time now when America is so lost.

“The cool thing about this cover version is it’s done by First Aid Kit, who are young Scandinavian women, who… they’ve toured a lot since they put this record out, maybe by now they’ve been to all these places … but I think when they made the recording it had an innocence.”

“This was sent to me by my friend Frank Stark. This is beautiful and unexpected, it’s a live performance, and the audience haven’t got a clue that it’s a Radiohead song until a little ways in, and you can hear them reacting. And it’s beautiful to hear a Radiohead song and to hear the words - I love Radiohead but Thom Yorke does mumble quite a bit.

“There’s something quite gorgeous about this version, and I received it at a time when I really needed it.”

“It’s the time to remember Aretha Franklin, but also this is such a fantastic expression of authority on her part. And evidently they [producer Jerry Wexler and writers Chips Moman and Dan Penn] gave the song to her and she threw a wobbly and walked out of the studio. I don’t know what she actually said, but the gist of it was ‘why are you getting these white guys to write songs for me’. And she disappeared, went to ground, and they didn’t know where she was.

“What she was doing was trying to get her head around the song, and once she realised that there was something in it that she could make her own, by playing the piano part herself, by changing the structure a bit,  and getting her sisters to come and sing backing vocals - and those are really important because they reinforce the story - it just came alive for her.”

“This is fantastic, I’ve never heard a rock song with the word ‘tummy’ in it before. She’s got this couplet that goes ‘Tongue in tightropes, tummy a flutter’ which is hard to say - hard to sing, I would imagine, but it’s such a cool image.  And I love the way the bass kinda wigs out at the end.”

Sly And The Family Stone - 'Stand!'

“Isn’t that the best antidote to an ordinary day? It always makes me smile, that track.

“I just love the energy of it and it’s got a great message too. ‘Stand, you’ve been sitting far too long. There’s a permanent crease in your right and wrong’.

“Luke Buda [from The Phoenix Foundation] got in touch with me ‘cause he was working on an idea for a song about the kids on Nauru, and he sent me a demo of it, and I said ‘can I write some words for that?’ And it looks like we’re collaborating on it now, he’s sent me a few versions of it, and I think it’s a good song.

“I mean, protest songs, whether they make any difference or not, I think they can be just part of the picture. What needs to happen is lots of letters need to be written and people in power need to feel that there’s political capital in making a change. That’s how changes get made. But sometimes music can help.”

“This is a forgotten gem really, Judee Sill had a really short career on the West coast of the US around [the early 70s] a contemporary of Joni Mitchell I guess. And Sean Donnelly [SJD] played her to me years ago, or even mentioned her to me, he might not have even played any. And the name went in, but I didn’t really do much thinking about it and then we were doing a long trip somewhere, Shayne [Carter] and I in the car, between gigs, and playing different things, and he played me ‘The Kiss’.

“It just blew me away, because it seemed like a whole world imagined. The way she phrases, the way she sings, the way she paints pictures, the unapologetic romanticism of the way she uses words. It just really floored me, and [since then] I’ve learned more about her and what she did in the tragically short time that she had to make music.

“This really means a lot to me this song, and I’ve got Sean and Shayne to thank for it.”