Cousins Ruby and Asha Warrington are Katy Perry fanatics - or 'Katy Cats'. The seven and 11-year-old went to her show on Monday night at Auckland's Spark Arena - the first New Zealand date of the popstar's Witness tour. Here's their review. 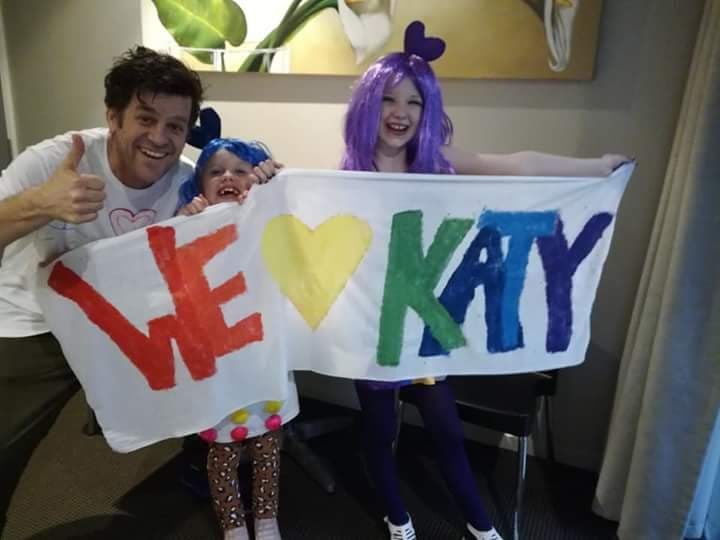 "Shark dabbing, Mozart on the floor, being eaten by a big set of lips," are some of the things cousins Ruby and Asha Warrington witnessed at Katy Perry's first NZ date of her Witness tour.  It was "the first time they'd seen their idol in real life".

Eleven-year-old Ruby Warrington created outfits for her 'entourage' who included her mum Jollene, her uncle Brad and cousin Asha. Ruby and Asha's homemade outfits were inspired by Katy Perry's 'California Girls' video. They even made a t-shirt for Asha's dad and Ruby's uncle, Brad, who's normally a staunch hip-hop fan.

Asha, 7, gives the background on their favourite artist: "She has dog called Nugget. A cat called 'Kitty Purry'. She was a judge on American idol. She's 33 years old. Growing up she had a Christian background - her parents were pastors. She wasn't allowed to watch the Smurfs but she ended up being the voice of Smurfette."

Ruby notes that they "were the only ones with a sign" and there were "lots of mums and dads with their kids" at the concert.

The cousins were impressed with Perry's vocal performance: "Her singing was amazing. She sometimes changed the tune of the song. She was amazing live and she also played the guitar. She had really good back up singers," says Ruby.

"She didn't just sing songs, she entertained us as well." she adds. 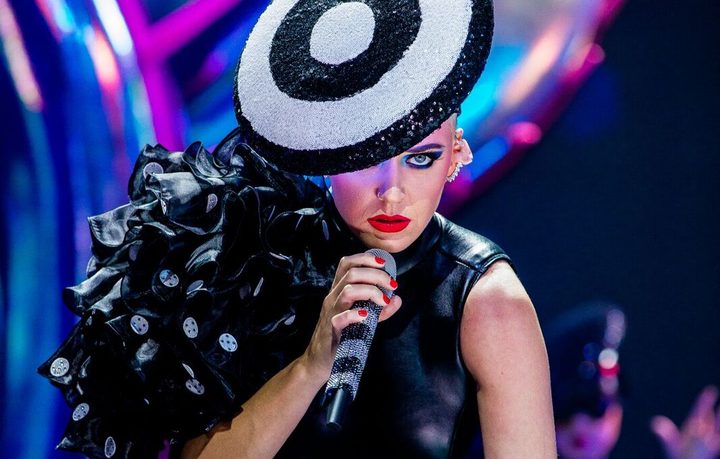 The sheer spectacle of the Witness tour also grabbed our reviewers' attention: "Giant roses with eyeballs, gigantic basketballs, the massive hand that she stood on. Singing and dancing, lights, shark guy."

It was a dream come true for Ruby who got to see real fireworks for the first time, along with Perry's hit song Firework.

Asha thought Katy was brave "because she sat on planets flying above the crowd". The numerous "beautiful" costume changes by the pop star caught the seven-year-old's eye: "She was really quick at changing."

The after-concert experience was a huge highlight for the girls. Ruby reckons she'd definitely take her Mum again "because she was singing and dancing" but more because "she let us have midnight McDonald's even though she hated it".

"I'd take Dad again because he is my bestie," says Asha. 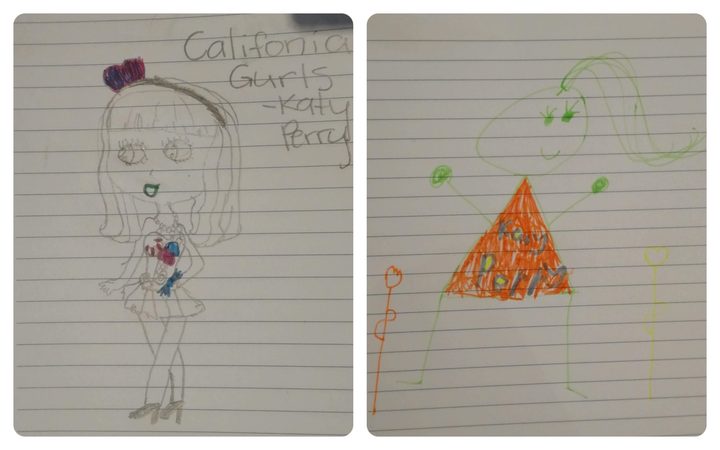 And what did the staunch hip-hop dad think of his first pop concert?

"Honestly it was awesome ... it was like watching live music videos, dancers, props, costume changes every couple of songs ... I was impressed. She's positive and fun."

"Seeing the girls having a ball was my highlight. Tugs right at those heartstrings."