Box sets: getting bigger but who wants them?

As the compact disc goes the way of the wax cylinder, box sets of music on CD are - curiously - getting bigger. Nick Bollinger looks under the lid. 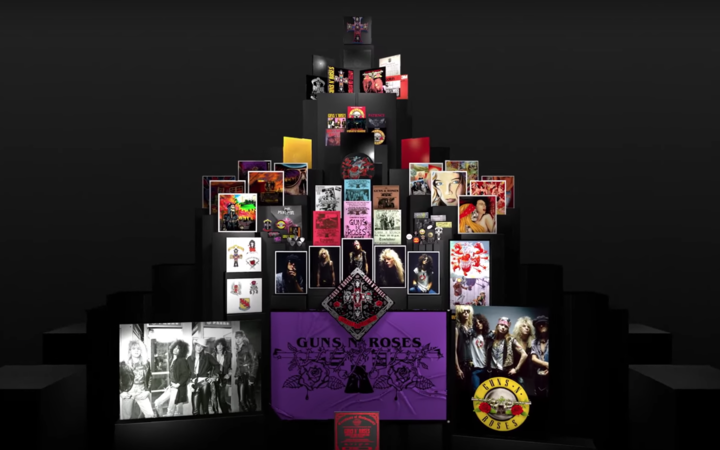 “Who would actually want all of all this? I mean, what is the point?”

RNZ music producer Kirsten Johnstone is shaking her head in a combination of wonder and despair as she scans through the promotional material for a new box set marking the 30th anniversary of Guns N’ Roses debut album Appetite For Destruction.

Like so many releases these days, this one comes in a variety of formats. At the modest end is a 2CD ‘deluxe’ edition: the original album remastered from analogue tapes, plus a second disc of B-sides, EP-only tracks and a few unreleased demos.

But if you have $300 to spare, you might go for the super deluxe edition: four CDs, including 50 unreleased recordings, videos and a 5.1 surround-sound mix of the original album on Blu-Ray.

Or you could go the whole hog and, for a bit over $1500, get the Locked N’ Loaded edition. This includes the super deluxe package as well as a whole bunch of stuff that would be of no use to your CD player: vinyl singles, guitar picks, patches, temporary tattoos, a bunch of hand-made metal-cast skull rings modelled on the band members’ faces, a turntable mat....

The answer to the first part of Kirsten’s question – who wants it? - is obvious enough: the thousands of fans around the world who have already bought a good chunk of the Locked N’ Loaded edition’s 10,000 copies.

If you simply want to hear the music, digital streaming services will oblige. Even the rarities and outtakes of Appetite For Destruction’s deluxe edition are available on Spotify.

Whether these are worth hearing is another matter. Out-takes are so named for a reason: in most cases, they are inferior versions of songs that weren’t considered good enough for release. Yet it has become standard for any well-established artist to pad their reissues with sub-standard ephemera.

Shouldn’t we be content just to hear the best an artist has to offer?

Admittedly there has been the rare artist whose best is only found in a box. 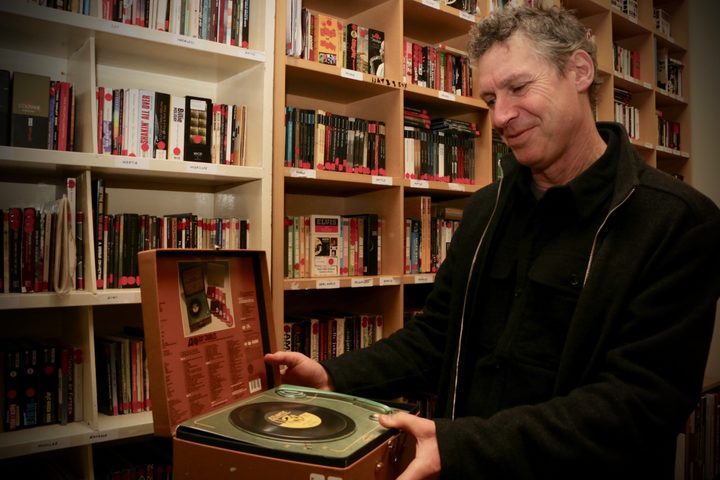 Bob Dylan, for reasons of his own, kept some of his greatest songs in the can for years while issuing entire albums of dross such as 1988’s abysmal Down In The Groove. The eventual release of the legendary lost track ‘Blind Willie McTell’ along with a number of other missing gems, made the first of his Bootleg Series boxes in 1991 genuinely essential. You didn’t need to be a completist; just someone with an interest in hearing the bard at his best. The series is now up to its fourteenth volume.

Yet even in the case of Dylan, the returns are diminishing. Who but the truly obsessed will ever play the entirety of the recently issued The 1966 Live Recordings, a 36-CD set containing every known recording from his notorious ‘Judas’ tour? Then again, a Grateful Dead fan would say, “Pff, that’s nothing!”, having already sat through the 80-disc set of their complete Europe ’72 shows. Twice.

Unlike Dylan, The Beatles left very few finished songs in the can, which doesn’t mean several tons of cardboard and polycarbonate haven’t been expended in reboxing their classics. 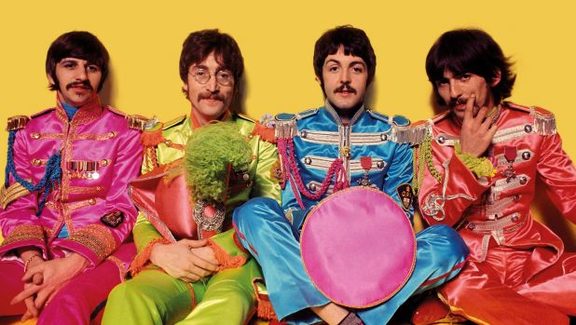 Musicologists convincingly suggest that having access to The Beatles’ rehearsals and first takes gives us an essential insight into the work processes of the 20th century’s most popular composers; that these are the equivalent of DaVinci’s sketchbooks or Beethoven’s manuscripts.

But can one really make the same argument for, say, Kiss? As far back as 2001 their demos and rarities were being bundled up along with their hits as a 5-CD set contained in a cute miniature guitar case - which, by comparison to Locked N’ Loaded looks almost humble. 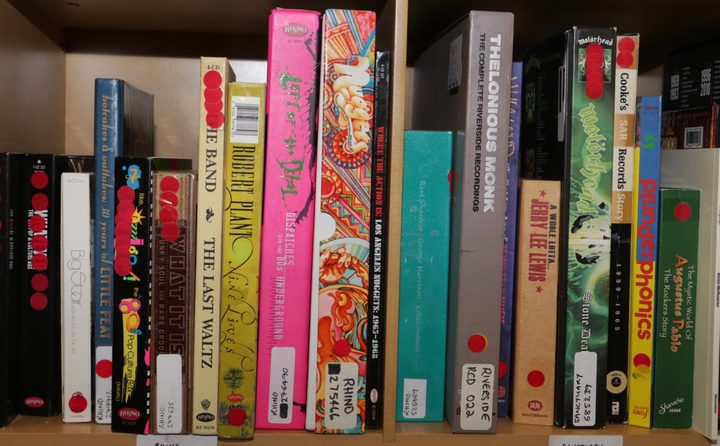 The RNZ Music collection of box-sets is pretty extensive. We have a whole basement to house it all in. We don't buy many of them anymore. Photo: RNZ/Kirsten Johnstone

So the boxes are getting bigger. How did it happen?

The box set was originally conceived in the early days of vinyl as a vehicle for classical music. A three-hour opera could fill four or five full-length albums.

A pop song, on the other hand, would fit comfortably onto a single side of a 7-inch record. Pop albums were just collections of singles and B-sides, with a bit of filler. 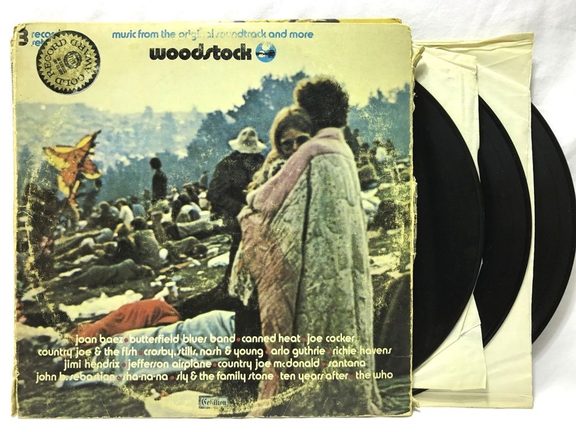 The first rock box set I can remember was Woodstock: three LPs housed in the kind of 12-inch container originally designed for operas. Woodstock had been the Bayreuth of rock festivals, so naturally the soundtrack was going to take up some space. Three days, three albums.

It was just the beginning. Over the next couple of years George Harrison alone would release not one but two triple-albums (his solo All Things Must Pass and The Concert For Bangladesh fundraiser.) Prog rockers like Yes and Emerson, Lake and Palmer took to the format like.. well, like prog-rockers to triple albums.

But it was the arrival of the compact disc that really heralded the rock box set.

With the CD’s ascent to market dominance in the late 80s, record companies suddenly had the opportunity to sell their back catalogues all over again.

What’s more, they could often resell those back catalogues more than once.

So you bought digital versions of all the original Steely Dan albums when you switched to CDs in 1985? Now it’s 1993 and don’t you want to hear that one unreleased demo and bonus live cut? And read the hilarious liner notes? I’m afraid you’ll have to pony up for the 4-CD box of the complete works. 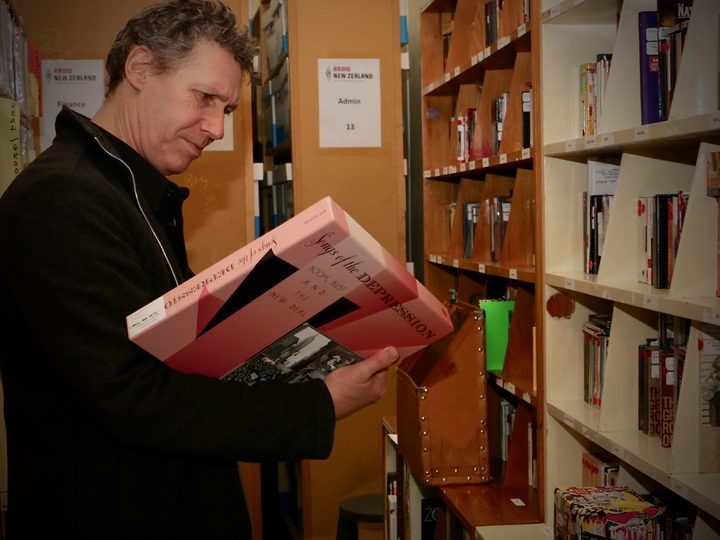 But the box set could be good value too.

The first boxed collection of James Brown, Star Time,  didn’t pretend to be exhaustive but presented an authoritative overview of a 35-year career, including tracks you would otherwise have to pay collector’s prices to hear.

And great box set could inspire not just one but two generations.

When folklorist Harry Smith’s Anthology Of American Folk Music was first released in 1952 as a set of six vinyl albums it helped fuel the first folk revival. Reissued as a CD box in 1997, it introduced a fresh generation to Smith’s brilliant eclectic vision and inspired a new movement, Americana.

Labels such as Rhino became box set specialists, curating definitive studies of an idiom or genre in increasingly imaginative packages. For a beginner’s guide to the ‘girl groups’ of the 60s there is nothing better than Rhino’s 2005 Girl Group Sounds: One Kiss Can Lead To Another – four discs in a hat-box with a booklet designed to resemble a ‘60s teenager’s diary. If the set didn’t contain every record made in the period, with 120 songs including all the classics and more, it was plenty for most listeners. 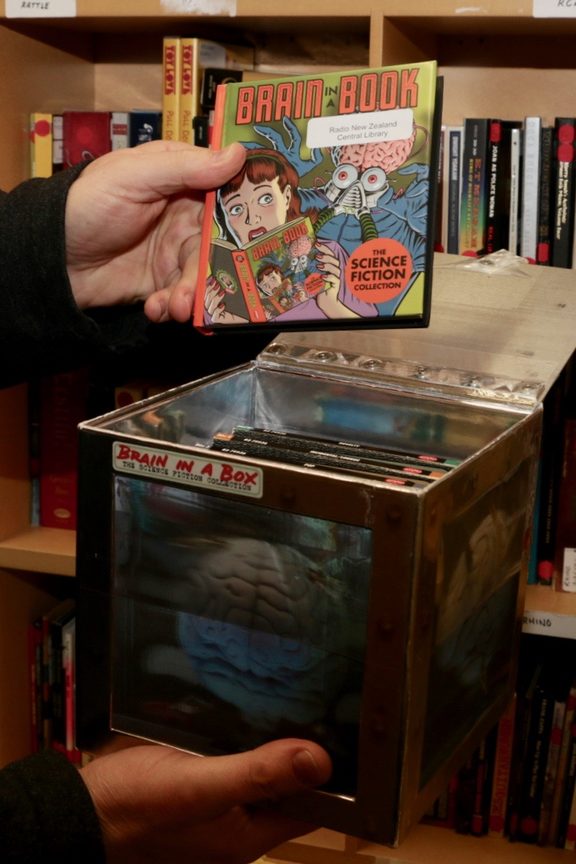 The same combination of creativity and curatorial savvy applied to Brain In A Box, their anthology of sci-fi-soundtracks in a holographic container, or their Ray Charles box, with a lid that lifted to reveal a scale model 50s record player.

Then there are those who won’t be satisfied unless they have everything. German label Bear Family caters for such listeners, with exhaustive collections. You want Doris Day’s entire Columbia recordings? Bear Family have got ‘em, all 26 CDs worth.

New Zealand has seen its music boxed as well. The 25th anniversary of the Flying Nun label in 2006 was celebrated with a brightly decorated box containing four CDs and a detailed booklet. Compiled by label founder Roger Shepherd, the collection wasn’t the obvious survey of the label’s hits that punters might have expected. Then again, ‘hits’ were never the priority of the stubbornly individual and enduring indie, and the set sold surprisingly well. An earlier box set had been devoted entirely to the works of the Skeptics, one of the label’s more obscure if respected acts. 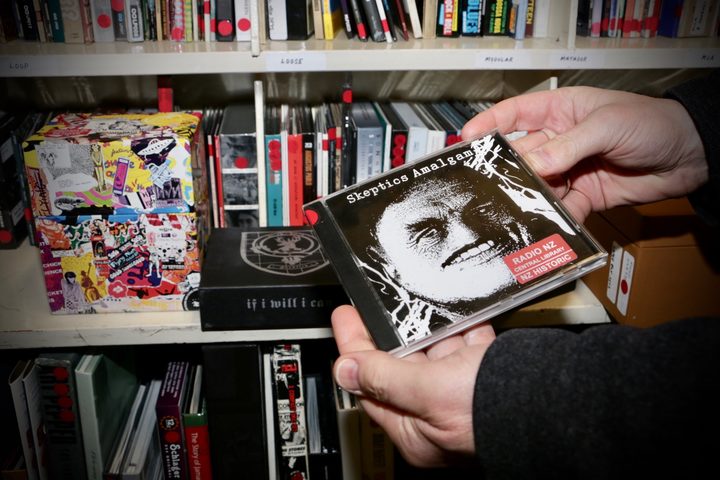 Despite slumping CD sales, the box sets keep coming. But how long can it continue?

Whether he is correct or not, it is evidently more than just the music that makes the box set a desirable item to certain people. But what is it?

Perhaps it’s this: If you started buying music back when owning records was the only way to ensure you could hear the music you wanted when you wanted it, then you have been conditioned to consuming music in a tangible format. You will have spent hours examining the small print on record sleeves or in CD booklets, and admiring the intricacies of the cover art. Your attachment to the physical object as a representation of the music you love will be deeply embedded in your psyche.

It can be no coincidence that the artists selling the biggest boxes are all ones who made their name in the pre-digital 20th century. Whether it’s Guns ‘N Roses or Doris Day, consumers expect their works to be more than just something they can listen to. They want to be able to hold it, admire it, put it on the mantlepiece.

And it hardly seems to matter whether the artefact contains new music or merely recycles old favourites. If it’s by one of those big pre-digital names, there’s a certain type of collector whose life won’t feel complete until they can hold it in their hands - and then maybe listen to it on the stereo.

But what of this century’s streaming stars? If a fan of Ed Sheeran or Rihanna, Calvin Harris or Justin Bieber has only ever listened to their music on Spotify or YouTube, why would they ever feel the need to own a box set of their work? What would they do with such an artefact? You can’t play it on your phone or watch it on your laptop.

The internet, on the other hand, gives you the ability to listen endlessly to music, and choose your own bonus content videos, images or articles about your favourite stars.

Perhaps the internet is really the biggest box set of all.