It all ties together: The songs and people who shaped Simon Grigg’s musical life

NZ music industry stalwart Simon Grigg talks us through six of his favourite songs, and the people who helped shape his illustrious career for the RNZ Music Mixtape. 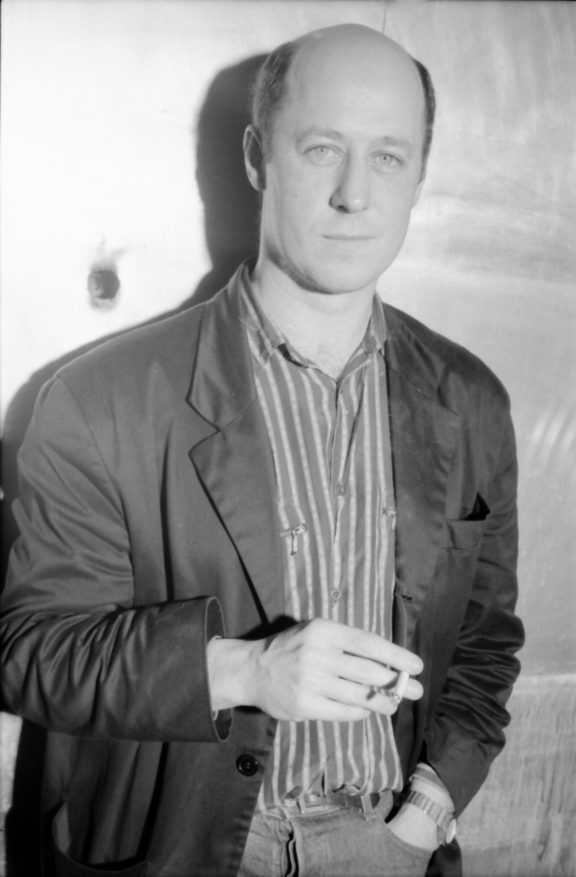 Simon Grigg’s career in the New Zealand music industry is more long and winding than most, and as such is hard to summarise.

He’s possibly best known as one third of the trio who gave the world OMC’s 'How Bizarre', via his label Huh! But equally noteworthy is his pioneering contribution to dance culture, thanks to his clubs The Asylum and Box, his long-running radio show BPM, and record store of the same name.

Prior to that he helped usher in punk to the country by founding The Suburban Reptiles, and provided a home for Blam Blam Blam and The Screaming Meemees on his first label Propeller.

More recently, Grigg was the founder of Audioculture – the noisy library of New Zealand music, and now resides in Thailand, working on a follow up to his first book How Bizarre, which told the story behind the iconic album.

For The Mixtape we asked Simon to choose six songs that helped define his musical life. He went one better, accompanying each song with a person from the time he deemed equally important.

First, a clarification from Simon: “Important musically. A lot of people have been important in my life that had nothing to do with the music. My wife and mother have been hugely important in who I am. But I thought I’d sit down and mark off some of the people who made a difference to me musically. I realised there are no women in there but then I realised the women sit on a higher plane.” 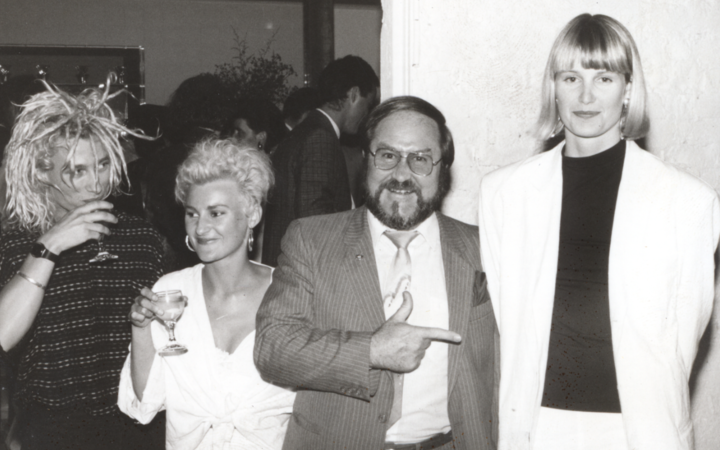 Phil Warren and friends at Cause Celebre Photo: supplied

Phil was perhaps the greatest showman New Zealand’s ever seen.

When I was about fourteen, my mother said to me ‘what do you want to do’ and I said ‘I want to be a record producer’. I didn’t really know what that was, but I knew it had something to do with making music.

Mum rang up Phil Warren, who was the impresario around town. He gave the world Johnny Devlin, probably still the biggest pop phenomenon New Zealand’s ever had.

So I went and saw Phil and said ‘I want to be in the music business’. His office was in Mayoral Drive. It was garish, shall we say. He had purple and orange vinyl sofas, and pictures of him with Shirley Bassey and others all over the walls.

He started giving me advice, some of it pretty generic, you know, stand on your own two feet, stick to what you believe.

And a whole lot of things about the media too, like ‘you control the media. You make up the stories and they’ll print them.’

In the early eighties I started bumping into Phil, and we became very close friends, up until the day he died in 2002.

One of the ways Phil was known to New Zealand was as a judge on [TV talent show] New Faces, and one of the bands that came out of that show was Split Enz. Phil was very conservative at times, and he got it wrong with a few people. But he got it right with Split Enz. 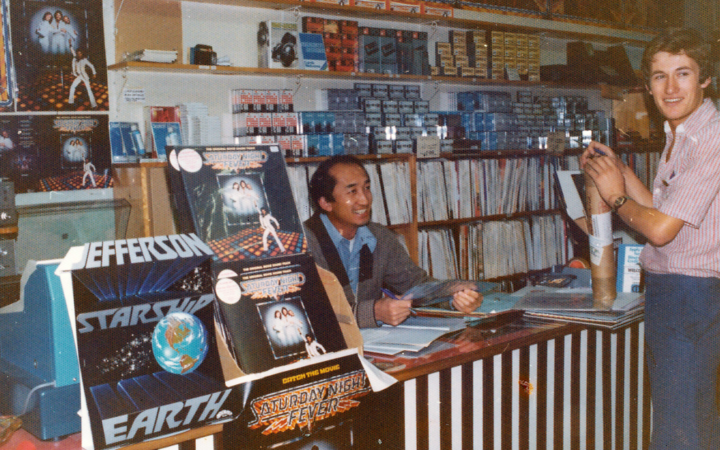 I first met Henry when I’d just left school. I was working in a freezing works, and I’d drive home through Panmure. There was a tiny little record shop there called Sounds Unlimited.

Henry was behind the counter and I’d go in and chat to him a little bit.

Henry was not a person who had a great deal of musical taste, but he loved selling music. And he would say to me ‘I’ve been told this record is really good. Take it away and tell me why it’s good.’

In the early eighties I’d started my first record label [Propeller], and I had no money, because you don’t make money selling independent music.

Henry offered me a part time job. He said ‘I don’t actually need any staff right now, but I want to support what you’re doing.’ He was a wonderful man.

He was an extraordinary businessman. He was the first to do that thing where you have cheap records out the front to bring you into the shop.

A few of the records Henry asked me to listen to are ones I still play today, including ‘Cruel Way To Go Down’.

Allen Toussaint was one of the great songwriters of that era. ‘Legendary’ is an understatement. 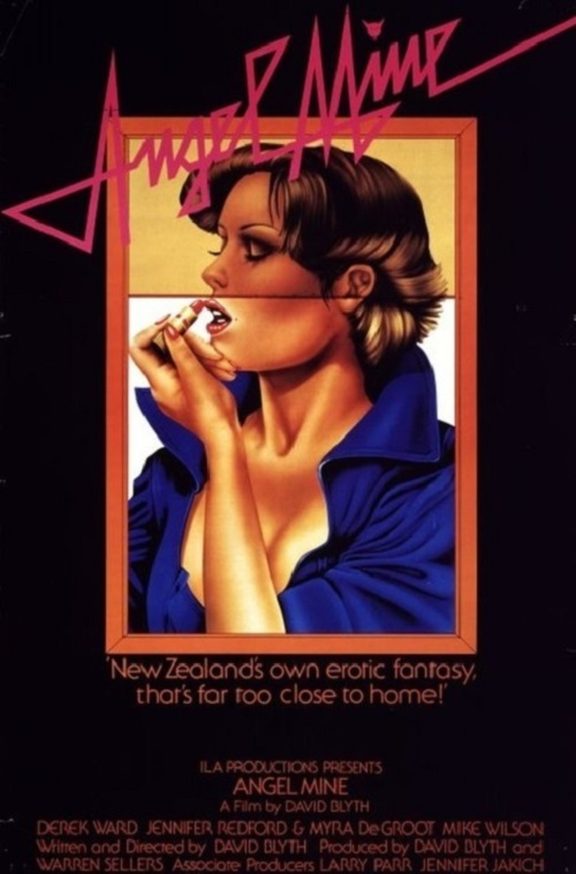 Poster for Angel Mine, directed by David Blyth Photo: supplied

David and I are lifelong friends.

We met at Auckland Grammar school. We were the new boys in the seventh form. We sat at the back of class together.

David said to me ‘I want to be a filmmaker’, and I said ‘well I’ve got lots of records’. And we hit it off.

In about 1976 a few of us at Auckland University were talking about forming a jazz band. I was going to be the manager. Then one day David Blyth was around at my house, and he said to me ‘there’s this new thing happening in England called punk.’

I said ‘I should form a punk band’ and he said ‘yeah forget jazz’.

I said to my friend Jimmy ‘right, we’re going to form a punk band’. He said fine. His flatmate said he’d play bass, and his girlfriend said she’d be the singer.

We formed a band called The Suburban Reptiles.

It changed everything for me.

I started taking Phil Warren’s advice and inviting the media along to gigs and seeing how far we could push them. ‘What can we say now that they’re going to print?’

We quickly figured out they’d print anything. We’d say ‘we’re all sniffing cleaning fluid which was sent to us by The Ramones’. We didn’t know The Ramones! But it’d be a headline in the paper in the weekend.

So David Blyth and I put on a show at Auckland University in 1977.

It was the first public punk gig in New Zealand. It was The Suburban Reptiles, The Scavengers, and the Masochists. David used it to raise money for his first full length film called Angel Mine.

Then he heavily featured The Suburban Reptiles ‘Saturday Night Stay At Home’ in the movie.

The person: Murray Cammick (Rip It Up magazine founder, Southside & Wildside label head)
The song: Luther Vandross ‘She Loves Me Back’ 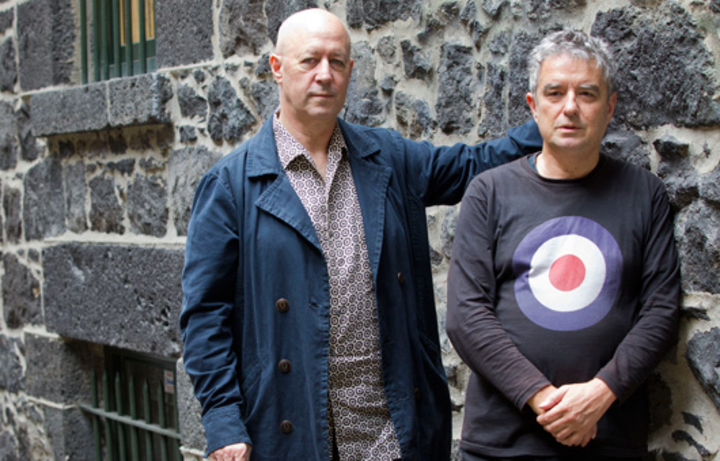 Murray is another lifelong friend. He’d founded Rip It Up and I got to know him when we were going in there and trying to hustle for a bit of space in the magazine.

We were working in the same industry, and he was heavily involved in the music I was making – giving me advice and that sort of stuff.

Murray knew the New Zealand scene was about to explode, I think. There was so much music that was being made. Independent labels were being set up all over the place. There were bands and venues everywhere.

Murray fed into that, but he also fed it.

RipItUp magazine was so important. One of the reasons why we have a music industry in this country now is because Murray Cammick existed.

My record label [Propeller] would not have survived without Murray going out there and saying ‘This is important stuff, people. Buy these records.’

And it wasn’t just me he was doing it for; he was doing for a new label called Flying Nun as well. They came along about a year after we started.

Murray Cammick also started playing me a lot of black music. He’s a funky man. He was fanatical about Otis Redding and The Four Tops and that sort of stuff.

He started playing all this deep funk, and soul, and RnB, and people like Luther Vandross.

Dave Dobbyn was listening to this sort of music as well, and DD Smash did a cover of this song. I could have chosen about twenty Luther Vandross tracks, but that’s why I chose this one.

The person: Jerry Wise (Festival Records Managing Director)
The song: Blam Blam Blam – ‘Don’t Fight It Marsha, It’s Bigger Than Both Of Us’

Around 1981 Festival was the big indie label. It was owned by Rupert Murdoch of all people, but he was very hands off.

I was distributing [Propellor] records myself, going around from shop to shop. It was hard work. Festival offered me a distribution deal. I immediately got flak from some off the bands – ‘you’ve sold out!’

But you know, I could get my records into shops all over the country really easily.

Jerry was incredibly supportive. The industry at that level is so hand-to-mouth. It was a battle.

But he was always there with his company chequebook, saying ‘we’ll back you, this is important what you’re doing’.

He did it for Flying Nun too when they moved to Festival. He did it for Murray Cammick’s labels [Wildside and Southside] later on.

He was doing this right through into the 1990s.

It was very supportive, which you kind of needed in a country this size. There were no grants, or NZ On Air or anything like that, so Jerry was the guy who was there to say ‘we can make a video for this record, don’t worry about it’.

Jerry unfortunately died in an accident in the 1990s. He was a very important man who had made sure that we could make music.

Blam Blam Blam were one of the bands that Jerry was very staunch on. You know – ‘just keep going, these guys are important’.

‘Don’t Fight It Marsha’ was a very special Propeller record. I remember being taken into the studio by the Blams, and they said ‘we’ve got this song we’ve just written; we think it could be a single’.

It was just a very magical song. 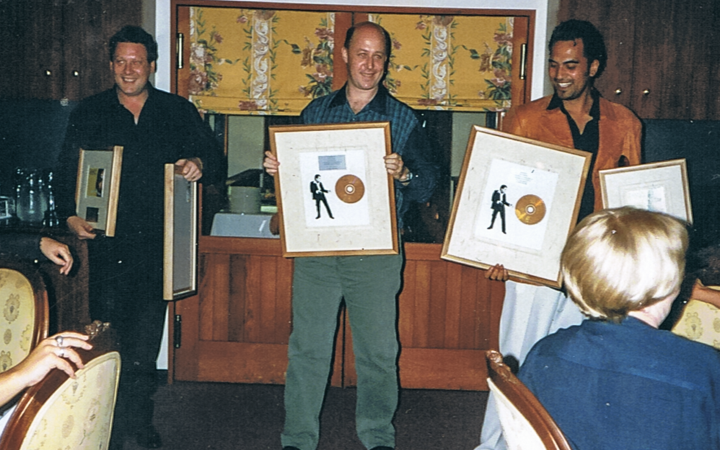 Alan and I go back to around 1981. He was in one of the first Wellington punk bands called The Steroids.

When they broke up Allen formed a new band, The Body Electric. They were one of the first synth bands in New Zealand. I helped them get a gig in Auckland and it was the first time that kind of music had been played in a club in New Zealand. It was quite an important moment.

Alan and I were working together all through the eighties. Then he got involved in the whole South Auckland movement. Pacific music and hip hop had started to explode down there.

It had Otara Millionaires Club, whose song featured a young Pauly Fuemana as the rapper on it. His brother Phillip was the mentor of the whole thing.

I’d set up the Huh! Label to release an album by Nathan Haines. And I said to Alan ‘what are you doing next?’

He called me up a few weeks later and said ‘well I’ve got this guy Pauly Fuemana and we’ve formed a band called OMC.

I knew Pauly quite well, because he used to come to my clubs [Cause Celebre and Box] all the time.

Alan said ‘we’ve got a rough mix of this song. Come in.’ The song was an early mix of 'How Bizarre'.

So we signed Pauly and went off and made a record.

See it all ties together, and all these names go all the way through.

Pauly’s father was from Niue, and he used to say ‘we came to this land of plenty, what a wonderful country, we love this place. And so Pauly and Alan wrote a song around that, which is 'Land Of Plenty'.

I think it’s one of the most moving tracks I’ve ever released or been involved with.