The Clean's Hamish Kilgour on his new album 'Finkelstein'

An imaginary kingdom, a man with golden ears and a "cast of plenty" feature in the latest solo work from Hamish Kilgour of The Clean. 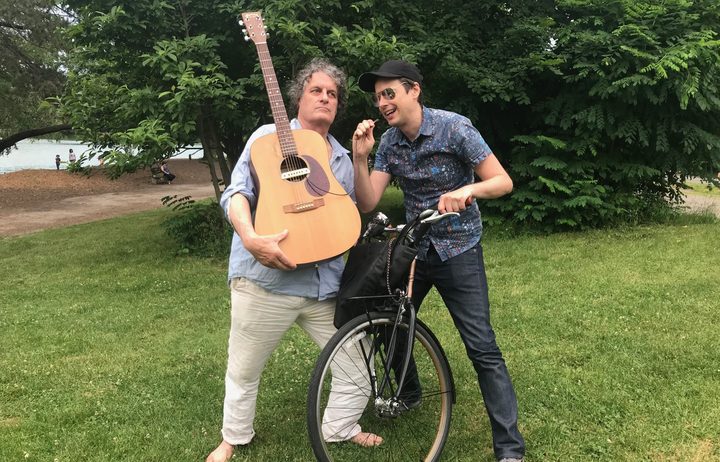 Finklestein is the soundtrack to a story that was going to be written for Hamish Kilgour’s 12-year-old son Taran. It's about a mythical kingdom that has run out of gold - what will they do? 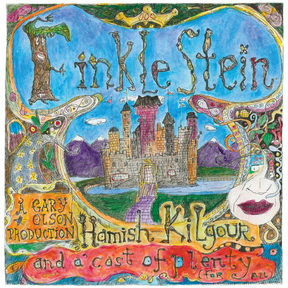 Kilgour never got around to writing the story itself, but the album evolved over a year at Marlborough Farms, the basement studio of his friend Gary Olson, a Brooklyn born-and-raised engineer and producer (and lead singer of The Ladybug Transistor).

"He's become a bit of a sorcerer of sound," Kilgour says of Olson, "which means that he's not so tied up in being an expert, like a maestro on instruments, but he has got the ear for sound. So when you apply that to recording, that's what you're looking for with production, those elements that are the magical, ethereal things that take it somewhere else. He's got the Midas touch, the golden ear."

Kilgour has already had three music videos made for his album by benevolent friends, with more to come. The project has taken on a life of its own.

"The story's being created, organically unfolding as the record comes out" Kilgour says.

"My dream is that hopefully it will become a film, and eventually this fairytale will get written ... and it'll end up on Broadway. And Gary and I will live off the remains of the show 'til we're old people. It's our retirement plan!"

Finklestein has many Kilgour trademarks: songs that build up from a languid drum beat, laid-back vocal chants, simple lyrical ideas that unexpectedly pierce the heart. Added to all of that, there are joyous horns, a contemporary funky energy and the beguiling track 'Under the Moon', written and sung by Kilgour’s friend Alessandra Maria Iavarone.

Kilgour and Olson live one neighbourhood apart, on the border of Prospect Park, an oasis of green and calm in the concrete-and-brick jungle. Their proximity to each other made it easy to take their time with Finklestein’s recording process - “it was laconically made,” Kilgour remarks - and they roped in other neighbourhood friends such as music manager Greg Vegas, who has a side project as a solo saxophonist named Sax Blabbath.

"He arrives on his bicycle, with a loaf of bread" says Olson of Kilgour. "I'll make some tea, and he normally has an idea prepared. Pretty often we'll start with an acoustic guitar track, and we'll start layering over it."

Some of those layers on the first song 'Welcome To Finkelstein' came from a German phrase book, others from the streets of New York.

"Some people who made it on to the record, they'll probably never know that they're on it... a baby crying is in there... so the idea was that it's the Kingdom of Finkelstein waking up, it's like the theme music basically, and the whole city is waking up for the day. The gates are opening."

What took Dunedin-born Kilgour - a founding member and drummer of Flying Nun stalwarts The Clean - to New York in the first place was a tour of the USA in the late 1980s, alongside the South Island’s other renowned wall-of-sound group, Bailterspace. He pitched up in the city after the tour and has been there ever since.

Kilgour and producer Gary Olson had worked together before, on Kilgour’s last solo album, All of it and Nothing (2014). They also crossed paths much earlier via Kilgour’s New York supergroup Mad Scene, which he created with Taran’s mother Lisa Siegel.