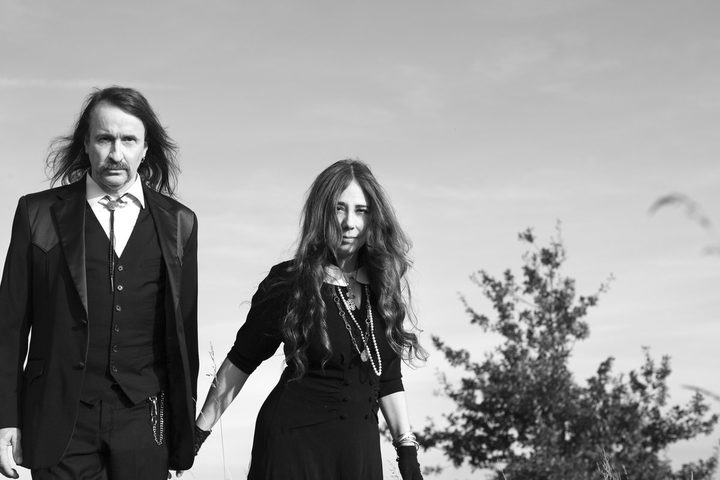 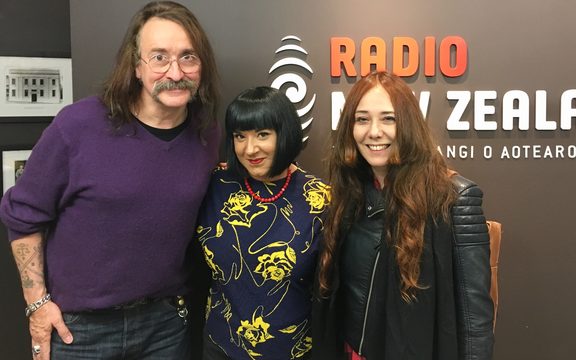 Musical duo Hackedepicciotto (Alexander Hacke and Danielle de Picciotto) got together in Berlin but have been traveling the world together and living as nomads since 2010. They're currently touring New Zealand, a place neither of them have been before.

“I wasn't very happy in school and at one point I cleared out my locker and decided I would become a musician," says Hacke, who was more interested in sound and sound manipulation than in fronting a band. "I got lucky! It has worked ever since. I was fortunate to actually know I wanted to do with my life at that point.”

“Even before I learned to play my first chord on a guitar as a kid I was interested in just recording things. Later on when other kids were getting into rock music, I got into experimental music, the first wave of industrial music like Throbbing Gristle. So I got excited by the idea of manipulating the scenery rather than wiggling my butt on stage.”

Hacke was instrumental in Einstürzende Neubauten's legendary 1984 performance at London's ICA where the group set up a concrete mixer on stage with electric drills and jackhammers after hearing about a secret tunnel between the ICA and Buckingham Palace.

“It was a riot. Out of our heads, as we were in those days, we decided that we wanted to drill through the stage of the ICA in order to access the tunnel to go down to Buckingham Palace, as silly as that is,” he laughs.

American-born de Picciotto moved to Berlin from New York City in 1987 and never left. Having collaborated with German electronic musician Gudrun Gut and moving in the same circles as Nick Cave's Bad Seeds and Einstürzende Neubauten, she met Hacke and the duo were married in 2006.

Mostly recorded in the Mojave Desert, Hackedepicciotto's 2016 album Perseverantia, which translates as 'perseverance' is a nod to the couple's nomadic state, reflecting what is needed for their lifestyle.

“We became nomads and thought it would last 18 months but now it's been eight years,” marvels de Picciotto.

“You perceive the desert as a dead plane, empty landscapes, but really, it is completely alive and has this powerful interaction with the light. The surroundings inspired the quality of the sound,” says Hacke.

The pair's 2017 record Mentekel is dense and sonically dark. De Picciotto says this is the result of seven years living on the road but also because of the 2016 American election.

“We were despondent about the situation and I was very, very depressed. It was like, what are things coming to? It was a dark phase,”she says.

Both Hacke and de Picciotto are multi-media artists and the Hackedepicciotto package incorporates audio visual installation and moving image in their live shows.

De Picciotto, who started playing the piano when she was five years old and the violin at 10, says she was born an interdisciplinary artist, compelled to express artistic ideas through every different media, moving between music, painting, illustration and film to contribute to a piece as a whole.

A self-described “sound fetishist”, de Picciotto says she is attracted to instruments that have a rough sound and is always on the lookout for old instruments that add a discordant atmosphere. “I love everything that sounds odd. I don't like things to sound too clean.”

The pair say their nomadic wanderings has changed their creative practice. They now travel with minimal musical gear.

Hacke says he used to travel with “kilos and kilos” of gear and effects but now views the technology and instruments he carries as “guerrilla warfare”. It has also changed their lifestyle.

“Both of us were very wild for a long time," says de Picciotto. "If you don't have a home and travel all the time, if you would be as wild as we used to be ... I think we wouldn't have survived very long. So we had to use techniques to give us strength. Two things that really helped were meditation and yoga.”

To share this side of their practice, the duo recorded two meditation albums Joy and Unity to be used in conjunction with breathing exercises and to show that “new age” music doesn't have to be commercial or bad.

“We hate new age music,” says Hacke, who refers to the albums as "functional music" albums.

“It can be good music," says de Picciotto. "None of us belong to the new age scene but all of us participate in the practices.”

Despite years of traveling and living on the road together and collaborating musically, Hacke and de Picciotto continue to find working together thrilling.

Says Hacke: “I believe that we're both weirdos so it's very hard for us to get bored with each other!”

Head over here for details of the tour 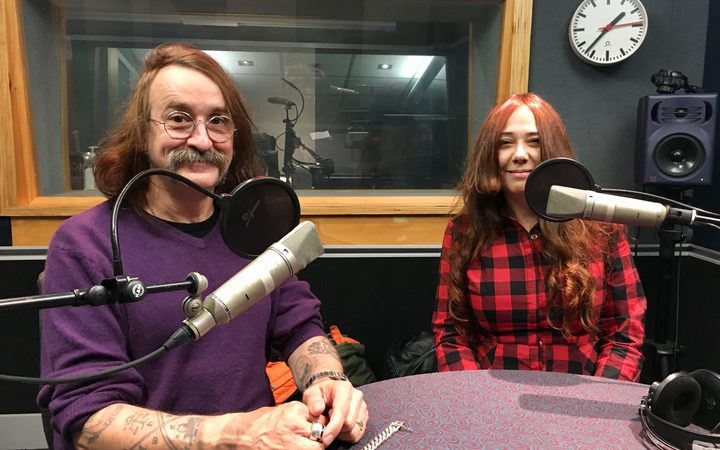