Anna Coddington is throwing a fundraiser for her son's Kōhanga Reo pre-school and because she is Anna Coddington, she will be joined by Julia Deans and Anika Moa (of course).

Is this the first show of the trio's rumoured supergroup Illusions? Probably not.

Anna Coddington is busy. Today she’s just come from Julia Deans house where she was writing a song. She shared a stage with Julia last week supporting Marlon Williams at the Auckland Town Hall.

The week before she released a new song with her musical and life partner Dick Johnson as Clicks and she has two children under five which of course means she has to help fundraise for her local preschool.

“It’s called the Little Eyes Matariki fundraiser because it’s that time of year and it seemed an appropriate thing to do for the kohanga because it’s New Year and a time for celebrations and new beginnings.”

Of course when Anna Coddington is in charge of a fundraiser your local kura is in luck because it’s going to be a live music event featuring Julia Deans, Coddington herself, and Anika Moa in a small intimate event. Which begs the question, will this be the first performance of the band that have never actually been a real band, Illusions?

“We were an alleged band called Illusions, Anika came up with that name. I suppose we still are really, I think we still are an alleged band because every now and then we talk about how we’re going to make our album and do our tour, but we’re all just grown-ups with busy lives and we never have time to do it.

“But yup I played drums, Anika plays bass and Julia plays guitar. And at the fundraiser there will be a finale where we all play together, but it’s not going to be the full band. This won’t be the first Illusions show.”

The fundraiser is for her local kōhanga reo pre-school where her two year old is about to start . Te reo has long been a passion of Anna’s.

“My generation we grew up without it because our grandparents generation were punished for it and they tried to stamp it out and didn’t allow them to speak it at school or whatever. So they grew up thinking that their kids weren’t going to speak Māori because I don’t want them to get the strap at school.

“So our parents grew up without it and so my generation just didn’t even have the option. It’s so great to see the attitude has changed for pretty much everyone in Aotearoa. It feel like everyone wants to carry on and prosper and become normal.

“You can feel the tide turning on it. For me as a Māori it makes me a little bit emotional it really does I think it’s such a beautiful thing.” 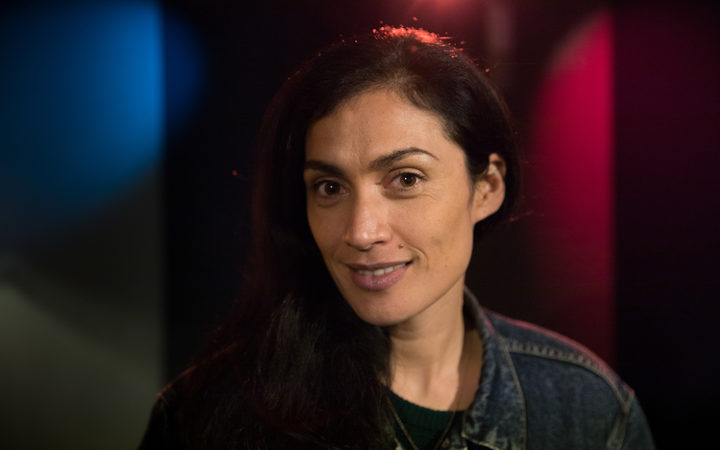