Auckland trio Wax Chattels aren't like any band you've heard before, and their unique sound is taking them to America. 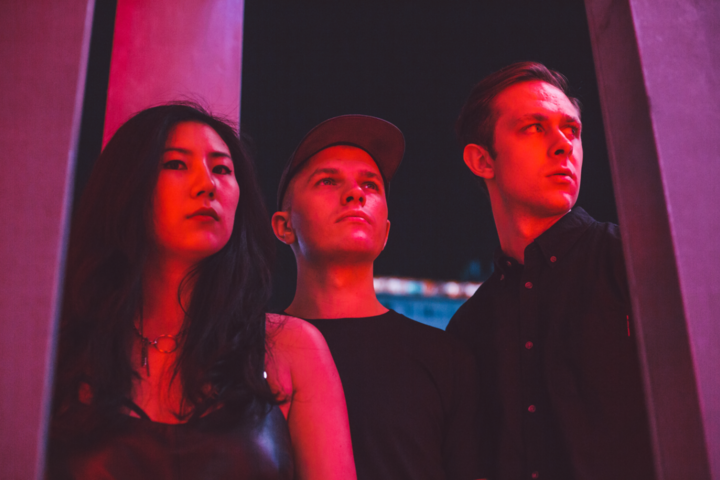 It’s been just over a year since no wave band Wax Chattels visited RNZ in support of their single 'In My Mouth'. Since then they’ve been remarkably busy, signing a record deal with both Flying Nun and Captured tracks (an illustrious indie label based in Brooklyn, NYC), touring Asia, and gearing up for the release of their debut self-titled album.

They’re billed on the Flying Nun website as a power trio, and that about covers it. Other adjectives like ‘punk’ and ‘sinister’ help, but really you have to hear them to get what they’re about.

Drummer Tom Leggett is on tour with his other band, so I’m joined by Amanda Cheng (bass, vocals) and Peter Ruddell (organ, vocals). I’ve had a few days to absorb the album, a ten track effort that is by turns pummelling, woozy, and at times quite pretty.

The three met at the jazz school in Auckland University, and it strikes me that its influence can be heard in the polyrhythms of their music. More than that though, they sound like a band that have put in some serious hours practicing, at times so in synch with each other that I ask if they’ve employed digital editing on the album to tighten up their grooves.

Peter, thankfully unoffended by the question, tells me they didn’t.

The duo seems surprised that I’m focussing on their tightness as a band. Amanda tells me it was always apparent they would need to be as locked in as possible.

“It’s just a default. We didn’t sit down and say ‘we have to be tight’, it was just a given.

“If we weren’t, it would just be such a terrible experience for the audience, and for us. Because it’s so in your face and so fast and quite intense, if it wasn’t really tight it would just be really messy and you’d be like ‘what are these people up to’”

Peter adds “It’s a personality thing as well. All three of us are very ‘dot the i’s, cross the t’s’ in terms of approaching music”.

Is that a jazz school mentality? Possibly. And it’s achieved via lots and lots of practice.

“In rehearsals we definitely drill things” says Peter, “we practice particular sections and just do it again and again until it feels tight and right”. 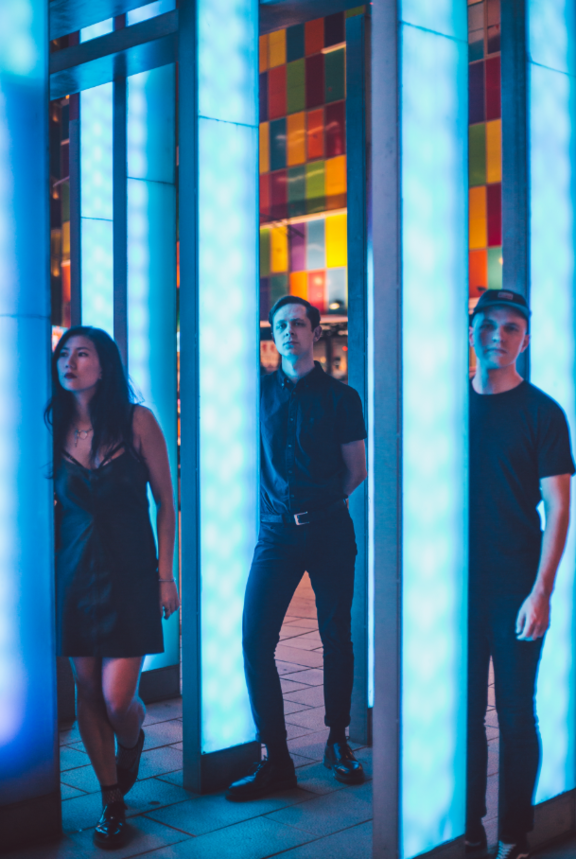 The band describe themselves as ‘guitarless guitar music’. Peter seems amused by the idea of ‘guitar music’ as a descriptor for songs that are noisy, which makes the genesis of Wax Chattels seems like an attempt to prove something.

Amanda elaborates: “when we started we talked about whether one or both of us was going to play guitar, and in the end said ‘let’s just play guitar music with no guitars’. So we ran our other instruments through guitar pedals”.

Peter has another more specific reason for choosing keys. “I had this old organ which I love very dearly. I wanted to play in a band where I played this thing. I put it through all my guitar effects into couple of guitar amps and it sounds awesome, and it’s a real experience to play it because you have this massive angular wall of sound coming at you”.

It’s a distinctive sound that colours the whole record, another thing that sets the band apart from their peers. Presumably this originality is part of what caught the ear of Mike Sniper, who runs the boutique Brooklyn label Captured Tracks. The story of how he signed the band is, as Amanda says, one that “would look good in a bio one day, but not something you expect to happen.

“We were lucky enough to be asked to play The Others Way festival. We were setting up right before we were about to start, and Mike Sniper came up and introduced himself. He was over from the States to hang out with Ben [Howe, Flying Nun], and he came down to DJ [at the festival]. He told us that his set started ten minutes into ours but he was going to watch us play. And we see him videoing a couple of songs and disappearing.

“I was dying on the inside because I’ve loved that label for a long time. We woke up the next morning to a series of emails from him saying ‘I found the demo you sent some time ago. We should get lunch’. That’s how it all started.”

The deal will get them over to America later this year to tour and build a stateside audience, but in the meantime they’re playing six shows around NZ. A relatively new band at around two years old, they’re already well road-testing, playing an estimated fifty shows last year (they started a list but lost count).

A good portion of that was part of an Asian tour, when they played China, Japan (Peter used to work there), and Taiwan (Amanda’s birthplace). Coincidentally they found themselves a week behind Wellington band The All-Seeing Hand, which worked out well.

“Some of the people who went to their show came to ours based on how good they were. They got a taste for loud Kiwi music.”

Wax Chattels is out now via Flying Nun and Captured tracks.