As Iconic singer-songwriter and Nobel prize-winner Bob Dylan returns to New Zealand for two concerts, Nick Bollinger chooses five songs that offer a hint of what – and what not, to expect. 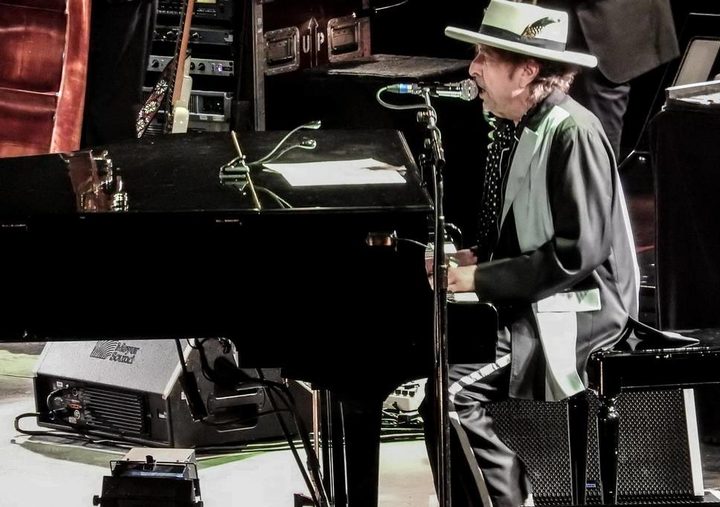 It's now forty years since Dylan first performed in New Zealand – at Western Springs Stadium in 1978 – and he has returned for concerts here at least once every decade since.

One thing is certain: these shows will be different from last time – or the time before that. Dylan, who turns 77 this month, still spends roughly half of each year touring, keeping things interesting for himself – and for the adventurous listener – by constantly revising his approach to his material.

If your image of Dylan is still the guitar-strumming bard of Blood On The Tracks or protest poet of the early 60s, the Dylan you will hear and see this year will be virtually unrecognisable. For the last few years he has played little or no guitar. These days he prefers to perform seated at a grand piano, which he occasionally leaves to deliver a song from centre stage. His excellent band looks to him for their cues and arrangements.

Though awarded the Nobel Prize for Literature in 2016 for “having created new poetic expressions within the great American song tradition”, his most recent albums included none of his own songs, but rather explore the songbooks of pre-rock songsmiths like Harold Arlen, Sammy Cahn, Jerome Kern and Irving Berlin.

Dylan may be unsentimental about his past but he continues to be a creative force in the present. Don’t expect a human jukebox or a cozy night of old favourites, but you just might witness a great performing artist practising his craft in front of your eyes and ears.

Here are five Dylan classics featured regularly in his recent shows – which doesn’t mean you’ll recognise them in these versions:

1. Tangled Up In Blue

The classic opener from Blood On The Tracks has lately been reimagined as a jaunty swing tune, with the phrasing – and even some of the lyrics – changed.

2. Blowing In The Wind

Dylan still often closes his sets with this original protest anthem, reworked as a slow swing.

The surrealist epic has gone through numerous permutations over the years. Dylan currently favours a near-bolero feel, which this Spanish audience seem to respond to with particular warmth.

Though he now plays the song on piano rather than guitar, and his voice shows the ravages of time, he stays remarkably faithful to the melody of one of his earliest masterpieces.

Even this caustic classic takes on a more reflective tone in this recent performance.

Tickets go on sale Wednesday, 23 May at 9am.