Julia Deans on her new album We Light Fire 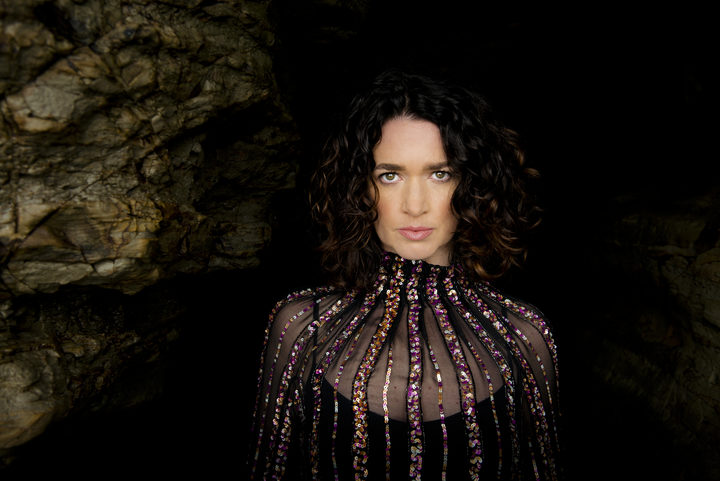 I’ve watched Julia rip up stages for almost 20 years. Over that time, the more I’ve gotten to know her and the more I’ve seen her perform, the higher she's risen in my estimation.

Even though I’ve interviewed her many times, I’m still a little in awe of her.

First with Celtic band Banshee Reel in the early 90s, then Fur Patrol, Julia Deans has toured, gigged and recorded all over New Zealand and all over the world. How many days and weeks in tour buses? How many soundchecks? In how many of these situations was she the only woman in the room or bus or theatre?

Simultaneously alluring and fierce, she is intoxicating to watch on stage.

Offstage, she is direct, whip-smart and quick as a fox.

Fur Patrol was Julia's vehicle to success: charming the indie crowd with the Starlifter EP in '98, they got a record contract and by the time their debut album Pet was released in 2000 Fur Patrol was ready to go mainstream.

In January 2001 their song 'Lydia' knocked Destiny’s Child's 'Independent Woman' from the number one spot on the NZ singles chart.

A few days ago, via her Facebook page, the Prime Minister of New Zealand boasted about still knowing all the words to 'Lydia', describing Julia as an amazing songwriter and vocalist.

After three albums with Fur Patrol, Julia made solo records, collaborating with a plethora of different artists; she's made an album with former Shihad frontman Jon Toogood's group The Adults, starred in Jesus Christ Superstar, and performed musical renditions of Shakespeare's soliloquies. This more or less brings us up to date.

Now, six years after her last solo outing she's released We Light Fire, and I'm visiting her at her home on Auckland's North Shore, so she can run me through it track by track.

I’m a little shy when I arrive at Julia’s house: I’m scared she might feel I’m invading her privacy, but she swings open the door, quickly announces she hasn’t yet showered yet and promptly offers me a coffee.

Ice broken, I needn't have been nervous at all.

Julia's house is a modest villa. She’s lived here for more than six years and speaks lovingly of her landlord who was all cool with her building a studio in his house.

Under the stairs at the back, where most people would pile summer furniture and a spare mattress or two, a small recording space has been carved out. Baffles line the walls and ceiling, several guitars, amps, a bass and synthesisers are strewn around. A drum kit is piled into one corner.

We take a seat in front of her studio speakers and begin listening to We Light Fire.

The album opener is an ode to regret, repentance and redemption. It’s classic Julia, and one of her best punch-in-the-gut, heart-breaking songs. I’ve woken up with it in my head this year more times than I can count.  Earlier this year, Julia and I spoke about 'Clandestine' and what it means to her.

'Walking in the Sun'

This song is an anthem. A call to unite and share ideas and stop treating people like second-class citizens. Julia and I discussed 'Walking in the Sun' back in October, when it was released.

Julia: I bought this ring at Camden Market when I was 18 or 19 on my first trip to London and up until this year –because I’ve done something and it won’t always go on my knuckle, I’ve worn it virtually every day of my life.

So the ring is quite beaten up and bent – I’ve stood on it, it’s scratched to hell on the outside. But the inside of the ring is so smooth and shiny and soft. Highly, highly polished just from twenty-something years of living on my finger.

It just sparked the thinks. In my think place. About how your friends and your family and even the people that you have interactions with on a daily basis – whether they’re positive or negative, they turn you into the person that you are.

Julia: That’s Richie Pickard [on double bass] that’s why that’s fantastic. Then later on there’s electric bass and keyboard bass in there as well.

You over furnished the lie”

Thinking about what makes a relationship tick. I guess the push and pull of a relationship. Those thoughts like if I wasn’t with you would I be lonely? You have to work at relationships and it’s good to acknowledge that. It’s never going to be all roses.

'All of Thee Above'

Julia: This is maybe the shortest song I’ve ever written. This is basically that whole taking responsibility for your actions and not blaming things like gods and angels and horoscopes and tarot cards or whatever the hell you find applicable. Or blaming other people for the stupid decisions you make.

One of my favourite things in the world is just to sing backing vocals. I love it and to me my voice is my instrument and I like to push it around and see what it can do. I used to be able to sing higher than I can now, but I can sing a little lower now too, because I only recently learnt that over the age of about 35 and 40 that womens' voices drop.

Julia: Towards the end of Fur Patrol we got pretty burned out. And I didn’t know, but I got quite depressed for a couple of years. It’s not until you’ve been through it sometimes that you recognise it and sometimes you don’t see what it is when you’re in the thick of it.

I felt terrible and had no confidence. I was pretty good at self-medicating [laughs] as you do. But that also doesn’t help. My friends and David were instrumental in helping me see what was going on and getting out of that pattern. Now, once you become aware of those behaviours and those thought processes that’s when you can start recognising when they're starting to creep in again.

Taking action ... [by] telling somebody ... has been a huge boon to me and I highly encourage anybody feeling like that to reach out to someone that you trust. Or even if you feel like you don’t’ have someone reaching out, seeking professional help or calling Lifeline or any of those services that are available.

Just saying things out loud to someone else in order to get it out of your head.

Julia: Every human being and human civilisation around the world for millennia ... no matter how different we are in terms of culture there are things we all do. Things like laughter and not tolerating murder or incest and eating together as a communal event. And fire.

The use of fire for ceremonial purposes, for warmth all these things. It’s common across culture. It’s that thing of no matter how different we are we’re all still human and we are connected. I think it’s really important to acknowledge.

This was one of those fall out of the sky songs. Those are the moments you live for as a songwriter. Where it flows and it feels like its being beamed directly into your brain and then into the world.

Julia: I wrote this around the time of the Arab Spring and all the discourse that was going on around the world. And in America too with issues like healthcare. It feels like there are a small number of people who hold the power in the world and they are largely held there by money or protected by money it seems.

But the rest of us are just shouting at each other to try and find out our place [in tje world]. It’s kind of like ... if we actually worked together and sat down and talked and listened to each other and heard what each other has to say [we could] come up with a better plan.

People are really hurting and desperate and when people become desperate they do desperate things like rioting and burning cars in order to be heard.

Is there a better way of communicating before we end up getting to that point?

Julia: I wrote this on my way back from Waiheke middle of the day on New Year’s Day a few years ago.

A really beautiful day, the sun was sparkling on the water and I wanted [to capture] that feeling. We’d had a really beautiful night. And just thinking about how precious life is and how short the time is that we have here. Just wanting to acknowledge the beauty and the goodness and the preciousness of it all.

You’ll also never know if they actually meant to go that far or if they were just testing to see if they could, there’s definitely an element of that, that happens.

It’s the whole, ‘How did this happen’? I think that’s the question all of us ask ourselves and I wrote this in the hope that if someone’s ever feeling low by some miracle they might hear a song like this and it might make them stop and think for a minute.

I know that when I’ve been low, music can be an incredible outlet for helping. It’s not just a frivolous thing it can be a helpful thing. I think also with this song, I remember breaking up with my first ever boyfriend and I thought it was the end of the world.

I had no idea how I was going to get up in the morning and go and carry on but I think as you get older and things knock you back you kind of start gathering tools with which to get over the next hurdle. I think it’s important to acknowledge that we do learn from the bad things.

It’s important to be able to truck on, for lack of a better way to put it.