Brian Eno at 70: Why he still matters

Brian Eno turns 70 this week. Nick Bollinger explores some of the reasons he remains important. 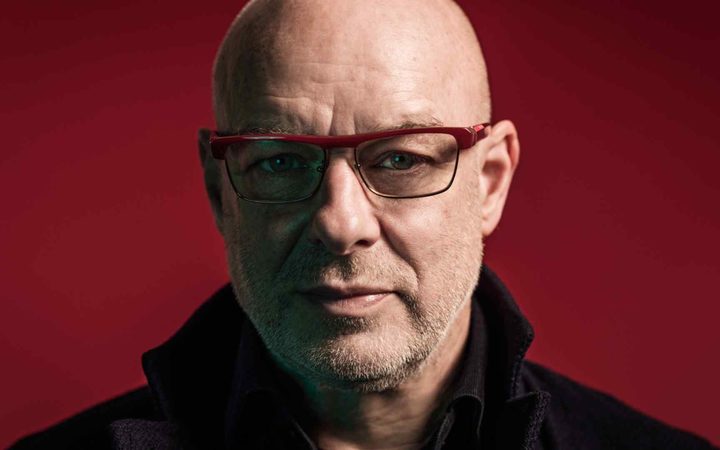 The British artist, producer and self-described ‘non-musician’ Brian Eno – or Brian Peter George St John le Baptiste de la Salle Eno, to credit his full name - turns 70 this week. (Tuesday 15 May). While an increasing number of septuagenarians are still on the road or making records, how many remain vital cultural forces that continue to inspire with fresh ideas?

Eno is one such rarity. Here are ten reasons why:

Back in 1970, Eno was a founding member of Roxy Music, where he was credited with ‘synthesier and tapes’ (with a nice line in leopardskin on the side.) 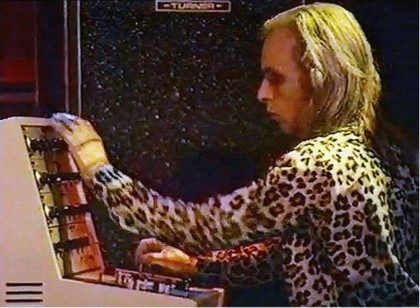 With no formal musical knowledge or skill, the former art student nevertheless played a huge role in shaping the group’s sound and presentation. “There was such an implicit and tacit belief that virtuosity was the sine qua non of music and there was no other way of approaching it,” he explained. “And that seemed so transparently false, in terms of rock music in particular.” Countless non-musicians have since followed his example.

He came up with ambient music

Eno coined the term for a growing genre of “environmental music suited to a wide variety of moods and atmospheres” and first employed it on his own 1978 release Ambient Music 1: Music For Airports. These days it’s everywhere.

The best example might be the trilogy of albums he produced with Talking Heads, which took the group from an austere guitar-and-drums combo to the sonic and polyrhythmic spectacle of Fear Of Music and Remain In Light. But he had a similarly expansive effect on Devo, James, U2 (The Unforgettable Fire, The Joshua Tree). He even made a Coldplay record sound interesting. 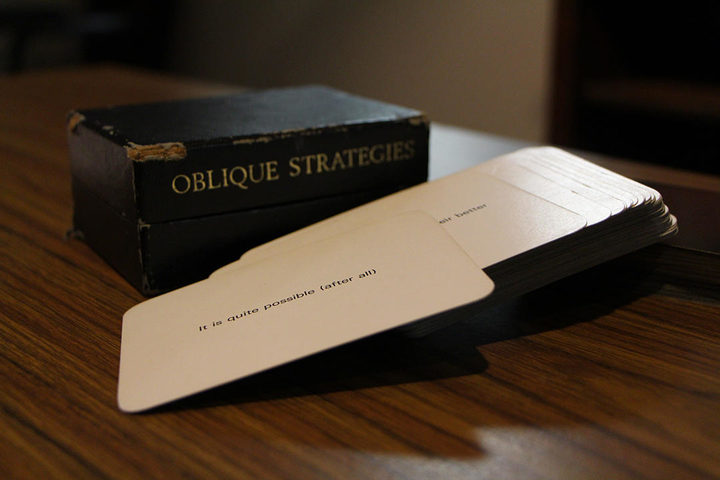 Oblique Strategies (subtitled ‘Over one hundred worthwhile dilemmas’) were a series of instruction cards, created by Brian Eno and Peter Schmidt, designed to help artists – and musicians in particular - break creative blocks. Selecting a card at random, one might be instructed to ‘Disconnect from desire’, ‘remember those quiet evenings’ or ‘Faced with a choice, do both’. Oblique Strategies still work. Go on, try them!

Eno has expressed his view that “although great new ideas are usually articulated by individuals they are nearly always generated by communities.” He discusses his thoughts on this here:

His best work has often been in a collective or collaborative situation: My Life In The Bush Of Ghosts with David Byrne, the Oblique Strategies cards with Peter Schmidt, not to mention his recordings with… 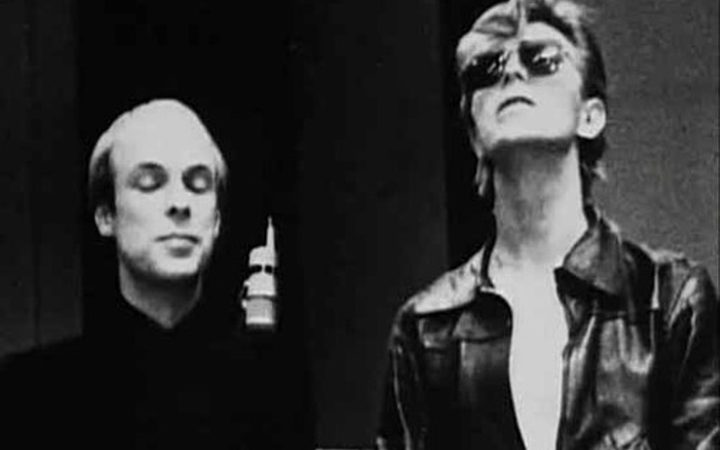 Eno was an essential foil for Bowie during the making of his Berlin trilogy. Eno co-wrote the anthemic ‘Heroes’ while the majestic second side of Low would be unthinkable without him.

In particular, post-Roxy releases such as Here Come The Warm Jets and Another Green World are full of surrealist whimsy and D.I.Y. arrangements that continue to inspire alternative and experimental musicians today. 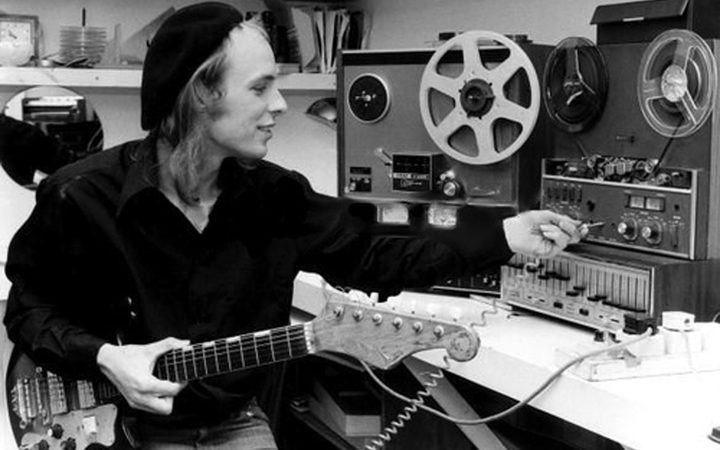 His sense of humour

Eno’s high-brow public intellectualism has always been tinged with self-mockery. In the early 70s, he played clarinet – ineptly – in the outrageously bad Portsmouth Sinfonia. Their ‘William Tell Overture’ is available online, if you can stand it. More recently, there’s this hilarious mock-interview:

A social and political thinker

Eno has said that “you can’t really make apolitical art” and that “to make something is to express a belief in how things belong together. To me, that’s a political statement.” But he has also lent his voice to explicit political causes, such as the campaign of British Labour candidate Jeremy Corbyn and Artists For Palestine. He wrote a letter of support to Lorde after she cancelled concerts in Israel this year.

Even before Roxy Music, Eno was interested in what he later termed ‘generative music’ – “the idea of music that could make itself.” His 2016 album Reflection is available as an average-length CD - or as an  iOS app, which will create an endless and endlessly changing version of the musical piece, by which Eno has ensured that however long he remains on this planet – and may it be many years yet – his music will keep remaking itself, unto eternity.