Reggae musician Carl Perkins has died, aged 59, after a battle with bowel cancer. 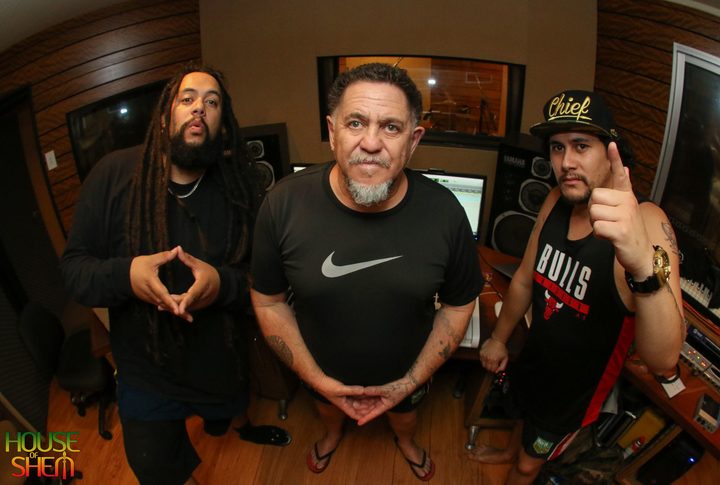 He was a member of pioneering Aotearoa reggae group Herbs in the early 80s, starting on percussion with the band when they were recording their second album Light of the Pacific. He had a hand in writing the hit ‘Long Ago’ and many other Herbs songs of that era.

“Herbs were a big inspiration to me being from a small little country town” he told RNZ in 2014.

For the last decade he played in House Of Shem, alongside two of his five sons, Te Omeka and Isaiah. The Whanganui based whanau band released three albums.

He was asked by Herbs to replace Toni Fonoti as a writer and percussionist in 1982.

"Someone just asked me ‘Oh what do you think about joining the band? Can you play percussion?’ and I couldn’t at the time and I’d never ever played percussion..so of course I said ‘Yeah I can play percussion!’”

He played funk, rock and roll, jazz and reggae. Perkins wasn’t classically taught and he admits he “wasn’t really taught how all genres were different like that” But he credited his father and uncles for showing him how to play across all kinds of music “even heavy metal. I played a bit of Deep Purple.”

Perkins also had stints playing with Dread, Mana, and The Twelve Tribes band, and toured with The Wailers after Bob Marley died.

"I’d imagined them as being ‘Wow THE Wailers’, I didn’t sort of realise how these kind of people were like me, or like us. So it was a really touching time too to get to know them" Perkins told RNZ.

The connection led to the 2011 House Of Shem album Island Vibration  and 2013's Harmony being mixed by Errol Brown, who'd worked with Bob Marley, at Tuff Gong studios in Jamaica.

Born in Raetihi, he told Marae in 2017 of how he often got into trouble at school, and was taken from his whanau and put into Lake Alice juvenile centre, where the children endured inhumane treatment. The Government apologised decades later.

House of Shem have posted on their Facebook page.

"Carl will be lying in state in his town he grew up in Raetihi, at Raetihi Paa (Te Puke Marae) 49 Raetihi Ohakune Road from Thursday 10 May where he will be laid to rest at a confirmed Urupa on Saturday 12 May. ALL ARE WELCOME! come and celebrate the life of a Legend."