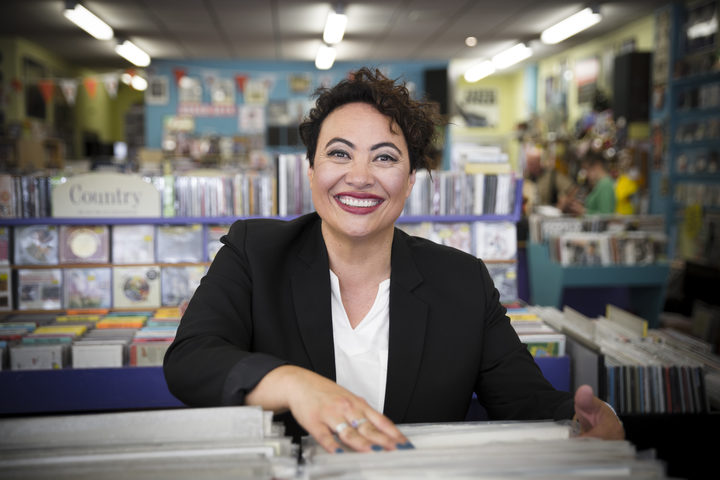 Sandy Mill reckons she's been in the music business for about three decades. She's sung in pub covers bands, free jazz collectives and even had to sing like a mermaid bathing on a sunny rock.

Her singing voice has led her to work with Basement Jaxx, Placebo and with Ian Dury collaborator and former Blockhead, Chaz Jankel.

Closer to home, she has sung with Don McGlashan, Annie Crummer, Graham Brazier, Victoria Kelly and many familiar names. Sandy has been a longtime collaborator SJD and sang backing vocals on Neil Finn's most recent release Out of Silence.

It is only now that she is about to release A Piece of Me, her debut EP of  her own original songs.

"I was incredibly busy doing other people’s work!" she laughs. That and beginning her family after in stint in London are some of the reasons Sandy cites.

Her children are "Five and 10 now, and I felt it was time to get things moving," though she also admits that "there was a lot of self-doubt, that was a huge hurdle to get over.

"I’ve worked with so many incredible people I thought, 'Gosh am I going to be good enough to do this?'"

Sandy found her voice singing along to the radio as a child growing up in Gisborne. As a 4 or 5 year old she would perform for her whānau, but as an adult she's often been the mystery voice hiding in plain sight: the backing vocalist gun for hire.

"You have to blend into the background, so I’ve done that pretty well by the sounds of it,” she quips.

Though the life of backing vocalist and percussionist suits her.

"I get great pleasure of getting things to sound better than they are. That’s pretty much what it comes down to. You have to be able to listen to what is going on around you. You have to have good ears and know when to lay off and get in there."