Estère Dalton is a Wellington based producer who writes songs with an anthropologist's eye. She joins Kirsten Johnstone for a mixtape of songs that she studied in the making of the album. 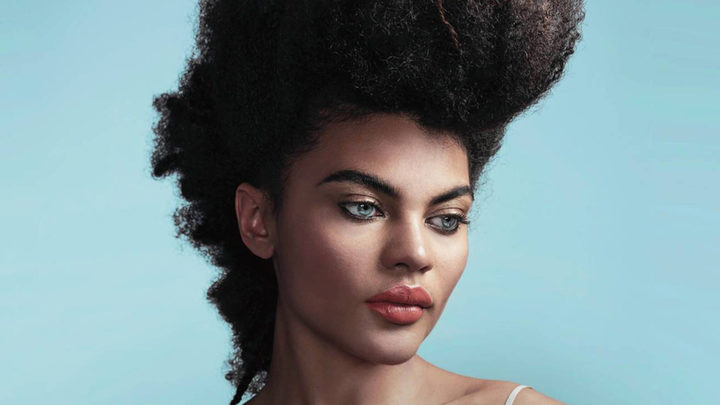 Estère Dalton's new album My Design, On Other's Lives tackles subjects like digital overload, migration, guns, and the housing crisis, and then turns inward for some very personal songs about her own family and identity.

Her degree was in Anthropology, and she followed it up with a tutoring position at Victoria University, a job that she's only this year been forced to give up - her overseas touring schedule was too hectic to handle a day job as well. But her anthropologist's assessment crosses into her songwriting.

There's also other characters being channeled - a kid living in a war zone with a gun. A whale. A prostitute who dreams of becoming president.

"Earlier when I wrote songs, I wrote them from a much more personal narrative. I remember writing a song called 'Sanctity' when I was 17 and had broken up with my first boyfriend. I just never ever felt like it was right for the stories, the things I wanted to say in my music.

"I'm not fearful of exposing my own emotions but I feel like songwriting ... there's so many stories to be told, and you can write a song that means something to you, about anything, and I feel like there are dominant human emotions that a lot of songs are about, like love and heartbreak and loss and I think those are all important things to express. But I think there are other important things to express as well."

"I loved the forward pace of this song, and there's this sample [sings] it's kind of like a marimba, but I'm not sure what the instrument is, but that was a reference for my song 'Rent' and I subsequently recorded Grayson Gilmour playing xylophone. So that's an example of how one song can influence another."

"I'm named after my Grandmother, who's called Estère, she's the mother of my father. She is from Cameroon, and lived [there] her whole life. And just before she died I was planning a trip to go and meet her for the first time.

Everything was coming into place. And then I got a call from my dad saying 'your Grandmother's passed away'. And I was really disappointed, because I really wanted to meet her. Every time I'd gone over to France to see my family, they were all blown away by - they'd say how much I resembled her really really strongly, not only in the way I look but in my personality."

"I wrote the song Grandmother literally when I'd found out that she'd passed away. It was my way of processing the fact that I was not going to meet her."

"One of my reference points for the production of that song was James Blake, 'I never learnt to share'."

"I've always felt quite at peace with rhythm ... I did ballet, for like, seven years, until I had to go up onto pointes, and then I stopped. But my mum, she used to mortify me, because she's one of those people that would go up to the front of a stage - no one else would be dancing and she'd just let loose, completely. And I'd be 8 years old and mortified.

"She's quite a good dancer, she's very free. 'Cause I feel like dancing is like, yes there are people that are good at dancing, but I'm not in the sense that, I'm not very good at routines, I just enjoy movement. And so I just cut loose. And I think if anyone does that, they may be  pleasantly surprised.

[Work It] is the ultimate of dancing songs. I just love the percussive element, it's so infectious. And also she's got this swag. Missy Elliot's probably a good reference track for anyone - whether it's country music, folk, or hip-hop, rap, r&b - I think she's just generally across the board awesome."

"Stromae is Belgian, and he sings most of the songs in French, and he's a producer as well. He's just got great artistic vision. So much of our music that we hear is dominated by English language, and then if it's not English then it's called 'World' music.

"I chose this one because I was really interested in how it had been put together. Like, the segue from the verse and the melodies that he's singing into the chorus. The saxophone.... I actually think this was the reference for Pro-Bono Techno Zone which is very strange when you hear them side by side, but there are probably elements that I pulled from.

In 2016 Estere went to Africa for the first time and made a tour diary for RNZ, and returned to the continent this year.

"I was in South Africa in February this year doing some more festival shows. This is a song by Samthing Soweto who also played at a festival I was playing at in Capetown. It was the biggest hit in South Aftrica of 2017."

"Kate Bush is an epic explorer. She's someone who I often draw inspiration from, not necessarily direct influence in terms of the production, but just her attitude, she doesn't seem to be afraid to just do what she feels she should."