Despite dying more than 10 years ago, Michael Jackson still has far-reaching influence. Everyone from Beyoncé to Justin Bieber has taken a page from the entertainer’s songbook. Perhaps more surprisingly though, Auckland garage-pop musician Roy Irwin has found artistic inspiration in the gloved one. 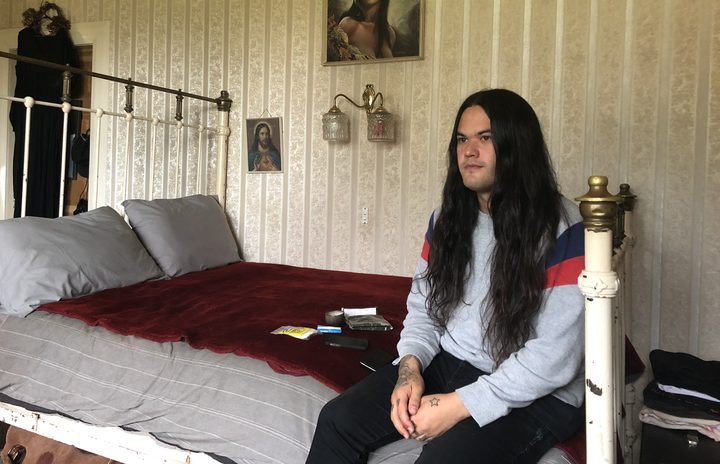 In November 1996, pop megastar Michael Jackson came to New Zealand for the very first time as part of his epic 83-date History Tour.

For our tiny island nation at the bottom of the globe, it was a momentous event. Forty-thousand people packed into the then-Ericsson Stadium – now known as Mount Smart Stadium, across two evenings to watch the gloved one grace the stage.

Despite all the bedazzle, Herald writer Russell Baillie left the show largely unimpressed, and penned a review that described the event as a hit-and-miss spectacle which saw Jackson serve up some seriously ‘cringeworthy’ moments.

But for seven-year-old Roy Irwin it was the best night of his life.

"I was trying to win tickets on the radio, because you could call up and sing a Michael Jackson song and win, but I never got through."

The tickets came with a hefty price tag of $75, a lot of money now, even more in 1996. But in the end, his dad surprised him with tickets that he’d purchased at clothing store, Just Jeans.

“I remember lots of people wearing Prince t-shirts, like the symbol. And it rained, and it got really wet. And my bag got wet, and the sandwiches in my bag got wet. It was really fun.... and he came out on a rocket.”

Irwin’s musical tastes have changed somewhat since the mid-90s, and these days he’s more likely to be found listening to punk rock legend Jay Reatard than Michael Jackson.

But those first cuts are the deepest and MJ’s influence still lingers on: Irwin recently painted a large portrait of mid-90s Michael, his first foray into oil paints. 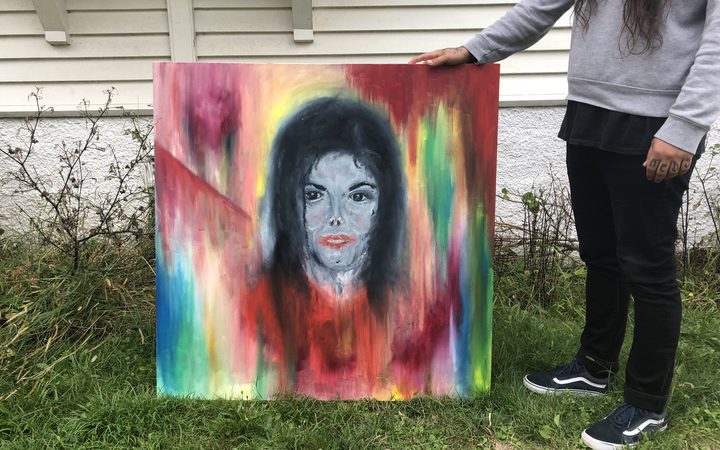 “I had some extra money so I went and got a canvas, and I haven’t done that much painting – mainly I just draw, but I just wanted to try and paint someone, and I think Michael Jackson has a super interesting, crazy face.”

Reflecting on the final outcome of his experiment in capturing Jackson in paint, Irwin calls it ‘kind of scary, and hilarious. And also kind of acid trippy’.

But the MJ train doesn’t stop there.

The Mt Eden-based bedroom musician has also called his latest album King Of Pop, a name synonymous with Michael Jackson.

“It was mostly spontaneous because I didn't have a title for the album and I thought King Of Pop would be funny, because the album's not obvious pop music. There are some influences from pop but it’s not pop music.”

“I think it could relate to Michael Jackson in a way because he was a pretty bizarre guy, and the album’s kind of playful but it’s kind of dark as well. But really it doesn’t have anything to do with him.”

King Of Pop is the second vinyl album Irwin has released with the help of local label 1:12 Records.

Its predecessor S.O.D.A was somewhat of a breakthrough record for Irwin, who had already racked up around a dozen self-releases on Bandcamp before S.O.D.A came out.

The release of S.O.D.A saw him reach a much broader audience than ever before with the opening song ‘Demon’s Cave’ garnering more than two million plays on Spotify.

“It’s kind of funny because, there have been people that have discovered what I do just because of that song. But a million of those plays could have been in a coffee shop where no one’s even listening. So I don’t know, it’s weird. I’m super grateful, but it didn't really change anything for me, apart from maybe getting some more royalties.”

Irwin says when it came to writing King Of Pop, he wanted to lift his game and produce a more cohesive body of work.

“I wanted it to be a bit more consistent with the way that the songs were recorded … I wanted to do something that I felt was better. And that was pretty much it. Better songwriting, whatever that means. I dunno, it’s a weird insular kind of thing I guess.” 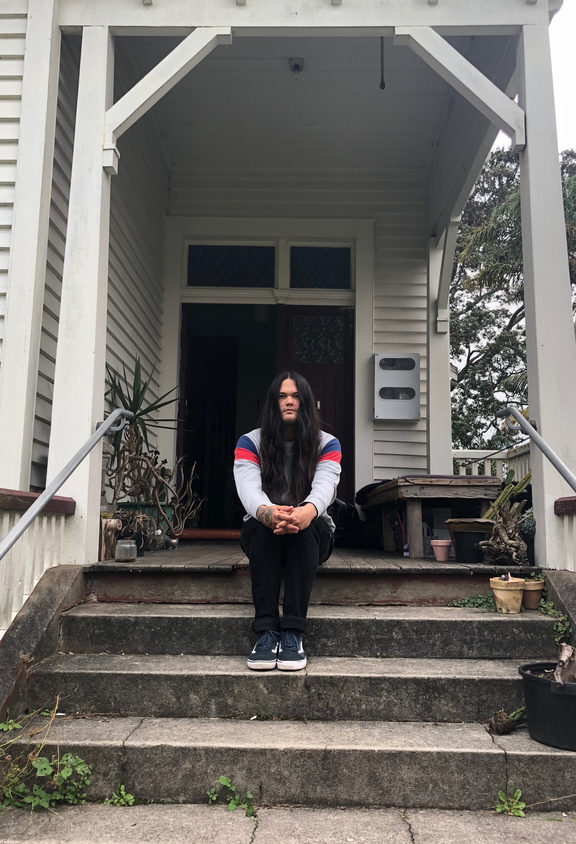 Recording certainly sees Irwin cut off from the rest of the world.

The solo artist makes music on a busted computer in his bedroom using an ancient digital interface to capture guitar and bass layers, and instead of inviting other musicians into his realm he ‘unashamedly uses software instruments’ for the drum and synth parts.

Thematically, the album picks up some of the same threads that S.O.D.A laid down. There’s the social anxiety, the awkwardness, the uncertainty. All delivered with a dry honesty and underpinned by sweet melodies.

“I guess it’s not really something I think about at the time. It’s not really a conscious thing of, ‘Oh yeah, I’m going to write exactly how I’m feeling.’ It just kind of happens. And I like that. I like to just be able to record that. I think it’s better to be kind of natural and honest about what you are feeling.”

Wearing his heart on his sleeve has definitely seen more fans reach out to connect with him.

Since King Of Pop was released digitally, Irwin has been getting messages from people who feel a connection to the sentiments contained in his lyrics.

“If people relate to something that I sing about, and it gets them through whatever they are trying to get through at that time then that’s really cool. I get in touch with people that I admire or have had some influence from. So it’s strange but I’m super grateful that I can do that for someone.”

While King Of Pop was a planned release, Irwin still works in the same spontaneous manner he pretty much always has.

He has an off-the-cuff instrumental EP called Neverland ready to drop on Bandcamp in the near future, the name of course a reference to Jackson’s legendary ranch in California.

“It’s mostly a joke because it does directly link to the LP title, King Of Pop,” he says. “It just popped into my head and has no real meaning.

“The only thing I had in mind would be imagining walking around the abandoned Neverland ranch and listening to these songs. They are sometimes upbeat but kinda uneasy. It goes back to wanting to create a feeling more than anything else. It’s just a ridiculous and funny title to me most of all.

“I take what I do seriously, but music as whole you have to take the piss a bit in my opinion.”