"She was fearless ... a real advocate for mental health, feminism, gay rights, Māori rights - she was a super-hero." It's ten years to the day since prolific and beloved songwriter Mahinaarangi Tocker died. We celebrate her life and music, and look into what made her so unique, and her songs so timeless. 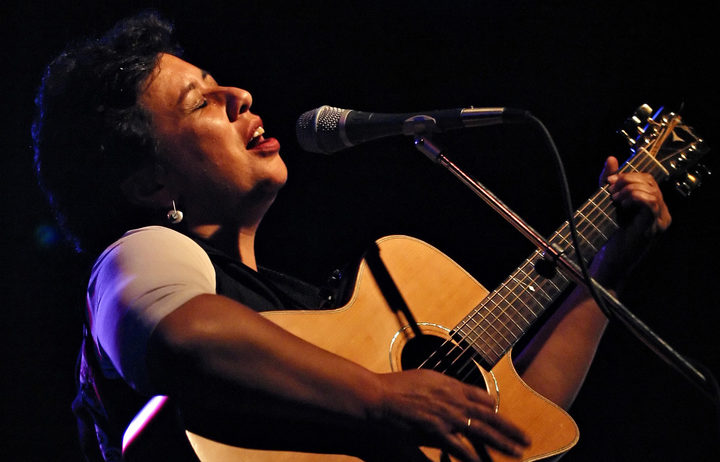 “For a lot of us, she was a mate, an idol … she was fearless, and I say that knowing she dealt with mental illness and was a real advocate for mental health, feminism, gay rights, māori rights: she was a super-hero," says Auckland Festival director Tama Waipara, "and above all that, [she was] this pre-eminent artist, who wrote over 1,000 songs.”

For Mahinaarangi Tocker, music was always much more than a profession.

“And so I can use it to express myself. For my own sanity. It’s a medicine.”

Mahinaarangi Tocker was born in Taumarunui, one of eight children, to a Jewish father and Māori mother.

Her father, Norman, had been to teacher’s training college, where he had joined the kapa haka group and fallen 'absolutely in love with things Māori'. He married Rihi, who was of Ngāti Raukawa, Ngāti Tūwharetoa, Ngāti Maniapoto descent.

With both her parents involved in kapa haka, traditional Māori music would have a strong influence on the music she would make herself. “Listening to kuia and koroua with their waiata and having an incredible fascination with pātere (chants) and the rhythms of our old people, and that’s not just a vocal rhythm, it’s a physical rhythm,” she explained to RNZ’s Diana Burns. “There’s an absolute passion and emotional stance that happens where you’re absolutely captivated.” 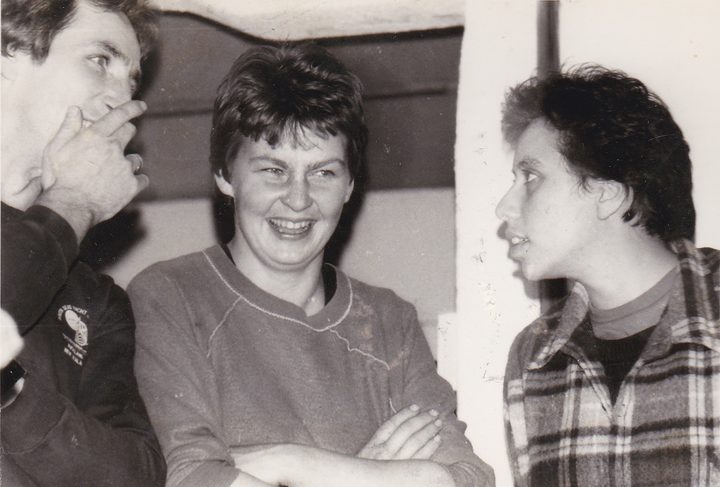 Recording demos for the 'Out of the Corners' compilation at The Lab studio, Auckland, 1982. From left: engineer Bill Latimer, Lynda Topp, and Mahinaarangi Tocker Photo: Bill Latimer/AudioCulture

Though Mahinaarangi would say she “felt more Māori than Jewish”growing up in Taumarunui in the 1960s, “I was able to grab something of my Jewishness through music.” Curiosity about the “great mystery” of her Jewish heritage led her to Israel where she spent time in the late 1970s. It turned out to be a troubled period.

“I went over there not really knowing what I was doing. I’d had a difficult time in France, and by the time I got to Israel I was a bit mad really, I was almost on a suicide mission. Israel showed me violence, it showed me incredible and dangerous sex, and it showed me confusion about identity. I came back to New Zealand a mess.”

In spite of the difficulties, she would note that “it was a good way of writing a lot of music.” Her song ‘No Lines On My Face’ was written in Tiberias, sitting on the Sea of Galilee.

That song appeared on her first album Clothesline Conversation, recorded after her return to new Zealand, initially released on cassette in 1982 and reissued on vinyl in 1985.

Over the following decades she would release several more albums. Other artists would also perform her songs, including Annie Crummer whose version of ‘Make Up’ was a highlight of her Language album.

Yet only a fraction of the estimated 600-plus songs the incredibly prolific Mahinaarangi composed in her lifetime would ever find their way onto record.

A song might visit her at any time. “I might be sitting at the [traffic] lights and write a whole song, and there are all the lyrics, and I have to try and remember it, or I write it down quickly, get home and maybe I’ve got the melody sorted out by the time I’ve got home. Or I might be mucking around on the piano, find a melody and then put lyrics to that.”

LISTEN: 'Love Me As I Am' - a tribute concert for Mahinaarangi Tocker from March 2018 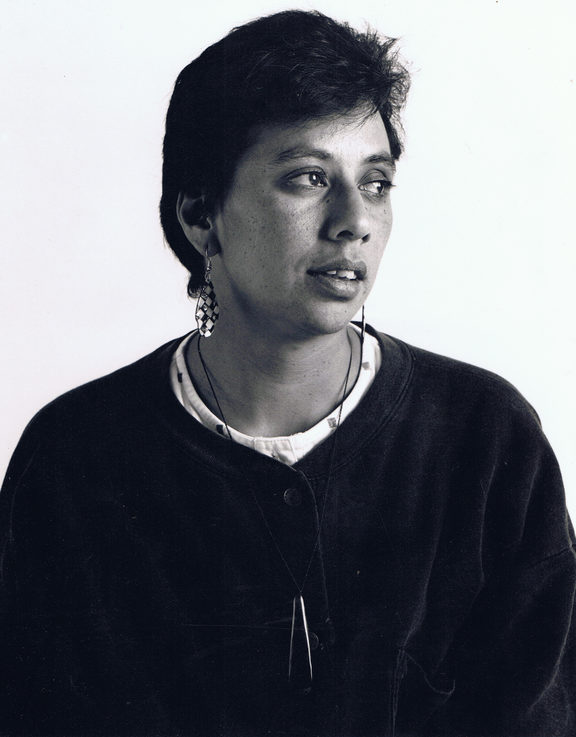 One thing that remained consistent was the intense connection between her songs and her deepest feelings.

“It’s much easier to be foolish, and silly and make jokes and then people will only see that part of me”, she told Radich. “But with music, this other aspect of myself, this deeper aspect - sometimes a dark and not very nice aspect of myself - comes through. But I can do it as music because people see that as entertainment. It’s an acceptable expression.

“For many years I’d write about the emotion that I was being pained by, or something that hurt me, damaged me really, to a point where I’m only just recently recovering from something that happened twenty years ago. But in writing about it, it wouldn’t be such a black and white thing. So the story would be told in a way that was more emotive than factual.

“There’s a song on Te Ripo called ‘These Tears are Wasted’ which I think is the most honest song I’ve ever written. What it says is exactly what it is, which is rape, which I’ve never written about in that way before. I’ve written about the pain, and emotion, and people have seen those songs as love songs, or rejection songs - they haven’t recognised the violence behind it.”

On stage Mahinaarangi could be extroverted, at times downright hilarious. But her power as a performer masked some of her offstage insecurities.

“Performing and being myself are very different. When I go out on stage I am me, but when I sing I don’t know who I am, because it’s a different strength that I don’t carry with me all the time. The thing about performance is there’s an unwritten rule that tells the audience they’re not to come near me on stage. So it’s a safe place. There can be thousands of people in the audience, but I’m very safe on stage.

“The difference between that and actually being in a crowd, or seeing people after a show, is that they’re right in your face. They want more. And although they’re not horrible people, they don’t recognise this shyness thing that happens to me, because they only see the performer. That’s where there is no safety net.”

At the request of Prime Minister Helen Clark, Mahinaarangi performed at the opening of Parliament in 1999, and she was awarded the New Zealand Order of Merit in 2008. In spite of this, she would say she had no ambition to be famous. But she did have ambitions for her songs.

“In terms of being an ambitious musical performer, I am certainly not that. I am an ambitious writer, I’d like my music to be done by thousands of people I’d like it to be bought by someone really famous who will make me rich. I’d love that, that would be great!

“But I also am really glad that there are people who are not famous, folk clubs around the country or different groups of Māori are singing my songs where they feel comfortable. To me, that’s like I’ve lent someone some clothes and they’re still wearing them. Those clothes are still keeping them warm. That’s much better than money.”

REVIEW: Love Me As I Am: The Music of Mahinārangi Tocker

Mahinaarangi died on April 15 2008 in Auckland’s North Shore Hospital, following a severe asthma attack.To mark the tenth anniversary of her death, a who’s who of her fellow singer-songwriters - including Annie Crummer, Anika Moa, Don McGlashan, Shona Laing, Charlotte Yates, Moana Maniopato, Emma Paki and Hinewehi Mohi - came together in March at the Auckland Town Hall under the creative directorship of Tama Waipara to for Love Me As I Am, a concert in celebration of Mahinaarangi and her music.

Her songs - those clothes, as she sometimes characterised them - are still being worn, still keeping us warm. 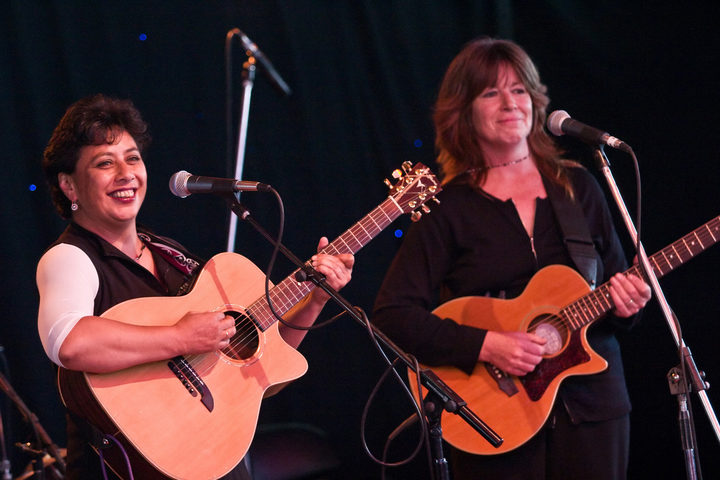