REVIEW: Homegrown is where the heart is

A Homegrown virgin takes her first plunge into Wellington's festival of Kiwi music, and finds enthusiastic crowds, a deep cross section of the NZ music community, and lots and lots of glitter.

If you were to make an assessment of New Zealand’s only annual music festival dedicated to local music by my social media algorithm and super woke pals you might think that the downfall of civil society was imminent.

None of us had ever been to Homegrown and none of us would be caught dead at the sell-out festival on Wellington’s waterfront.

A small sample of my Facebook newsfeed: “HomeGROAN” some had lamented. “Dude brahs/bogans/munters all over the city” others warned. “Oh that’s why town is awash with *gasp* hordes of young people!” one sharp observer realised.

So it was with some trepidation that I made my way to Wellington’s waterfront on a blustery, drizzly Autumn day. Upon arrival it was clear I was not with my tribe. I had made fashion choices based on comfort, dryness and warmth (a wooly hat, heavy duty rain jacket, and warm layers). Most of the other Homegrown punters were in full scale festival wear (read: scant and hypothermic to my eye). Fear started to seep into my soul like the moisture from my least water-tight sneakers.

Drifting over to The Lab Stage I was confused, why was there only a drummer onstage playing along to some backing tracks? This was Dead Beat. A sort of onstage drumming karaoke performance where only Shelton Woolright has a turn. People were loving it. 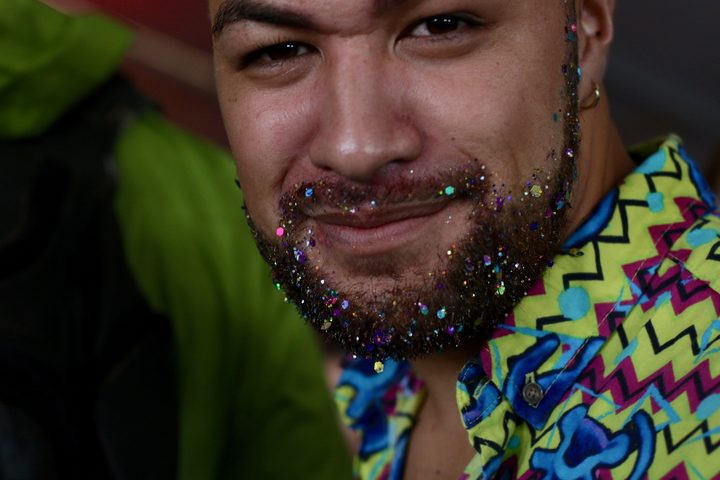 It was time to steel my nerves with a drink. But alas! Not a craft beer in sight! Nor a gluten-free cider! How would a PC snowflake like me survive into the night? In my malaise I caught an early afternoon singalong to Christchurch trio Nomad, who were our local answer to the very popular and soothing George Ezra.

Being a stereotypical Wellingtonian, my bass-tuned senses quickly guided me towards the sonic safety of the dub/roots stage where the NZ Marley All-Stars were conducting a hearty singalong to many of Aotearoa’s unofficial anthems as penned by Uncle Bob Marley.

The name ‘all-stars’ is no understatement, vocal powerhouses Annie Crummer, Ria Hall and Anna Coddington bringing the much-needed diversity to the otherwise overly male Homegrown 2018 line up. The rest of the band comprised of Silver Scroll winners, Kora, Katchafire, L.A.B, and Shelton Woolright, who had sprinted over from the other end of Wellington’s waterfront to get behind the kit. There was more of Shelton to come, as he ran back in the direction he’d come from to provide percussion for I Am Giant on the Rock Stage over in the TSB Arena. 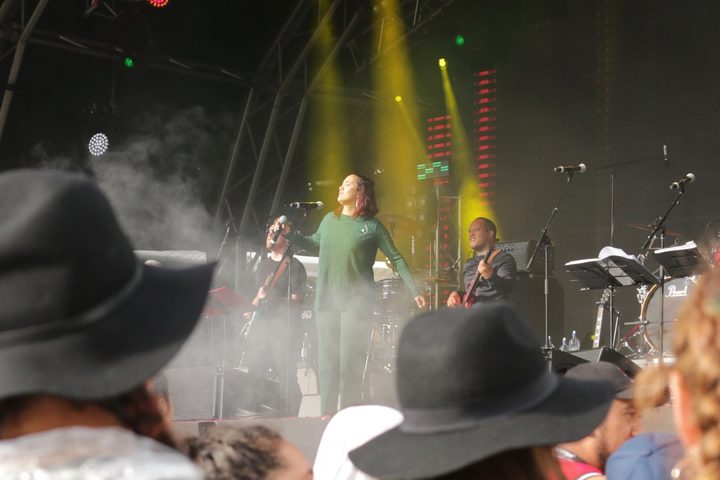 The only other musician with as many appearances as Shelton was Tiki Taane who had begun his day mixing sound for DJ/Producer Cymbols on the Electronic Stage, then onto the Dub/Roots stage with the Marley supergroup, to then close the night with the bombastic and roof-raising drum n bass band Shapeshifter. Preceding Shapeshifter were hometown faves Fat Freddy’s Drop, whose two-hour set included a guest appearance from the radiant Ladi6 on ‘Roady’.

I am not sure whether I subconsciously started a pointless competition against Shelton Woolright, but I reckon I walked the Capital’s waterfront more than him and thus encountered more physically unsteady, revelling punters who were determined to have a good time with their crew, gal pals or “da boyz”.

"For da boyz" @cai_ross these homegrown punters are HARD @jimbeamhomegrown

Messy as the crowd were, no one was aggressive. No one was boorish. In fact everyone from punters, munters, security staff and even the on-duty constabulary were nothing but friendly, accommodating and polite. Everyone was there to have a good time and they weren’t going to ruin yours either.

Che Fu and a new iteration of the Krates had much of their late afternoon crowd singing along to ‘Waka’ and Supergroove era ‘Sitting Inside My Head’. 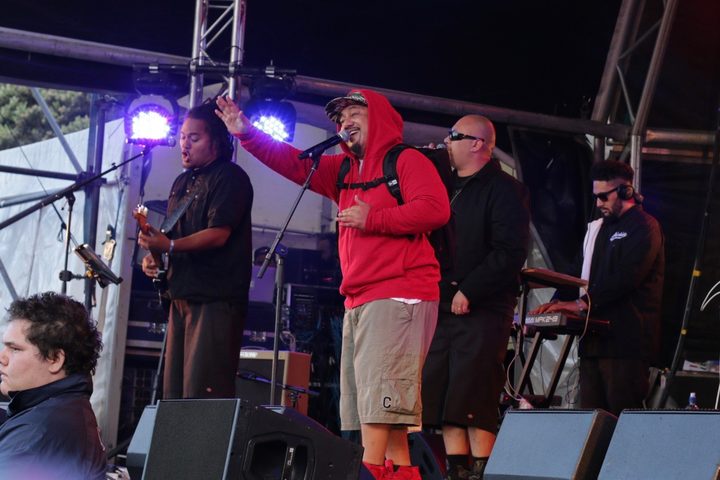 Singalongs seemed to be the trend for the whole festival. The Feelers led a pub-worthy a cappella of The Exponents song ‘I’ll Say Goodbye (Even Though I’m Blue)', and later Elemeno P had a sizeable and enthusiastic crowd who lapped up their hooky pop riffs. Not a word was dropped by the audience during ‘Fast Times in Tahoe’. There was an obvious glint of adolescent nostalgia amongst the crowd whose grins could not be wiped off as frontman Dave Gibson gave them what they wanted.

Rock Stage closing act Devilskin too had their crowd singing passionately through their blistering set. The audience even knew the words to songs by relative newcomers, like Ed Sheeran wannabe Mitch James.

Dave Dobbyn’s sizable contribution to the canon of Aotearoa’s songbook cannot be disputed. A densely packed all-ages crowd sang all the words to the Dobbfather’s best hits and when fellow Dude Peter Urlich jumped up for a rendition of ‘Bliss’ and ‘Be Mine Tonight’ it showed that those 40 year old pub anthems can mature into something altogether more wholesome and meaningful.

South Auckland-boy-done-good rapper and current EDM superstar Savage interestingly invited a stage invasion of young women to let their hips ‘Swing’ a la his Gold record hit. His crowd was a raucous, booty grinding lot and yes many sang along to his second US Gold record hit ‘Freaks’. It was Savage who noted that “It’s a sausage fest up here” onstage.

For all the calls on Homegrown for its lack of gender diverse line up and te reo Māori music, the festival’s audience was the most diverse that I had encountered in many summers.

Not to say that the observation of the line-up choices are incorrect, but, rather, how does that balance up against the multicultural, mixed-aged crowd who represented all of Aotearoa's musical tribes?

If Laneway Festival is the home of hipsters, WOMAD for world music, and other musical cliques catered for across the festival menu, then surely an event that simply gives New Zealand music fans a good time to enjoy bands they know, with their friends they love, cannot be argued against? Who is the arbiter of taste to say otherwise?

Homegrown reflects who we sometimes forget we are: a bit messy, fun-loving, unfussy and loyal fans of local music. They will always turn up, they may sink a few too many, but they will always sing along and sway along with a big smile on their face. 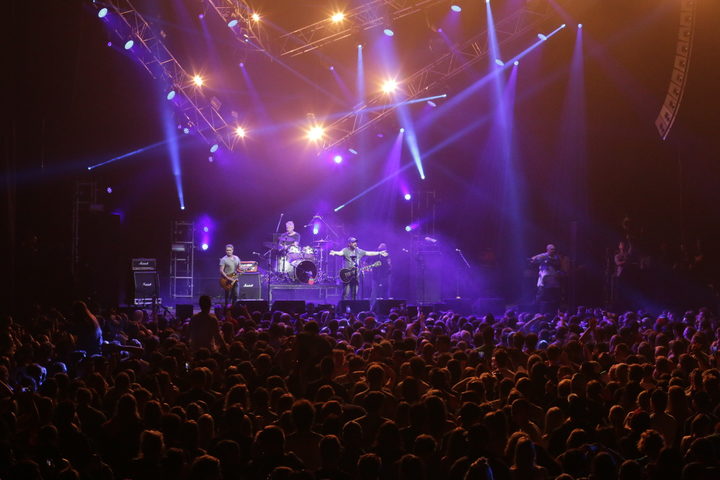 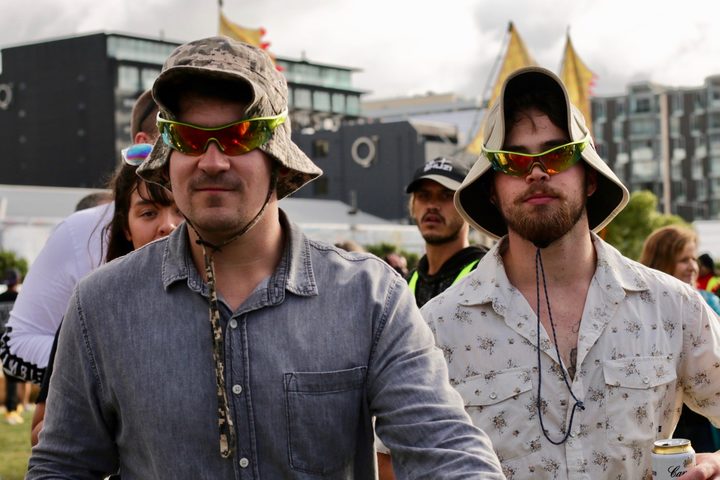 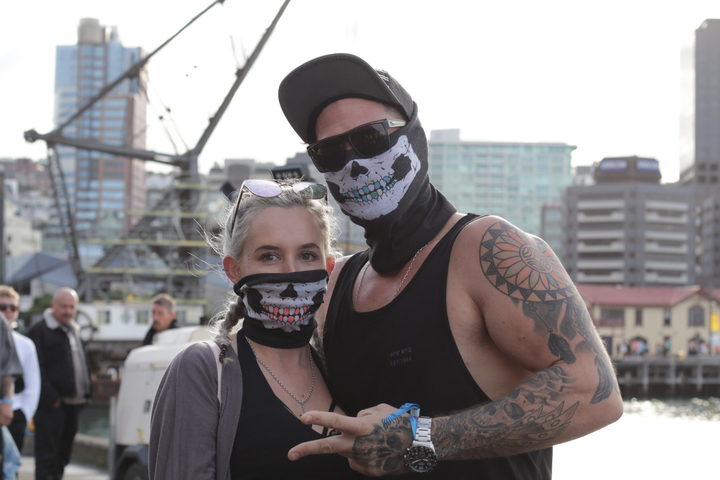 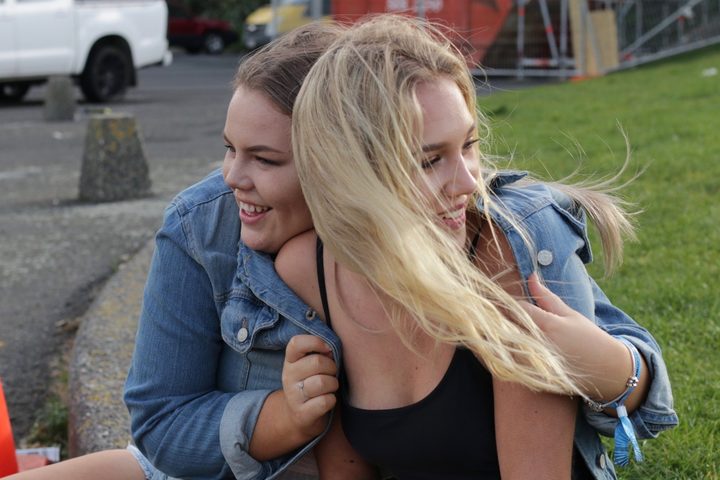 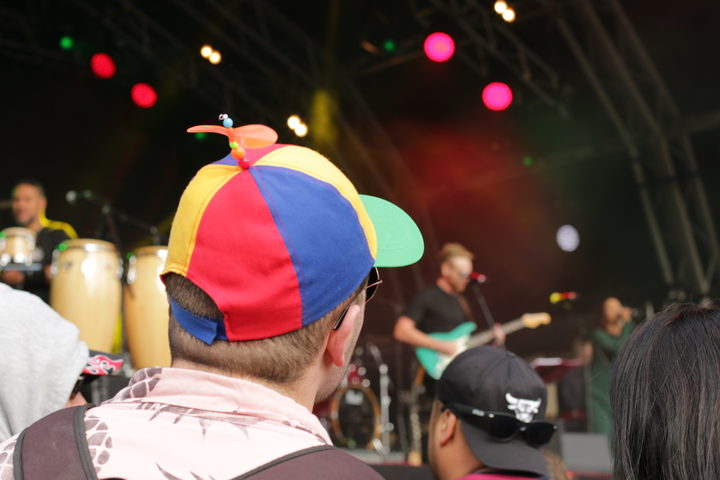 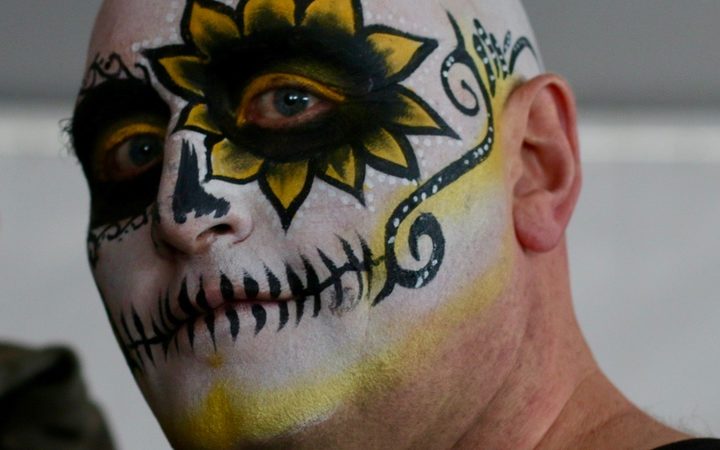