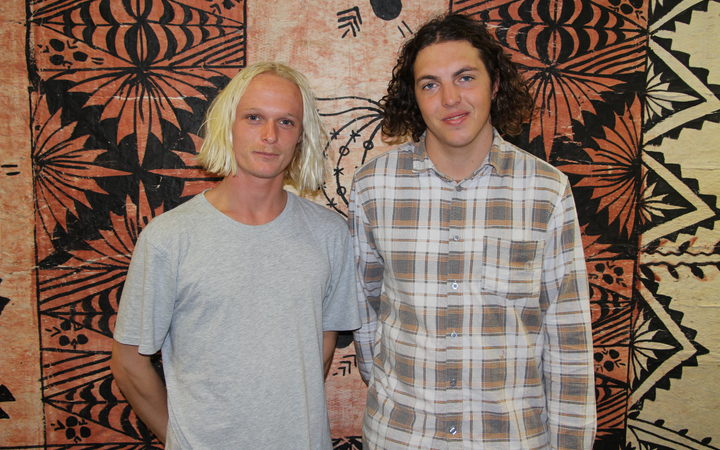 The two guys from Hockey Dad might hail from the diminutive Australian town of Windang, but they've achieved success far outside it.

Zach (23) and Billy (21) started the band in between surfs, and they've just seen their second album Blend Inn reach number 6 in the Australian charts.

Boasting a huge sound born from a three-guitar-amp setup and an array of pedals (which Zach tries to keep secret), Hockey Dad shook the RNZ studio with a couple of songs during their sold-out NZ tour.