Michael Upton has been making exploratory electronic music under the name Jet Jaguar for 22 years now. To mark the release of his sixth album Everything Happens, For Some Reason, he spoke to RNZ's Tony Stamp. 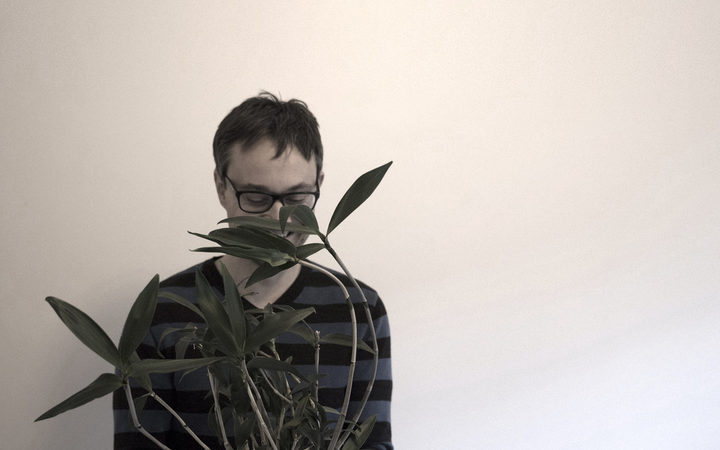 “My music’s moved away from being influenced by hip hop and that kind of sampling culture. It’s [become] more about what most people would call ambient music. It’s never been a conscious thing… It might just be part of getting old.”

Wellington producer Michael Upton has been making music as Jet Jaguar for twenty two years now, operating independently for much of that time. His early work was driven by dub basslines and beats, but his two most recent albums have seen him drifting into increasingly ambient realms, with an emphasis on ‘found sounds’ – a recording of a pond in Vietnam, a jar of lentils being shaken, and so on.

The effect is like eavesdropping on the soundscape in Michael’s head, a comforting sonic tableau that is unlike most other electronic music being produced.

“I’m really interested in sound in and of itself, and I’m interested in the musical aspects of an environment. I think there’s more personality in sounds that exist out there in the world… although they can be hard to wrangle.”

Ensconced in the RNZ studio while on a lunch break from his day job, Michael explains that while synth tones and drum machines are still employed in Jet Jaguar songs, they’re being overtaken by noises Michael has captured himself.

“One of my starting points is going out and doing recordings. I’ll make a recording of a particular location, in the hopes of finding something interesting in that. I’ve done a bunch while travelling overseas. They could be quite mundane sounds like public transport or a park, but they’re interesting to me because it’s somewhere I’m unfamiliar with."

“Some of the sounds on this most recent album extend back to a trip I took to Vietnam twelve years ago. One that’s appeared on tracks over the years is a frog pond in Hội An. There were hundreds of frogs, and it just sounded like this dubbed-out madness. I thought ‘if I ever put this on a record it’ll just sound like I’ve processed it until it’s this unrecognisable cacophony’. But actually that’s just what it sounded like. Hundreds of frogs chattering away in the night.”

But a trip overseas isn’t always required: objects closer to home are often employed as percussion. It’s a technique Michael discovered years ago during a session with a jazz band, when a jar of lentils was used as a shaker.

“I do a lot of walking around the house trying things; knocking and tapping and scraping”.

Many of these become part of an on-going, evolving collection used in Jet Jaguar songs.

“There’s this funny thing with electronic music where people feel like they need to reinvent their entire sound palette every time. You don’t. It’s not like if I was an acoustic guitarist I’d go ‘I’ve done the acoustic guitar sound before, I’d better stop!’” 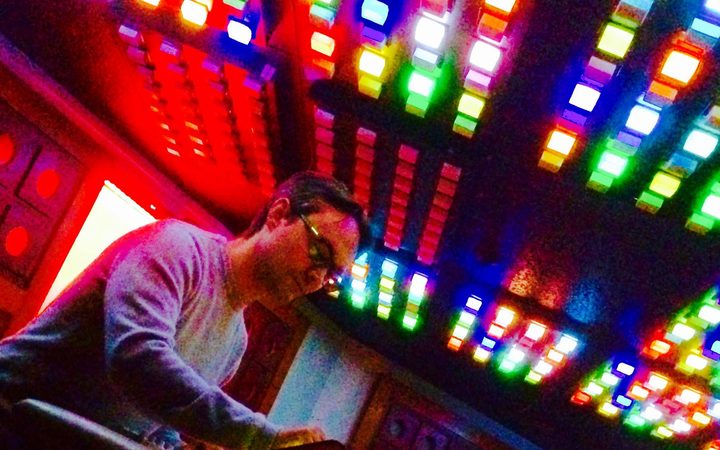 As you’d expect from a musician as thoughtful as Michael, he has some strong opinions on the creative process.

“I feel like people want music to be all about the emotional investment of the creator. I’m invested in what I ended up creating, but it’s not me doing an Adele or something like ‘I’ve got to let you all know how I’m feeling about this thing’. I strongly believe there’s a place for all those different inspirations and ways of thinking about music.

“Popular music criticism tends towards ‘ooh, this person’s baring their heart’, and that’s the only way they can quantify it.

“I really hope people connect with my stuff emotionally, and that’s what I aim for. But the starting point is typically a formal idea that I try to work through, like ‘what happens if I try these things?’”

Michael admits to feeling defensive about this topic. He makes music that is carefully considered, that exploits the intricate possibilities afforded by modern technology.

“Even among people making electronic music there’s still a tendency to want to lean on a performance angle, like ‘yeah I’ll just jam it out, man’.

“The idea that you might have to chip away at something for ages, and maybe come back to [a track] and – perish the thought, think about it, that’s maybe [perceived as] not so cool.

“Again, it comes back to that idea that you’re supposed to have this primal emotional outpouring and that’s what makes good music. I think there’s lots of good music that’s not like that at all."