Leisure and the APO: "I’m pretty sure it will never happen again in our lifetimes"

Playing with the Auckland Philharmonia is a big deal, and the traditionally laid-back R&B five-piece Leisure aren't treating it lightly. 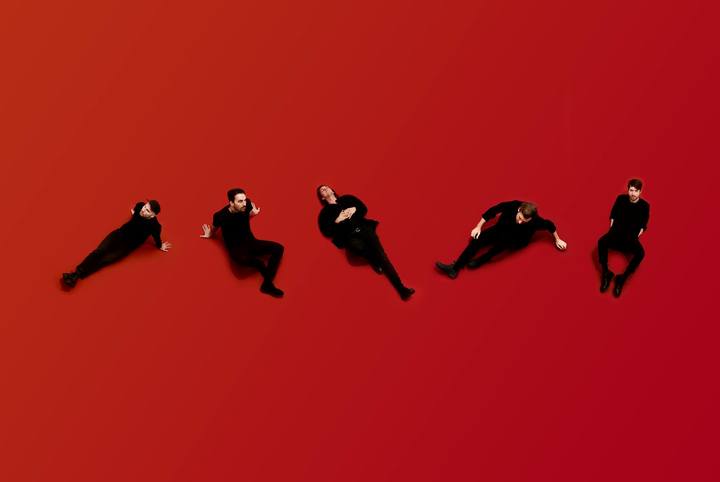 Leisure are one of the most aptly named bands this country has. Sure, it’s not a particularly Google-able name, but the band are renowned for their laid-back approach to everything: making music, being interviewed about music, even performing music – all get the chill treatment from the group.

Even so, during our interview, they vacillate between utterly confident and almost overwhelmed about their upcoming show with the Auckland Philharmonia Orchestra.

“Even though we’ve known about it for a long time it still feels like a pipe dream... but it’s next Friday. We’re good to go and we’ve been practising heaps and we’re nice and tight and it’s too late now!" band member Jordan Arts (aka High H00PS) says with a grin.

The group are certainly excited: "For me, I almost had a single tear roll out. It’s so cinematic, it’s all your favourite big cinematic movies all rolled into one, but it’s a version of your song that you’ve already been on an adventure with," says Jordan.

“I think also with an occasion like this ... I’m pretty sure it will never happen again in our lifetimes. It’s at the Town Hall; it’s in our hometown, and we’re playing our songs with a 72-piece orchestra. It’s crazy.”

"The guys have been teasing me quite a bit because they know I’m probably the most likely to cry. A six-foot-eight man in tears shredding a solo.”

Founding member Jaden Parkes (formerly of Goodnight Nurse) explains that that band's been playing along with MIDI versions of the 72-piece orchestra's arrangements. It's so they can identify moments within the songs where they might need to strip out some of the original parts.

“There are some songs that are very cinematic, over-the-top and emotional and there are some that are quite psychedelic and really interesting. It’s really taken some of the songs to new places, which is quite exciting," Jordan adds.

RNZ Concert will be recording Friday's entire performance for broadcast at a later date.

Who: Leisure and the Auckland Philharmonia Orchestra