Adrian Sherwood on why reggae took over the world 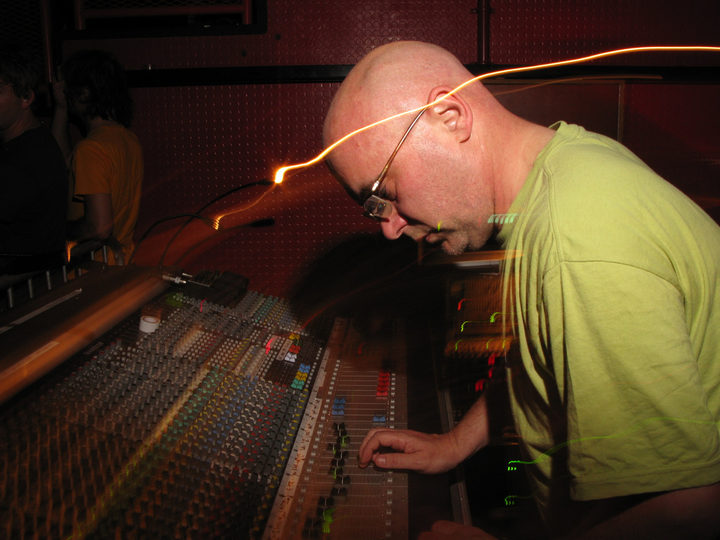 Adrian Sherwood is one of the world’s foremost champions of bass culture. He's collaborated with Lee ‘Scratch’ Perry and David Lynch, remixed bands such as Depeche Mode and produced Dave Dobbyn’s 2008 album Anotherland.

Sherwood begins our interview with a very complimentary observation about the state of reggae and roots music in Aotearoa: “Forget Australia. New Zealand is the place.”

He's well qualified to be giving his take on the global state of reggae, so his positive comments about a genre often maligned as ‘BBQ reggae’, are welcome.

When he was barely out of his teens, Sherwood – a UK record producer and label owner, had already released a catalogue of Jamaican dub artists on imprints such as Carib Gems, and Hitrun Records. Today, a handful of those releases, such as Carol Kalphat’s 'African Land', are some of the most sought-after vinyl on the collectors’ market.

Sherwood's deep connection to reggae can be traced back to his years growing up in London and listening to songs such as 'My Boy Lollipop' by Millie Small, one of the first reggae/ska songs to crossover into mainstream chart success.

“I grew up with a lot of West Indians, first generation people who had settled in the community where I lived, from all parts of the Caribbean. So I was hearing all these records coming from the West Indies – not just Jamaican stuff, calypso and other things as well. But the reggae endured.

"Then along came version and dub and I found myself immersed in the business and one thing led to another and I stumbled into production."

Not content with bringing the Jamaican sound to its UK-based diaspora and its eager (and whiter) fans, Sherwood began 'crossing genres' and drew together artists from Jamaica, America, Japan and India – 'people from everywhere', under his On-U Sound label.

“With On-U Sound we set a good thing where we had lots of people working from different backgrounds together right from the late 70s into the beginning of 1980 ... it hopefully inspired people and they got it. We were in the right place at the right time with the right crew.”

He and his crew introduced the world to acts such as Tackhead, Asian Dub Foundation, African Headcharge, and Dub Syndicate at a time when world music, dance music and rave culture were radically altering how people partied.

But even as hedonistic as the music-making process was, the message behind the music always mattered to Sherwood.

“I think we have always attempted in our lyrics and vocals to make them ... progressive and 'fight down the system'. And the instrumental stuff I’ve worked on, I’ve tried to push boundaries and tried to make something healthy that lasts.”

Sherwood says that when reggae and dub music was breaking through, 'everybody thought ‘this music is gonna change the world’ because it was so revolutionary'.

“The message from Bob Marley was heard all over the world and it’s a positive one that gathered people ... you know there’s lots of good people in all sorts of genres, but the reggae world is galvanised.”

“What reggae has done is it’s put its tentacles in all the corners of the Earth. It’s got sections in every record shop now ... It’s not massive anywhere, but those people who know – who got the message of Bob Marley, and all the early great things about fighting the system, the hypocrisy of the church and state and everything, they got the message and it’s affected world music, it’s infiltrated hip-hop, it’s infiltrated techno – everything.

"We’ve got jungle, dubstep – any genre you want to name, modern bass music comes from that.”

Sherwood won’t be drawn into making parallels between the racial tensions from 1970s UK, which were the backdrop to the punk, reggae and ska music of that time, and today’s rise of UKIP and anti-immigration politics acting as a backdrop to grime and dubstep.

“Thank god it’s not as bad as it was. But England’s always had that miserable moany undercurrent to it and I’d rather look on the positive ... It’s nothing like it was. In the 60s and 70s black people had to fight very hard.

"I’m not black [but] I get it. You look at displaced peoples who’ve had their lands stolen and continue to have their lands stolen ... the voice of the reggae people was the first shouting [about] that. And I wish people were much politicised like Peter Tosh than they are now.

"The thing is, music and art have been destabilised by governments – in England they’re destroying education. It’s so bad it’s unbelievable ... We need more people to come up and say 'come on let’s down the system'.

“But I am waffling on a bit,” he says with a chuckle. “But that’s what I actually believe.”