Los Angeles based songwriter Chelsea Jade charts her music career from busking in Auckland's Botany Town Centre to writing a chart-topping hit for EDM pop duo Chainsmokers. This year she'll release her own solo album Personal Best. She joins Kirsten Johnstone to play songs for The Mixtape and talk about her multi-faceted art. 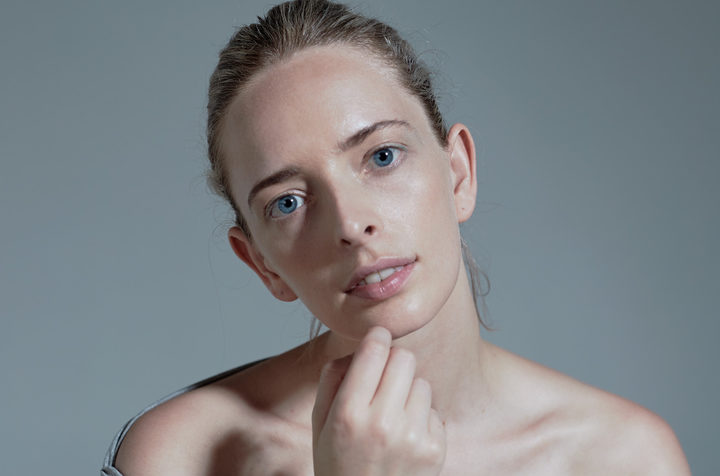 Chelsea Jade Metcalf has always loved pop music, since singing along to Mandy Moore and The Spice Girls as a child, but says she now has the skills, ability and collaborative processes to write her own pop hits.

"I shed any shame that I felt, it wasn't actually being generated through me, it was kind of how other people were making me feel about [pop]. I shook that off."

Chelsea's song ‘Laugh It Off’ is a finalist at this year's Silver Scrolls. Karyn Hay is hosting live coverage of the ceremony on RNZ National, 101 FM from 9pm on Thursday 4th October.

New Zealand has always been a bit weird about chart-topping pop, preferring oddball hits. But Chelsea Jade thinks the success of Lorde has changed our attitudes towards pop and carved a path for others to follow.

It was Lorde, who Chelsea Jade says she's known for a long time, who gave her a push to release her debut solo album, Personal Best.

"To be honest, she basically A+R'ed me, I was by myself, no manager. And she was the one who was like, 'Look, when are you going to make an album?' and she gave me a due date. I would send her demos, and she was endlessly encouraging. On my birthday she sent me a robe with my initials embroidered into it, and said 'You can write lyrics wearing this'. It's just really lovely having someone really invested in your progress, because it can feel like you're a jellyfish, being swept by the current all the time."

Chelsea Jade's album has been finished for a while now – and will be out by the end of the year, she promises – but she didn't want to just "present it to the internet". Instead, she's taken the time to assemble a team around her, and is currently negotiating with a record label.

In the meantime, here's her RNZ Music mixtape.

The Beths - Great No One

"The Beths are an Auckland based band, and one of the members [Liz Stokes] happens to be my best friend, and she belongs to my entire history making music."

Along with Talita Setyadi (now a celebrated pastry chef in Indonesia) Chelsea and Liz formed The Teacups, a whimsical trio of pitch-perfect harmonies and childlike sentiments.

"Liz remains one of the best songwriters I know. I just think the world of her and her work, and I'm a fervent Beths fan. I have this little fantasy of flying Liz to LA and just writing some pop songs with her. She's got a really interesting way with words."

Jenny Lewis - Trying My Best To Love You

"[Teacups] started playing together because we learned an entire Jenny Lewis record – Rabbit Fur Coat. We would busk with it on a Friday night, and that's how I got to know Liz. We were at the same school together, both taking guitar lessons. She thrived, and I... did not."

"And of course Jenny Lewis never brought that show to New Zealand, but then last year she put on a 10-year anniversary tour for that record, and Liz flew over to the States and we drove to San Francisco. And we cried through the entire show, over this record that we loved so much. She played it top to bottom."

The Spice Girls - Too Much

"I wanted to talk about 'Too Much' by The Spice Girls because I've listened to that song as a part of this challenge called The Baker's Dozen, which we played on the way from LA to San Francisco to see the Jenny Lewis show. The whole thing is that you listen to a song thirteen times in a row and let it take you through the different emotions of repetition. It starts out you're really excited and nostalgic, and then maybe you get a bit fatigued, and then there's this hysteria, of hearing it that many more times and then you just fall in love with it again."

"This song, you just never got sick of it. It's a beautifully put together song, actually. Maybe it's also quite innocuous, so it doesn't grate on you at all. And the fact it's called 'Too Much' - what could be more perfect playing Bakers Dozen."

"Boyboy is a really important presence in my life."

"We're also very productive professional partners, so we do a lot of sessions with other artists, and I feel really nourished by our collaborations.

"It was also lovely to hear this song in particular because it's got a sentiment that ... the main hook is 'I'd do anything for me, and something for you' and I think there's so much value in valuing and prioritising yourself.

"It's also a bit tongue in cheek. We basically laugh the whole time we're writing these songs."

"I found someone's phone footage of a Sevdaliza show, and I was just so totally transported into another dimension, I just think she is so important and special.

"She's this Dutch-Iranian artist but I'd never seen anyone with such command over their body."

Chelsea was a dancer as a child, and dance is still "so integral to how I listen to music," she says.

"That's how I first experienced music, at ballet class or in tap class. You hear the songs repeated so often, and you have these imbued gestures that you associate with moments in-between the beat. You learn to create space in songs with your body."

She brings her dance training into her music videos and her live show, with moves inspired by Belgian choreographer Anne Teresa De Keersmaeker.

"She takes everyday gesture, but then she slots it into a pattern. It's recognisable, like brushing your hands through your hair, or just really common phrases of movement that everybody does every day. It's not beyond the realm of everyday understanding, but then if you put it in a synchronised situation with many people doing it, or like four women doing it, it just elevates it. It's like pop music choreography as well."

After she released step by step instruction on her choreography for 'Life Of The Party' she received videos from about a dozen groups who did their own version of the dance.

"Every time I got one I was on the verge of tears, it was really touching. A lot of Russian teens are into it, strangely. I feel like my old style used to be kind of confrontational. But I've learned that it's much funner for everyone to feel like they're on the same team, and [to] give people those entry points."

"I first heard Feist on the background of someone's Myspace page, back when people had the audacity to have a song play automatically when you opened their website. But - it's that little cinch in your heart when you hear something and you feel like it belongs to you in some way. Feist is still one of my songwriting gold standards. She's consistently been making beautiful work, and I think very highly of Feist. In fact, I think I wrote her a letter once and gave it to a friend who was going on tour with her, I wonder if she ever got it. I was at art school when I wrote it, so it was probably really pretentious."

"This is such a good song. The reason I chose it is that I sang it at my friend [Alistair Deverick] Boycrush's wedding, and it was the funnest night. It was the night before I moved to LA and so it's really special."

Chelsea Jade - Life of the Party