Lucy Dacus' astonishingly confident second album Historian has cemented the 22 year old from Virginia as one of the standout artists of 2018. She speaks to Alex Behan. 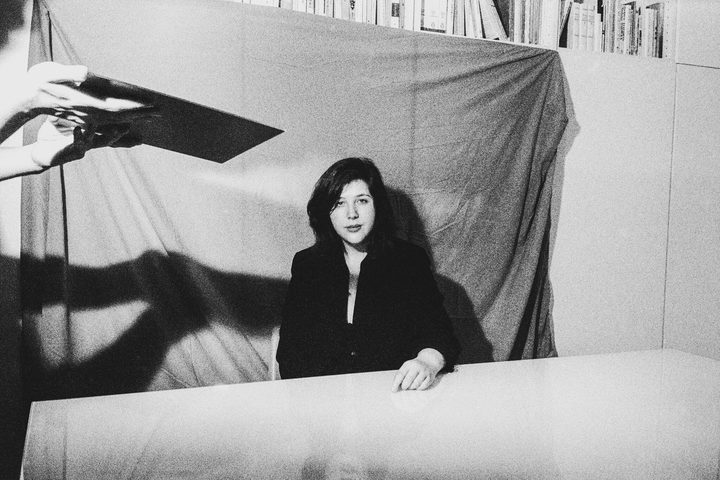 “I haven’t studied history, I couldn’t give a discourse in medieval literature, but I am a personal historian and I do a lot to take in the histories of the people around me.

“I take photos, I used to make films, I journal incessantly and I really value the documentation of life. Because it’s almost like you are making something special by wanting to make it exist in an object – on paper or even just in the computer making these recordings making this music. It's honouring the things that matter to you and take up space and not just pass with time.”

Lucy Dacus seems a very considered person both in conversation and on record.

Her second album Historian has been hotly anticipated by the music press with huge profiles in The Ringer, The New York Times, NPR – all of whom note her carefully crafted songs and powerful melodic choices.

RNZ’s Nick Bollinger thinks Historian has the best opening line of any album this year.

At only 22 years old, the Richmond, Virginia native seems remarkably self-aware about it all.

“I already made the record ... so luckily that part is under my belt. Now it’s just kind of being able to communicate well enough – like do this interview with you. I have high hopes for how my fans will like it because I want to believe that if they like me they’ll like this because this is a very important thing for me.

“But there is a lot of crossing my fingers involved because so much about this career and art, in general, is subjective and open to chance and I try not to lean into those thoughts too often because they can make me anxious. But the overarching feeling that I have right now is excitement, which is the cousin to anxiety.”

That ability to see the duality of the emotional spectrum isn’t confined to her self-observations, it is also explored on an album that begins with a breakup and ends with a death yet somehow provides hope and laughter amongst the wreckage.

“Hope is kind of funny. You have to laugh at things in order to let them be what they truly are. Because nothing is only sad. Nothing is only funny. There’s context to all of those things. I just feel like you’re being realistic if you can laugh at yourself.”

Her first album was made in 20 hours as a favour for a school friend’s project. Obviously, she had been writing songs and storing them away for some time.

That album – No Burden , found some success on Bandcamp, a few people started whispering and she was scooped up by Matador Records for her major label debut. Historian was recorded over a luxurious ten days, but again it seems she had the songs in her pocket just waiting to be recorded.

“I knew that the next thing I wanted to make had to be something very integral to who I am. I wanted people to know something about me that I felt they needed to know before they could interact with any more of my art.

“So this feels like an expression of what I believe in at its core and what I think about most often. Now that it's out, I feel like I am going to be able to make anything. There are lots of things that I think about but I feel that the common denominator is how to overcome difficulty. This album is just a real long hard look at that.”