Chuck D: 'I always have a middle finger towards Captain Cook' 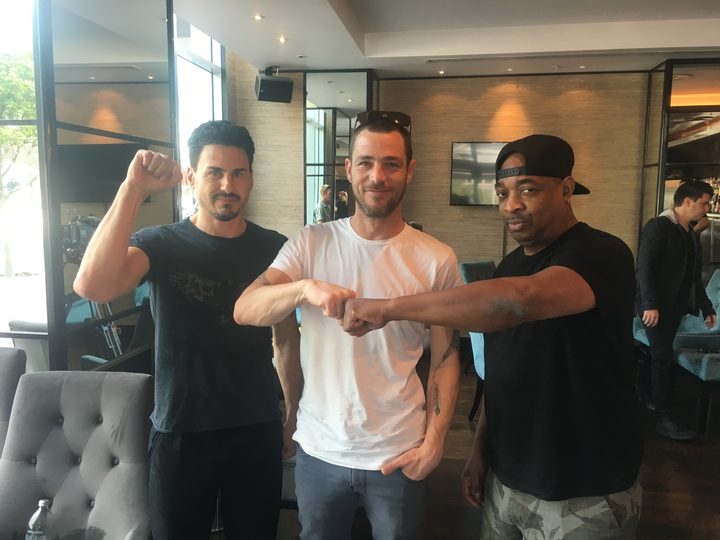 Sometimes when a band are touring it’s hard to get them off script. Doesn’t matter what question you ask them, they end up talking about the current album they’re promoting. It’s their job, and you can’t really hold it against them. It is the very reason they’re doing the interview.

It can be frustrating particularly when you know your interview subject has so much to say, a wealth of knowledge and stories. Sometimes, though, you sit back and enjoy it because either the interview subject has earned the right to talk about whatever they want or because the sound of their voice has you spellbound.

With Chuck D, it’s both.

As the founding member and main MC for Public Enemy, Chuck D’s reputation as a performer, his integrity as a rapper and influence in hip-hop is rarely understated.

In 2016 Tom Morello from the singer-less Rage Against The Machine (formerly featuring Zach de la Rocha and also Chris Cornell as Audioslave) asked if he would be interested in fronting a revamped Rage line-up along with B Real of Cypress Hill.

We’re talking about a nineties-crossover-rap/rock-mega-super-group designed to bring in fans from all three bands and sell out stadiums the world over.

Forming in the shadows of the 2016 American elections, naming themselves after an early Public Enemy song ‘Prophets of Rage’ and with a shared history of being openly critical of displays of state power it seemed clear this band would be about music and politics.

When asked if President Trump could be considered a public enemy, Chuck D is straight to the point, and then straight back off it.

“I think the world is just doing the SMH. The world is shaking their heads thinking ‘How can this happen’.  And that’s the thing about this band when Tom reached out to all of us he said ‘We can’t just get on social media and tweet about this, it looks like this is going to happen’.

“Our way that we can rebel against this is in the mosh pit and with music.”

“You kick the truth because the big business is all lies and they’re on steroids. So the need for the truth is necessary. The fact that we can do it with some strong music makes it very important.

“One thing we didn’t expect is the magnitude. It was understood that we were bringing people who are Cypress Hill fans and Rage fans and Public Enemy fans to the table with some enthusiasm. But what has come along is that Prophets of Rage fans who were possibly not fans of either bands and they’re a different age demographic.

“They are kind of saying ‘this is something we can nod our head to’ … and we’ve found in various countries that we’ve gone to that there are some Prophets of Rage fans from minute one that we wouldn’t have expected.

“Every once in a while your OG’s, your elders get a ‘cool pass’ from a younger demographic and you can’t predict that. If it happens then you just go with that and we happen to be anointed by younger people saying ‘cool – we’ll allow y’all to do that because y’all got the OG point of view of fifteen or twenty years and we feel that.

“We might not react to it right away while we’re raving and on some molly’s [laughs]. That has been new and it has been a revelation, and not one that we take for granted.

“So we come to the table and we know that when we hit the stage our main aim is to kick our resumes in the ass. I don’t care what show you remember from back in the day that changed your life, I’m trying to knock that show dead.”

That is a slightly redacted quote of what happens when you ask Chuck D a question about Trump.

Also present and equally as chatty in the interview is Brad Wilk, founding member and drummer for Rage Against the Machine. A precise and powerful drummer, Brad is softly spoken and the only thing he likes talking about more than how awesome it is to be in a group with Chuck D is how seriously we need to be taking injustice in today’s world.

“When I first joined Rage Against The Machine that was actually my true history lesson. That and ‘The History of The United States’ by Howard Zinn. Before that I had the wool pulled over my eyes. So I felt really lucky to have met people like Zach and Tom at that time to really open my eyes. It was really easy at that point to see just what an illusion is being created.”

It really is a lovely chat I try a range of questions but they all lead back to Brad and Chuck waxing lyrical about how much they love being in each other’s band.

I can’t blame them, it really does seem genuine. Their live show lived up to their own hype by all accounts. Their Auckland show was a high energy crowd pleasing stadium show with a masterful set list including all three bands major hits.

Chuck D is quick to respond and in doing so displays another clever tactic of the astute interviewee. Not only does he dominate the conversation and ensure that the interview stays on message, he also knows how to endear himself to a country, and give the interviewer a headline.

“So yeah I’ve been to celebrations in this country, I’m always very honoured. When I come to this country I have the Māori people in mind, but I also have a middle finger towards Captain Cook.”