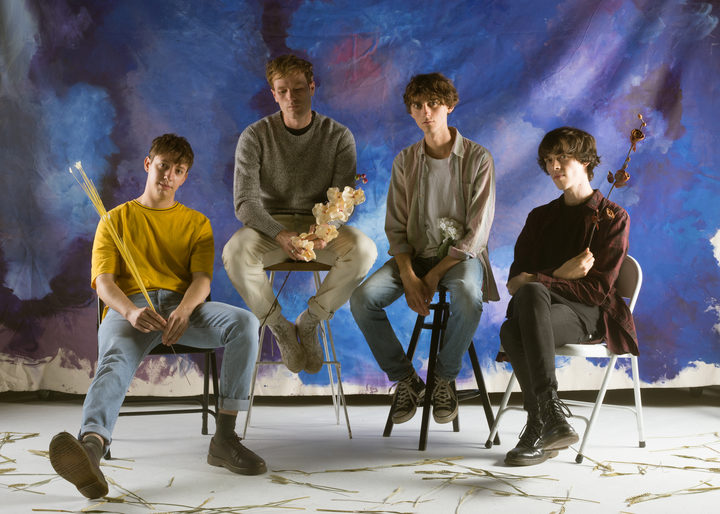 "We went through a very tricky time when we first started recording the album where we wanted to make everything Ulysses Masterpiece.

"We really did analyse a lot. In the studio we were basically given unlimited time to work on it which I think is a really dangerous thing to give a band, especially one like ourselves. We didn’t finish anything and it go to the point where we’d been in the studio three months and everyone started to get a bit worried at that point – externally they were like ‘what are they doing’?

"We listened back through it and it all felt a little bit soulless you know? Every little bend and kink had been straightened at that point we had to pull the pin and basically started again.

"Took the songs moved to a different studio worked with a different producer and we said we want to do this in two weeks. We just want to go in and play it. That seemed to be our answer to make things feel natural again."

As an indie band trying to make a masterpiece their benchmarks were high, possibly too high, not only in terms of the songs, but also in the way they wanted them to sound.

"We were looking for this grandiose sound and wanting to punch up there with the big guys when it came to production but we never really had the studio budget. It was a silly ambition.

"You listen to a Foals album or a Radiohead album. Those albums cost insane amounts of money to make because of the studio and the equipment and the time that is put in to that detail to make those albums sound so good. Then you listen to Car Seat Headrest and that sounds great but a different way in a way that doesn’t cost half the world’s pocket money to put together.

"So you have to work within your means to create the best sound you can with what you’ve got."