Shona Laing on her friend and collaborator Mahinārangi Tocker

The late Māori/Jewish/Scottish musician Mahinārangi Tocker was remembered with a special tribute almost ten years after her death from an asthma attack. For two nights in March 2018, the stage rang out with the songs of the prolific musician, played by old friends and colleagues like Charlotte Yates and Moana Maniapoto, and women who'd been influenced by her, like Nadia Reid and Anika Moa.

Songwriter Shona Laing speaks to Tony Stamp about Love Me As I Am, a tribute show to Mahinārangi Tocker, part of the Auckland Arts Festival. 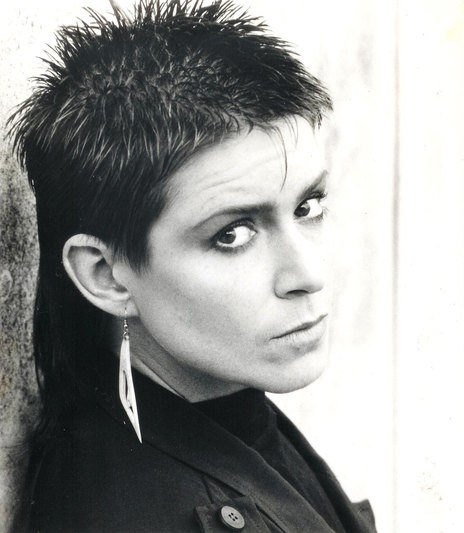 Tony Stamp: Shona, I read an interview with Mahinārangi from 2005, where they asked her which song she would most like to record a cover of, and she said, ‘I'd like to do ‘Caught’, by Shona Laing.’

Shona Laing: Did she now?

She did. Was there a mutual respect between you guys?

Totally. We were talking just briefly before about how emotional this weekend's going to be, because she was such an adorable human being. We're all reminded of how much we miss her.

But listening to some of those songs, particularly the Mahinārangi album, which Billy Kristian [aka Billy Karaitiana, bassist with Ray Columbus and The Invaders] produced, I just think it's fabulous. I just love it. It's got sort of every bit of her on it. It's got the amazing vocals, because she had that Mariah Carey thing going on. You know, like she's not just any singer.

How do mean a Mariah Carey thing?

Well, she had all those trills down. You know, the trills, the, what you might call acrobatics. I think Mahina was a bit more subtle, but she certainly had a quality in her voice that was just unlike anything else, really.

If you had to explain her legacy to a younger listener who didn't know her work, how would you describe her?

Well, I think if you look at the lineup [of Love Me As I Am], you know, the women sitting out in that back room out there, we've got ...Who have we got? We've got Emma Paki, and Anahera Higgins, and Kāren Hunter, and I saw Charlotte Yates just before. I think all the women that have ever come in contact with Mahina were just blown away by her astuteness.

She was just such a beautiful writer and she could go from being so complex, with signature changes and key changes and God knows what else, to like the songs I'm doing, which are really pop songs. ‘Picture on My Wall’ is just one of the best pop songs. I love it.

You've chosen which songs you're going to do for the show?

I'm doing ‘My Love Be Still’, which is from The Mongrel In Me show that I did, and I just, off the top of my head, said to Tama [Waipara, director of the show], ‘What about Picture on My Wall’, just to show that side of her, you know, that she did these rocking little pop songs?’ And then I saw that, yes, I was doing it, so it's been great.

She was incredibly prolific. I think there were 600 songs. Well, I've heard varying reports, 600 to 1,000 songs written during her lifetime, and I was wondering about that decision to pick just one or two of them to do. Was that tough?

I think it was probably spontaneous with me. ‘My Love Be Still’ was kind of ... went without saying. We're doing a different arrangement, which we haven't tried out yet, I think featuring strings, which will be lovely, a different kind of approach. But, yeah, it was easy for me and I think probably with other people, too. Maybe songs they'd already done with her or things that they just loved and thought, yeah, I'd love to do that. Just listening to the Mahinārangi album, there's probably half a dozen songs I could have chosen, but …

RELATED: New Horizons: Love Me As I Am

Tama was just telling us that you were catching up with some old friends out there, and I just wanted to go back to it being quite an emotional event. I'm assuming you guys were friends when she was alive?

Did you have mutual friends?

We're the same age, so I think we kind of compared our experiences. It was kind of a unique relationship,really. Both a bit political, so the whole Māori Pākeha thing came up a lot. I regard her as a magnificent teacher. She just, you know, she was a tyrant with the accent.

And what about other political things, like she was a big advocate of gay rights and acceptance of mental illness. Did those topics come up?

Absolutely. I did a couple of mental health gigs with her  in Wellington. Yeah, I worked with her a lot, actually. We did quite a few gigs, just the two of us, in between Mongrel shows, because [2005 album] The Mongrel In Me was pretty extensively aired. You know, we did WOMADelaide and Wellington Festival, so they were lovely gigs. 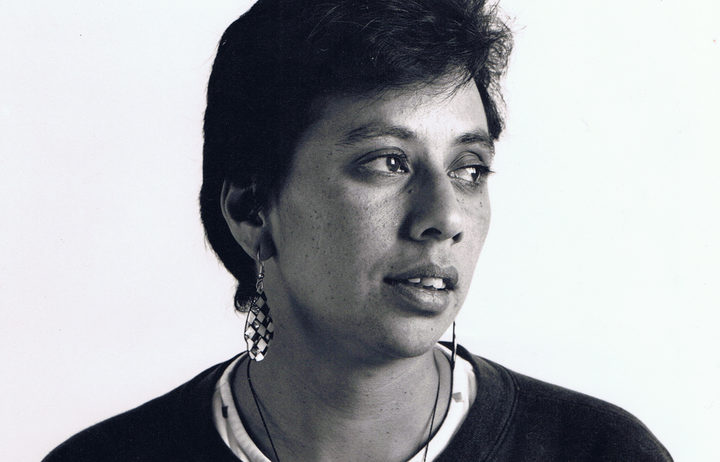 Did you ever write together, or jam?

No. No, I think we were getting to the point where we might have done that. We were rehearsing ... because she was so prolific. I mean, when we were working together, she'd pluck out a song and say, ‘Let's have a look at this.’

There was one day, we were just rehearsing something, and the two guitars, my guitar and her guitar, she was kind of on the ‘on’ of one, and I was on the ‘off’ of one, and so we got this sort of, this 16th thing going, and it was just feel. It was quite remarkable. So, yeah, it was a shame we never got to do that.

Yeah. You know, she had so many accolades for her voice, beautiful voice, songwriting obviously, rapport with the crowd...

Yeah, I mean, she got away with things, somehow. She had a charm about her that, perhaps if I said or did some of the things she said or did, people would look at me sideways. But, no, Mahina had a way about her. She loved flashing.

She'd always have a bra on, but she used to do that all the time. You'd be coming up, Mahina, and she'd go ...flash. But she was great. She was fabulous. 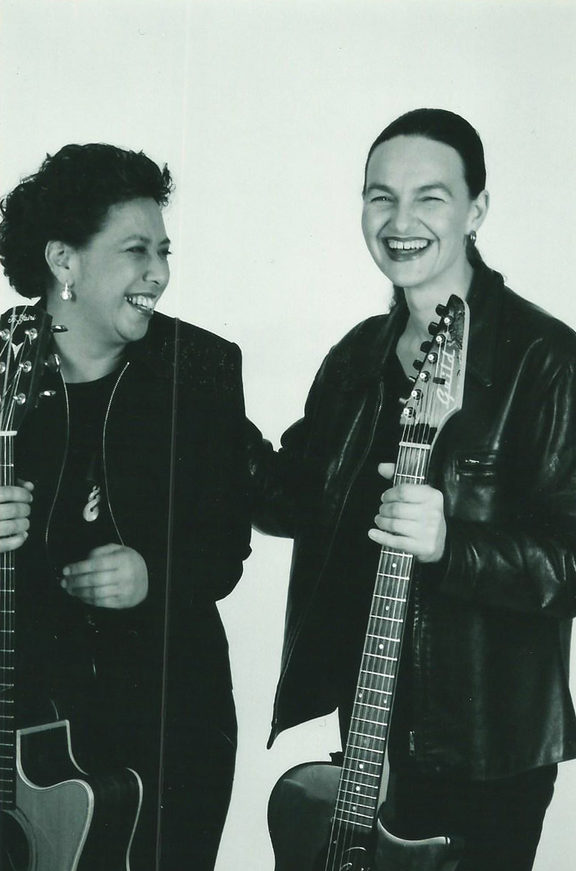 She was really funny, too. I've been reading a lot of interviews.

She was hilarious. She just was one of the funniest people. So quick.

And that real natural charm, it seems, as well.

Yeah. Who am I to say, but she was extraordinarily intelligent. You know, that's ... she just had a big brain and ... I think she did a lot of brainstorming for mental health.

You know, I think that was her job for quite a while, where she was just concentrating on ways that could be practically put into use, to make lives better, to acknowledge particularly Māori issues, I think.

I haven't actually asked how you became involved with the project [Love Me As I Am].

Tama just rang and asked me.

And you said yes straight away?

Well, first time I met Tama was working on the [2002] Te Ripo album,which I produced. I kind of translated, more than produced, but…

How do you mean, translated?

Well, she could be quite tied up when things were critical, you know, and recording an album's quite a critical thing. So, basically, I just saw myself really as being there to kind of understand what she was after and help her get that, really.

RELATED: REVIEW: Love Me As I Am: The Music of Mahinārangi Tocker

When Tama pitched it to you, what was his pitch?

Well, I think it's a tribute.

I think it's time. You know, I think if ... speculation, but if she hadn't left us, I think she would be quite a remarkable character now. Just that, you know, the country's changed in ten years. She'd be a grandmother. Yeah. Don't get me going.

I still miss her, you know. I really do. I've still got her contact in my email. Yeah, there are times I'd very much to like to talk to her about certain things that are happening in our dear country, that perhaps there's no one else would have the same viewpoint.

She loved kids, you know. She really believed in the future,and that things were going to get ... For all her sensitivity and depression and things like that, she was ultimately very positive about the future, I think.

Do you think things are better now, than they were ten years ago,in general?

I think the New Zealand music industry is definitely healthier than it was 10 years ago. No doubt about that. I think the world is a lot more confused,and that worries me because I have a feeling it's intentional.

I think it's worse, and that worries me. I always thought things were going to get better through my lifetime, but they seem to be getting worse.

Did someone tell you that?

That they would get better?

No, I think that was just stupid optimism.

You know, I think it's just all good grist to the mill for living in the moment. You know, that we do our best work in the moment if we're not too concerned about the future.

Shona Laing, thank you so much.

My pleasure. Thank you. 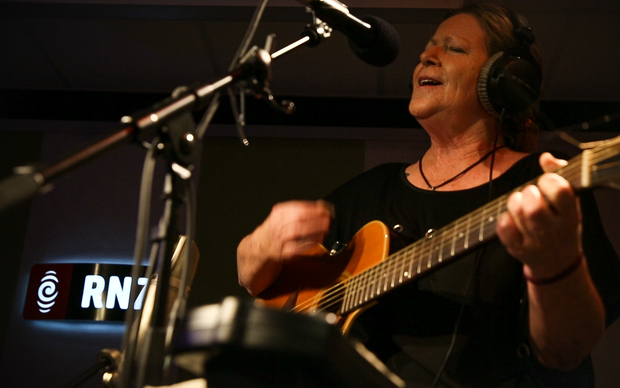