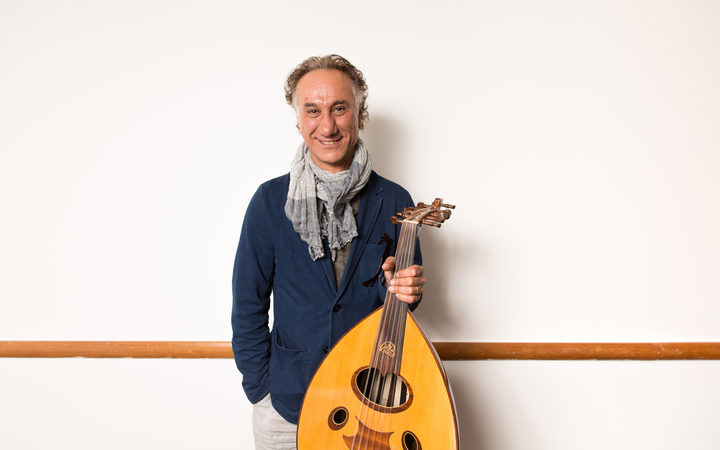 Iraqi musician Rahim Alhaj regards himself as a peace activist who accompanies his message with his oud, one of civilization's most ancient stringed instruments. Twice Grammy nominated, Alhaj is now an American citizen who was born in Baghdad and was imprisoned for his activism under the regime of Saddam Hussein.

His new album 'Letters from Iraq: Oud and String Quintet" draws from the stories and experiences recounted to him by Iraqui people following the U.S. invasion. He talked to Trevor Reekie backstage at Womad.