Justice: “We're happy not to be one-hit wonders." 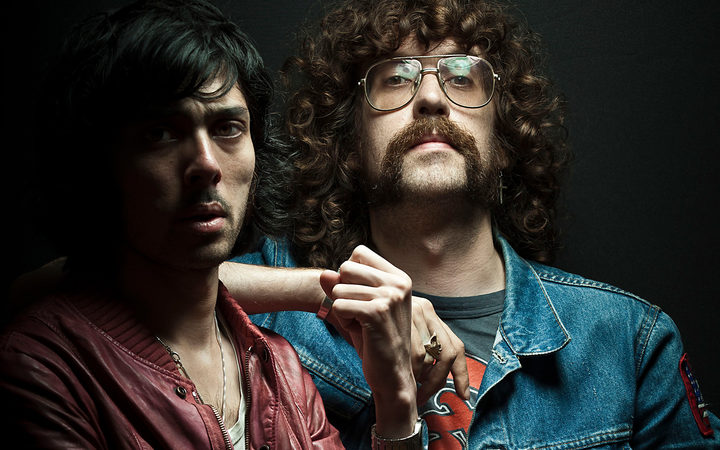 It's been ten years since French electronic duo Justice released their debut album, Cross, and music nerds are still at pains to identify the album's many samples. But, apart from the duo themeselves - Gaspard Auge and Xavier de Rosnay, no one will ever really know which songs they used.

“On the first album we used what we called 'micro samples': each note [we wrote] was replaced [by] the same note of sampled sound, so in one bassline you could have notes from four other songs.”

This attention to detail has defined the duo, who emerged from the French electronic scene following the worldwide popularity of Daft Punk. There are parallels between the two (the groups are big fans of each other), but Justice let go of their costumes and masks many years ago.

“I guess when we started there was a certain techno aesthetic in the way artists represented themselves. It was a lot about anonymity and there was a kind of militant aspect of electronic music.

“[But] for us, we were listening to the beach boys – it didn’t really make sense to have this kind of attitude so yeah, we’re just two guys making music and our influences have always been way more in to disco or pop music.”

This YouTube video, by a Justice fan, tries to identify samples from Cross:

The duo's attention to detail extends to their live show too: they're reportedly bringing 24 tonnes of stage equipment for their performance at Auckland City Limits. They’ve been touring their third album Woman with a typically impressive light show.

“We are happy not to be one-hit wonders you know?"

“Obviously we got lucky enough to be successful with our first album, but it was not like we had major hits, it was still a little bit under the radar. But yes we are very happy that we still can play show in Australia and New Zealand - for example, ten years after.”

Attention to detail aside, Justice are known for their joyful, inclusive lyrics, which the band have always written in  English.

“It would be really hard for us to write in French because the way we write in English is more genuine in a way.

"We just want the words to sound good because obviously, we’re not writing lyrics like Bob Dylan, but just to be on the edge of being simple without being stupid so that everybody can relate to them without having to take a dictionary.”

Justice are performing at Auckland City Limits on Saturday, March 3 at 8.15pm on the Spark 2 stage.