Jerron 'Blind Boy' Paxton plays songs live and talks about the historic roots of his modern-day music with Nick Bollinger.

Seeing Jerron ‘Blind Boy’ Paxton on stage can give you a weird sense of having travelled through time. A tall 29-year-old African American, dressed like he might have stepped out of an old daguerreotype, surrounded by vintage instruments  - banjo, fiddle, guitar, bones – playing a kind of music that predates sound recording. We’re talking 19th century.

Of course we’re in the 21st century and Jerron Paxton lives very much in the present. To him, the music he plays is neither dated nor arcane, nor something he has had to struggle to recreate.

Growing up in South Central Los Angeles, Paxton heard that ‘old stuff’ through members of his family, originally from Louisiana, for whom early blues and African American folk music was their listening of choice.

“This is my people’s music. It’s not music I have to look to find. I had grandmothers and uncles and aunts around me that played the same music they grew up with, and that music is still in South Central. Hip-hop is the music that blew up most recently, but the rest of the music is still there, it don’t go nowhere. I could make a living today playing Jimmy Reed covers in South Central because that music is such a part of the scene. People listen to Marvin Gaye and Lightnin’ Hopkins and B.B. King and John Hurt the same as they always have.”

Yet some of the sounds you’ll hear from Paxton predate even the earliest recordings of African-American artists. The banjo, for instance, is originally an African instrument though few early examples of black banjo playing were ever put on record.

“Until about the 1830s they were hardly ever played by non-African hands,” he explains. “Then there got to be a big craze of black music, and they’d all have a piece of it. Irish immigrants would come over … they had mean bosses and things and couldn’t express theirselves so they found the best way was entertainment. They’d put their makeup on and sing their version of the blues with a black face on and play banjos and play some of their music on the fiddle and they would get adapted into the banjo and the rest of country went sort of banjo crazy, taking African songs and African-American songs and playing them in a new way.

“By the time they started recording music to sell to common folks - blues, country music and all sorts of rural music – when that swing started to happen, blues took over and that was what they primarily wanted out of black culture. Black banjo players couldn’t make records, they weren’t allowed. They had to play jazz, they had to play pop tunes. They couldn’t play that old stuff.”

Paxton’s repertoire draws on his knowledge of thousands of old songs, which he reconstructs in his own way, investing them with his personal passion and humour.

“I work too hard to get some good stuff that’s from deep within the culture, which if you’re not from my culture you won’t probably ever get to hear. I take pride in getting that stuff, that real deep - as my folks say - the down-home side of things.”

A familiar verse might be followed by a more obscure one, perhaps from a tangentially-related song.

“Sometimes there’s missing links to ‘em, especially the way I learned music from my grandmother. My grandma loved music and liked a lot of different kinds of songs, but every once in a while she’d lose a verse, which was her whole approach to educate me. ‘I’ll get you started but you have to fill in where I leave off’. And that’s sorta what I’ve been doing, picking up from here and there.

“It’s still a folk process. You can sing the same old song but put enough of you in it that it’s a new song.” 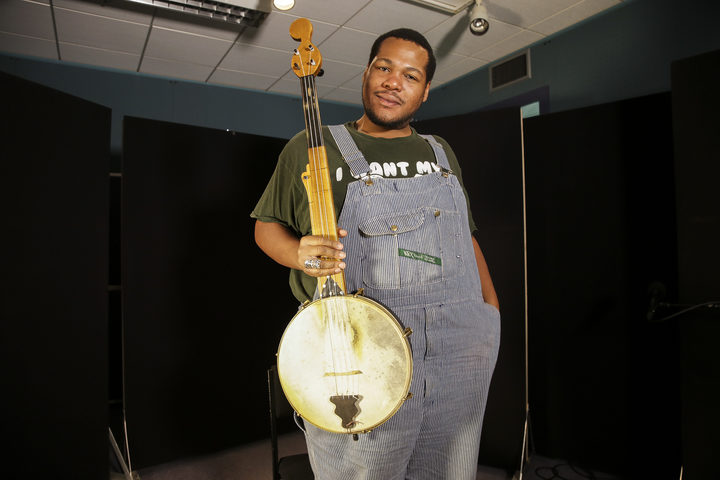