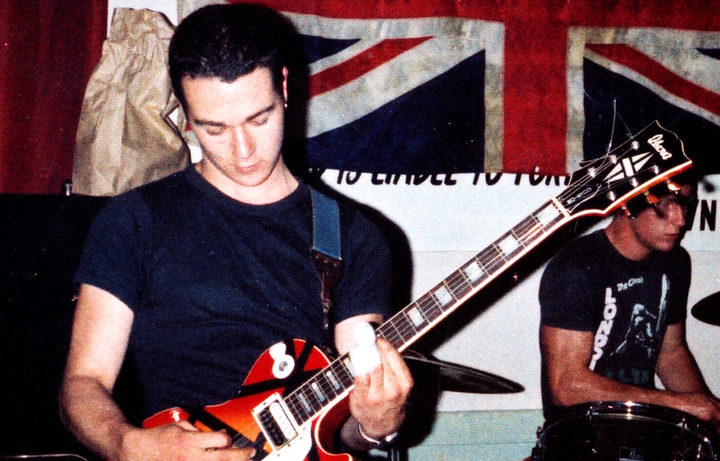 Andrew Boak was the guitarist with Auckland punk band, No Tag, in the early 80s. They're getting back together for 'Punk It Up', one of the last shows at The Kings Arms before it closes for good, alongside a host of other NZ punk and post-punk bands like Proud Scum and Flesh D Vice.

Andrew has had a multifaceted life in music, which has included stints as a roadie for My Bloody Valentine,  PJ Harvey and The Chills, running a house music label, and working in the offices of Rough Trade records.

He's lived in San Francisco for over 25 years now, and works in Silicon Valley, after he re-trained in 2007. On the side, he plays in a hard and fast punk trio Blank Spots, and a more shoegazey rock band called Skin Affect.

He talks through some of the music that has most affected him in his life, and tells tales of the punk scene in early 80s Auckland.

Blank Spots - Spare Change
"One of my two current bands in San Francisco. The more 'punk' of the two. We just put out our debut self-titled green vinyl LP on my own record label Green Recordings.

This one is great - to me it's got all the facets of a great punk pop song, all the 'woahhhh's' and a great melody, and the arrangement's good. This is one of my favourite songs on the record for sure."

The Clean - Anything Could Happen

"I think the Clean are the best NZ band that's ever really come out. I'd play this song to any non-New Zealander and say 'this is NZ music, and we're very proud."

"When we [No Tag] decided to pack up shop and go across to London, a few of us stopped off in America on the way, and we were in San Francisco. And the only kind of place we knew to have out was the offices of Alternative Tentacles records, which is Jello Biafra/Dead Kennedy's record label. So we were hanging out there one afternoon drinking beer and reading Maximum Rock n Roll magazine and listening to whatever American hardcore they were playing ... and Jello came out and said 'Hey - if you guys aren't doing anything tonight would you like to come and sing vocals on our new record' and we said 'uh, yeah' without telling him that we would have sold our grandmothers to sing on their record.

So we sang backing vocals on three songs, and this was one of them."

"I like to quote Robbie Shakespeare of Sly and Robbie when he says 'all music is good, because you learn from the good AND the bad.' And reggae's always been a big part of myself and it's a big part of punk rock as well. And this is just a really cool track that Harry Ratbag turned me on to years ago."

My Bloody Valentine - When You Sleep

I ended up doing stage management and guitar teching for The Chills, PJ Harvey, and My Bloody Valentine as Kevin Shield's guitar tech ..... and lived. Didn't get kicked off the tour bus in Arizona. He's a perfectionist, and had I given him a guitar not tuned correctly he would have fired me immediately.

You talk about them being sonic, I was working on side of stage, beside the wall of Kevin's amplifiers, and we were recording 118db. And that song there, when it kicks in, it was like, 'wow'. And that song still gives me goosebumps because that was the song they opened with, so I can listen to it and about 30 seconds in I get this wave of [relief] - thank god everything is working.

I toured as Stage Manager for "Songwriter's Showcase" featuring Guy, Michelle Shocked, Joe Ely, and Alain Toussaint, Guy and I became good friends ever after, I'd see him every time he popped through San Francisco... What a pair, a punk from NZ and a Country/Folk music legend from Texas! I recently went to his memorial gig in Nashville after he passed away early in 2016. Pretty much anyone who's anyone in "real" country (i.e. NOT Garth Brooks) performed at the memorial gig... very moving."

See No Tag at Punk It Up, Saturday Feb 17 2018 at The Kings Arms
Featuring: Proud Scum, No Tag (short set), The Johnnys, Flesh D-Vice, Wolfpack, bankRobbers, MISHAP, The Rocket Jocks and more. 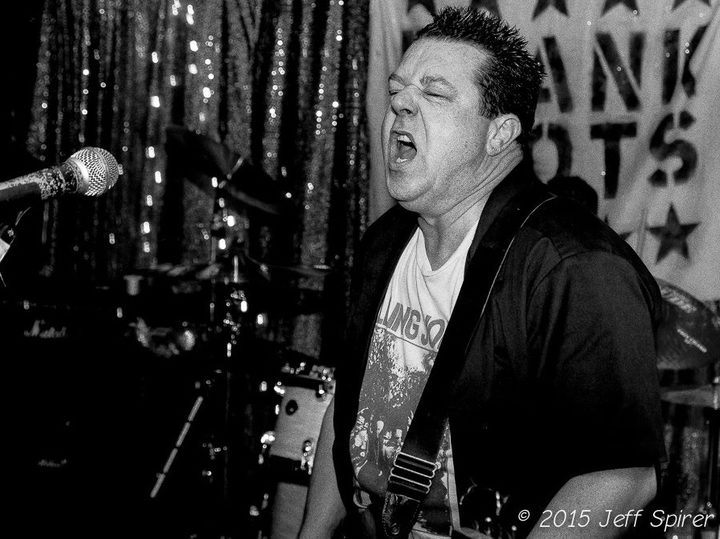 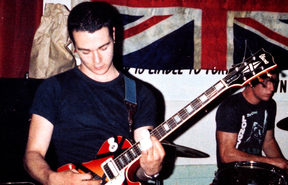