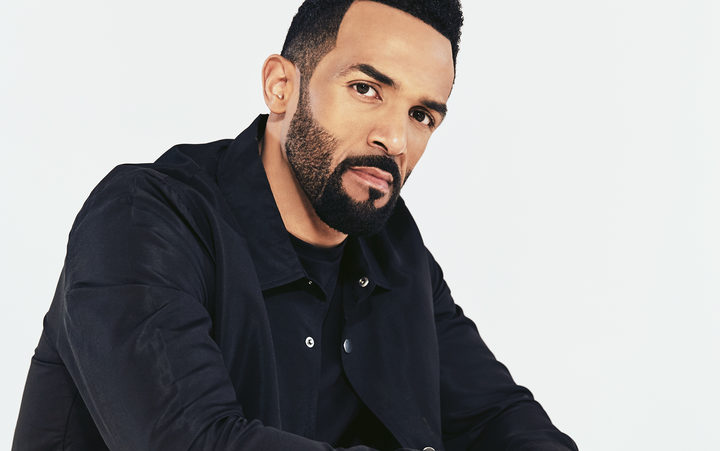 Craig David’s voice lowers. He says gently “one little thing… I didn’t want to correct you, but I just wanted to give you a heads up. The album from back in the day was Born To Do It.”

I’ve just finished interviewing the UK hit-maker, who’s currently enjoying a career revival, and evidently, I got the name of his debut album wrong. (Listening back later I discover I said ‘Born This Way’, ahem).

“It’s all good, I just didn’t want you to be that guy that said the wrong title and have people be like ‘bro, what album are you talking about?”

“Craig, I’m so sorry, that was a nervous slip!”

“No, it’s all good bro, I’ve got you! I was thinking ‘should I tell him?’ But I thought I should, ‘cause I want you to have an interview where everyone’s like ‘my man knows his stuff!’”

We keep chatting for a while. Craig seems in no hurry to stop talking, and I realise why the interview (the last of several he had that day) happened an hour after it was supposed to.

He’s clearly relishing having people around the world show an interest in him again, bursting with enthusiasm and gratitude.

“I’m so humbled because I never expected that to happen.” He explains. “I wanted to make an album for my fans who have been with me since day one.

“For them to be happy makes me happy, but to then have young 14 or 15-year-old kids say ‘have you heard of this new guy called Craig David?’ to their older brother or sister, and them going back in their collection and pulling out Born To Do It… all of a sudden they’re in their living room having a conversation about me from two different vantage points.

It is, he says, 'the most incredible thing for me to experience'.

David has actually worked consistently since Born To Do It came out in 2000. His 2016 album Following My Intuition was his sixth, and the first since his debut to reach number one in the UK charts. I suggest that in hindsight the title must feel appropriate.

“It’s something I did the first time around with Born To Do It. There was something in my heart that was saying I needed to stay in and finish these songs that I’d started. And that meant on many occasions telling my friends, when I was a teenager, ‘listen I’m not coming out tonight to go clubbing or drinking, I need to finish this song’.

“Seven million albums later, you realise you were following your intuition.”

He was eighteen when that happened, half his lifetime ago now (he’s 36). It sounds overwhelming, but he says he had no choice but to take it in his stride.

“I didn’t have anything to gauge it by. I was just enjoying the wave that I was on. I came from a working class family, living with my mum in a small flat. So to then have the opportunity to travel the world and play arenas… in hindsight I probably didn’t know how amazing it was, because it just happened so fast”.

The title of album seven is even more loaded: The Time Is Now.

“In life we tend to think ‘when I get this thing, everything is going to be good’. We tell ourselves that, and then you get the thing that you wanted, but you somehow still feel like it hasn’t completed you, and then you’re looking to the next thing again.

“I kind of realised that it’s the journey that’s life. The goalposts will always continuously move, so you need to anchor yourself in your health, your friends, your family… here, right now.

“That’s my message for the whole album.  Lose your worries, get away from it all, and just have a good time.”

Craig David is clearly having a good time. He’s flush with new success, and not taking it for granted this time.

He's also a bloody nice guy, generous with his time, and considerate enough to correct a random music journalist from New Zealand in the nicest way possible.